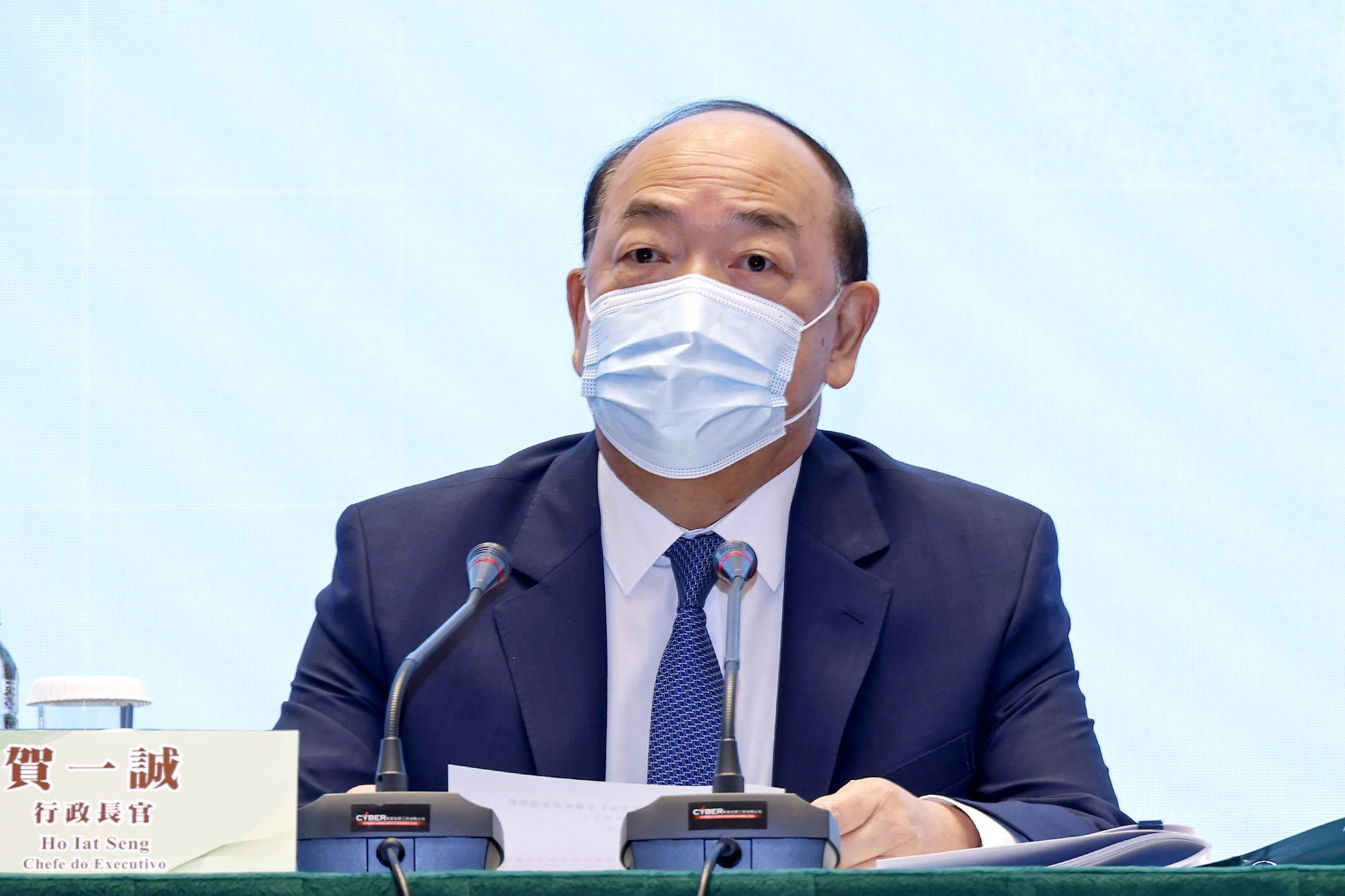 Ho raised the four points during a public consultation session on the amendment bill at the China-Portuguese-speaking Countries Commercial and Trade Service Platform Complex for Macao’s deputies to the National People’s Congress (NPC), the local members of the National Committee of the Chinese People’s Political Consultative Conference (CPPCC) and representatives from the political and legal sectors.

The chief executive delivered a speech during the session, pointing out that the proposed amendments to the national security law, which are slated to be submitted to the Legislative Assembly (AL) for debate and vote after the summer recess, are closely related to the nation’s long-term stability and Macao’s prosperity and stability.

Ho said that the current national security law, which was enacted back in 2009, needed to be amended because of the major changes in the international and external security situation and also due to the severe security threats that the country is facing from various areas.

Ho pledged that his government will listen to the views from all sectors of civil society during the 45-day public consultation period. He said the aim was to enable the government to respond more effectively than before to any national security challenges.

In his speech, Ho raised his four goals concerning the amendment bill:

– Gaining a profound understanding of the importance of the amendments. As national security and Macao’s security are facing new challenges and changes, Macao be must be proactive in tackling all kinds of security risks. Macao must have a strong and more practical law in safeguarding national security, in order to prevent and suppress any interference by external forces and to safeguard more effectively national sovereignty, security and development interests.

– Being aware of the challenges involved in the work of amending the law. The amendments proposed by the government are not only a response to the developing national security situation, but they are also forward-looking, based on current development trends and the need to target actual national security issues. Consequently, Macao must uphold its bottom-line thinking and conduct comprehensive risk assessments and precise judgements concerning the amendment process

– Actively taking up the role of leadership and stimulation. Safeguarding national security is not only the constitutional responsibility of the Macao Special Administrative Region (MSAR) but also the legal responsibility of all Chinese people including Macao residents. That’s why the government requires the full attention and active participation of all sectors of civil society and the whole population concerning the national security law amendments. All sectors should lead their respective institutions, social groups and organisations in taking part in rational discussions of the amendments, in a way that is understandable and acceptable to the public. This, in turn, should aim to facilitate critical deliberations and correct interpretation and, finally, to achieve social consensus.

– Opposing all disturbances and interferences. The amendments are a matter concerning the nation, the MSAR, and all local residents. During the consultation period, people with ulterior motives might make a big fuss over the proposed amendments, or even agitate in order to impede or undermine the amendment process through radical approaches. We need local people’s courage to refute all hostile attacks and untrue information about the amendments, and have a clear-cut stance on guiding the amendment process and eliminating all potential interference.

The 45-day public consultation, which began on 22 August, will end on 5 October. The consultation period covers eight sessions, the first one of which was held on Friday. Three of the sessions are open to all local citizens. Registration can be done online or by calling 8800 6323.