Ho Chio Meng, former Macau Prosecutor General, has been arrested and charged with fraud, abuse of power and document forgery 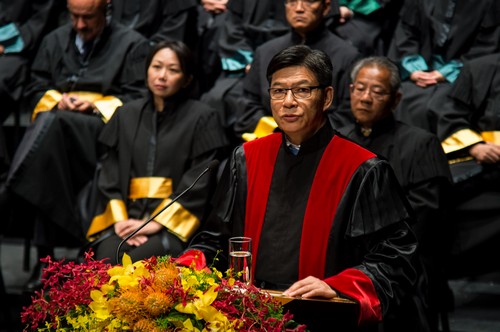 Ho Chio Meng, former Macau Prosecutor General, has been arrested and charged with fraud, abuse of power and document forgery , according to the English TV news of Macau television (TDM).

The city’s graft watchdog says a former head of the Public Prosecutions Office and main officers are suspected of colluding with a private company in exchange for bribes.

The Commission Against Corruption (CCAC) does not identify the accused.

However, Ho Chio Meng is Macau’s only former Prosecutor General.

He was appointed during the handover and remained in office until December 2014.

CCAC claims that between 2004 and 2014 an unnamed private company was granted contracts for outsourced services and projects worth at least 167 million patacas (U$ 20.8 million).

In return Ho and the other officers allegedly received bribes of around 44 million patacas (US$ 5.5 million).

The watchdog says the suspects are charged with fraud, abuse of power, document forgery and sharing in ill-gotten gains.

According to Radio Macau, Ho has been taken the court, which decided that he should remain in jail awaiting trial. The South China Morning Post said Ho was arrested Saturday night as he tried to board a jetfoil to Hong Kong .

Ho Chio Meng is Macau’s highest-level official to be arrested since the corruption scandal that brought down former Secretary for Transport and Public Works Ao Man Long in 2006.

In 2009 Ho Chio Meng was mentioned as a potential candidate for Chief Executive, running against Chui Sai On.