For those who have been in Shanghai and particularly in the “Bund” must remember a building, on the other side 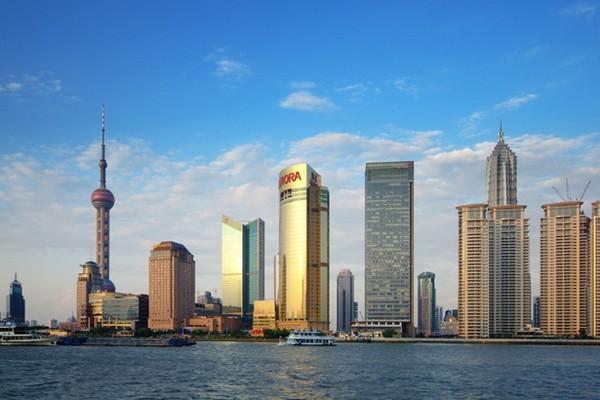 For those who have been in Shanghai and particularly in the “Bund” must remember a building, on the other side of the river (Pudong), with a giant screen – The Citi Group Building.

However who can imagine that the dispute regarding to the property of the Building between the Ding’s brothers is occurring in the Civil Court of Macau.

According to new articles of Ou Mun published in 6th, 17th of October and 18th of November, the dispute between Ding’s brothers extends to Macau. Ding Yu and the elder sister Ding Xiaohong brought a civil action in Macau against their brother Ding Gang and his ex-wife Su Xiaoping, requesting the Court to declare the nullity of holding of shares as well as their post in a company registered in Macau which holds indirectly the property of the Citi Group Building Shanghai. Both Plaintiff and Defendant claimed as the real owner of the building.

Both Ding Yu and Ding Gang claimed as the real owner of the building.

Ding Yu and Ding Xiaohong already lost a law suit in Hong Kong which lasted for 3 years regarding the shares of the mentioned Shanghai Company.

In the first day of hearing occurred in 5th of October, the witness of the Plaintiff, the legal advisor of Ding Yu explain to the Court that in the 80s, Ding Yu got rich through the steel material business and also by selling tv.

The mother of the Ding’s brothers stated that Ding Xiaohong, also Plaintiff is detained preventively in Shanghai since involved in a fraud case against Ding Gang’s shares of a Shanghai company reason why she didn’t see the daughter for 2 years. The poor mother wished that the parties can achieve an agreement for the family peace. When was asked who is the real investor of the building she answer Ding Yu. However when was asked how she knew this the answer was it was told by Ding Yu.

The second session of the hearing took place in 16th of October with the witnesses of the Defendant.

Mr. Sun, Vice President of a national company Shanghai Gao Qiao, stated that during 1994 to 1996, the company invested 7 to 8 million in a project of the Ding’s brothers company. The direct responsible of the project was Ding Yu, however, after some time, there was debts and Yu disappeared. With the intention to recover the investment, the national company granted a 2 million loan to Ding Gang for the deposit of purchasing a land where is the present Citi Group Building. After a few years, the debt was totally reimbursed by Ding Gang.

Mr. Bao, accountant of Ding’s brothers company since 1994, stated that Ding Yu had lost a lot of money in his financial investments. Ding Gang was very unhappy that Ding Yu used company’s name to request credit and stopped all the company’s power of Ding Yu and appointed Su Xiaoping as financial controller.

The accountant said that Ding Yu’s investment debt rose up to 8 million and was totally paid by Ding Gang. The project of Citi Group Building was investment by Ding Gang who is the person that gave instructions, took decisions and signed papers. Ding Yu did not have any power in the company.

The third hearing was in 17 of November, the Sub-Director of ICBC Bank stated that in 2001, Ding Gang representing Bading requested a loan of 230 million to finance the construction project of Citi Group Building, with mortgage of the land and the reimbursement was in 4 installments.

Mr. Tin stated that he witness the enrich process of Ding Gang and he was the one that gave the opinion to Ding Gang for not being simultaneously legal representative of 2 companies for business convenience.

The accountant of Hong Kong First Continental said that only she and Ding Xiaohong were working in the company. Although the Plaintiffs are literally shareholders, during 5 years she only received instructions from Ding Gang and only saw Ding Yu for 4 times who had never intervene in any financial issue of the company.

She also said that the instructions are practically all executed by the witness. In 2005 to 2006, Ding Gang gave instructions to transfer 15 million US Dollars of profit to Hong Kong First Continental and distributed to the accounts of several companies as well as to the personal account of Ding Gang. The Hong Kong Company was hold by Macau First Global which belongs totally to Ding Gang. However according to Macau Law the company must qualified as “unipessoal” that Ding Gang doesn’t prefer reason why he invited Ding Xiaohong to hold 1% of shares. However Ding Yu and Ding Xiaohong were never shared the company’s profit.

The final allegations will took place at 24th of November.