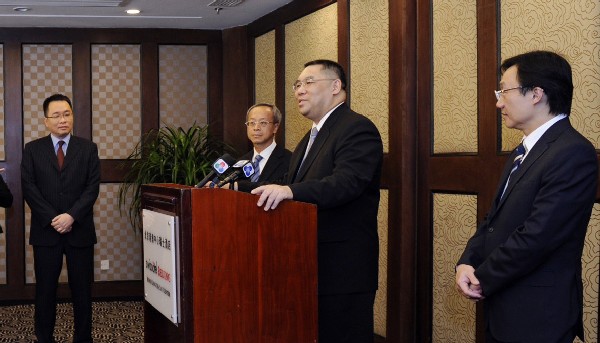 Chief Executive Fernando Chui Sai On said in Beijing Monday that there was still no concrete date for the launch of 24-hour immigration and customs land-border checkpoints between Macau and Guangdong, The Macau Post Daily reports today.

However, Chui said that for the time being the operating hours of the present checkpoints would be extended.

Currently, the Barrier Gate Macau-Gongbei checkpoint is closed between midnight and 7 a.m., while the Cotai-Hengqin Lotus Flower Bridge checkpoint is limited to daytime operations.

Macau’s ferry links with Hong Kong run around the clock.

The talks focused on Macau’s plans to build a cross-border pedestrian bridge over Duck Channel and the import of farm products from the mainland.

Chui said that the officials reacted positively to the border crossing project, adding that the local government was awaiting the central government’s formal approval following a feasibility study, after which it could get off the ground.

Chui and his entourage, who arrived in Beijing on Sunday, are scheduled to return to Macau today.(macaunews)