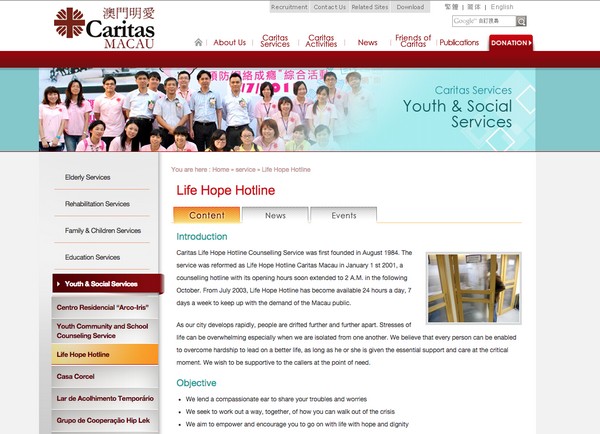 Speaking on the sidelines of an award ceremony in Praça do Tap Seac, Pun said he believed that local non-Chinese speakers’ demand for the service has been rising.

According the Pun, there are eight English-speaking volunteers taking calls at the counselling service hotline. “Among them, three also speak Portuguese, one speaks Filipino while one speaks Russian,” Pun said, adding that Caritas Macau would like to run hotlines in other languages if there are enough qualified volunteers.