As head of new Pharmaceutical Supervision and Administration Bureau, Choi Peng Cheong will spearhead the city’s drive to regulate and grow the industry. 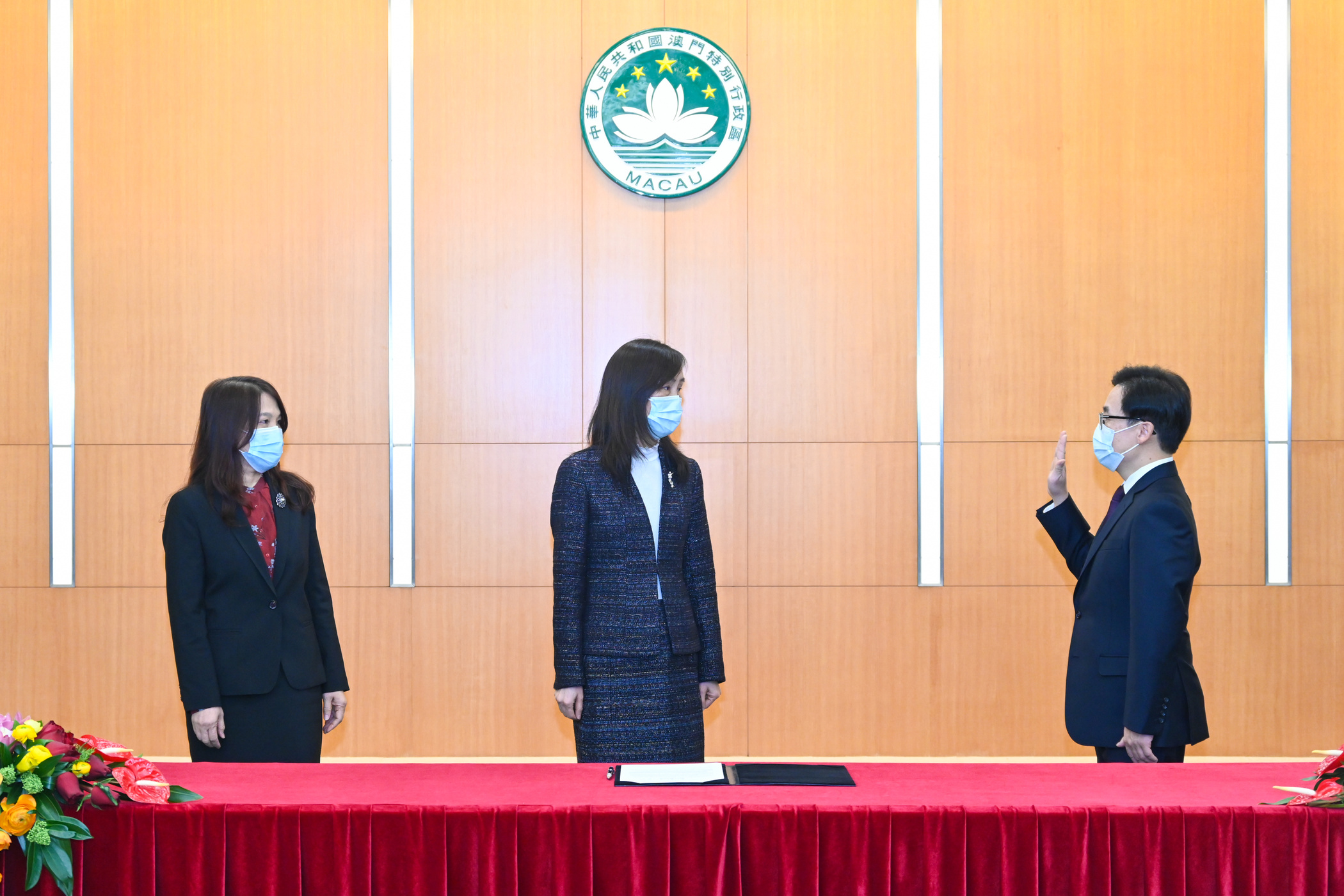 The new director of the Pharmaceutical Supervision and Administration Bureau (ISAF), which came into being on New Year’s Day, pledged yesterday that the bureau will promote the “healthy and orderly” development of Macao’s “big health” industry, which will also include research studies and production of traditional Chinese medicine (TCM) products.

Choi Peng Cheong, the new director, whose term will last for one-year, was sworn in by Secretary for Social Affairs and Culture Elsie Ao Ieong U at Government Headquarters yesterday.

The government announced in October last year that it would set up a new bureau to supervise pharmaceutical products, including TCM products.

The government decided to establish a new bureau specifically tasked with medicinal matters after considering the vast scope of supervision of pharmaceutical activities in Macao.

October’s announcement said that a new medicinal bureau is needed for the full implementation of a new law regulating the pharmaceutical activities of TCM and the registration of its products, which came into force on New Year’s Day.

The new medicinal bureau is tasked with implementing the central government’s preferential measures for Macao’s participation in the development of the Guangdong-Hong Kong-Macao Greater Bay Area (GBA) concerning pharmaceutical supervision and administration.

Choi said that ISAF’s establishment marks a new era in the development of medicinal matters in Macao. The new bureau will advance the government’s work on the supervision of pharmaceutical activities in a more professional way, Choi said.

Choi, who headed the now-defunct Pharmaceutical Department of the Health Bureau before taking up his new post, said that the bureau will ensure the full implementation of the new TCM law, study the drafting of a registration system on small medical devices, and carry out the central government’s preferential measures for Macao’s GBA participation concerning pharmaceutical supervision.

Choi said that his bureau will ensure the safety, efficacy and quality control of medicines and pharmaceutical products, fully implement the product lifecycle management in pharmaceuticals, and promote the “healthy and orderly” development of the local big health industry.

Choi holds a bachelor’s degree in Pharmacy from National Taiwan University and a doctoral degree in Medicine (Pharmacology) from Sun Yat-sen University in Guangzhou.

Choi joined the Health Bureau (SSM) in 1995 when he worked as a pharmacist. Choi had headed the SSM Pharmaceutical Department since December 2005. He also became a consultant pharmacist of the SSM in 2013.

The two new deputy directors of the ISAF, Ng Kuok Leong and Lei Sai Ian, were sworn in by Choi at the bureau, The Macau Post Daily reported.