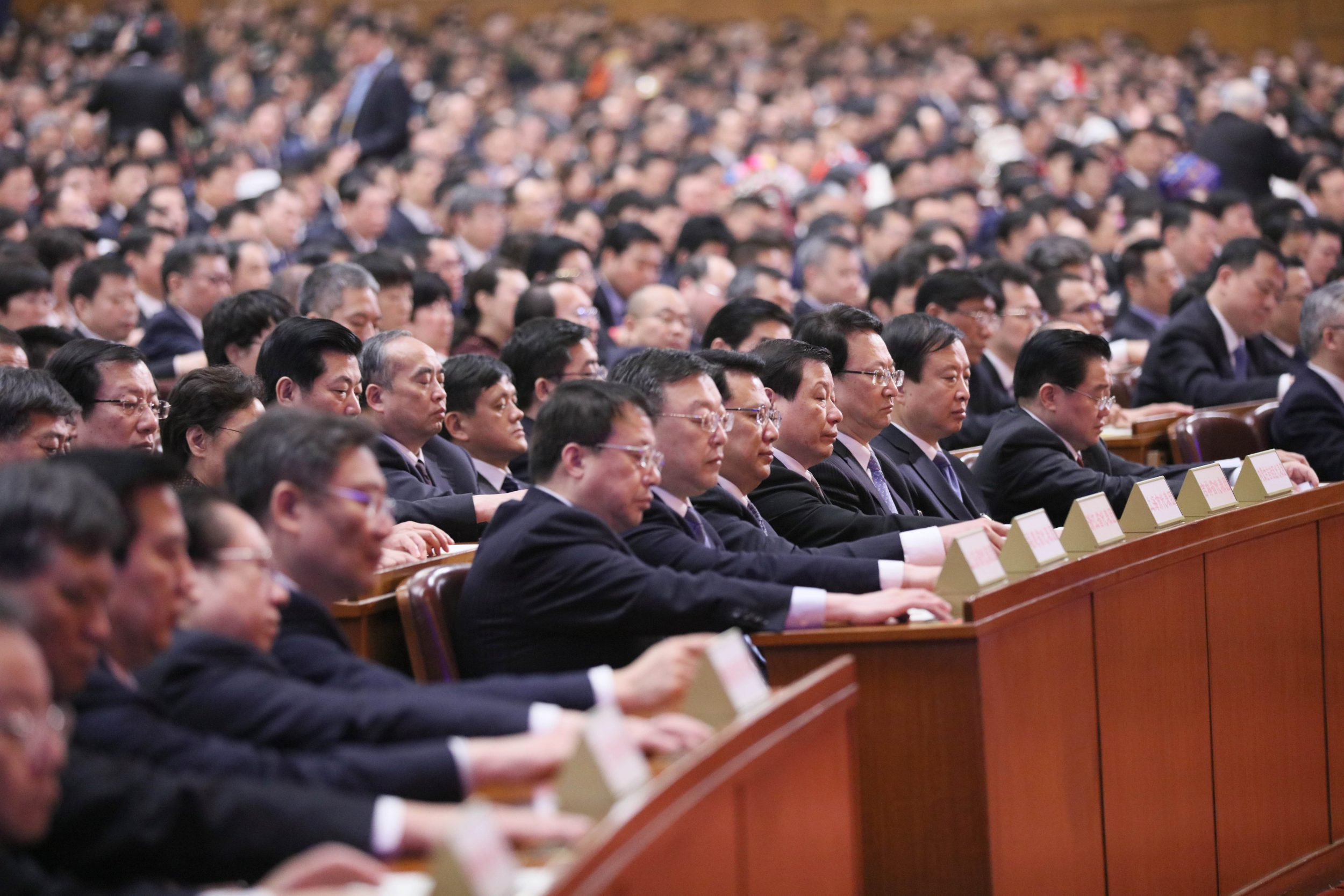 Legislative Assembly (AL) President Ho Iat Seng said on Monday that it was inappropriate for officials of the local government to visit Beijing and meet their counterparts from the central government during the “two sessions”– the annual sessions of the National People’s Congress (NPC) and the National Committee of the Chinese People’s Political Consultative Conference (CPPCC) in March.

Ho made the remarks while speaking to reporters on the sidelines of the first session of the 13th NPC in Beijing. Ho is among the 12 local deputies to the 13th NPC.

Ho, an indirectly-elected lawmaker representing the city’s business sector is the sole local member of the elite NPC Standing Committee.

According to the Macau Post Daily, Secretary for Social Affairs and Culture Alexis Tam Chon Weng, as well as several officials under his portfolio, went to Beijing on March 8 and 9, when they visited a number of senior officials of the central government, including Education Minister Chen Baosheng, Culture Minister Luo Shugang, Hong Kong and Macau Affairs Office of the State Council Deputy Director Huang Liuquan and State Administration of Cultural Heritage Deputy Director Liu Shuguang.

According to a statement from Tam’s office at that time, during his two-day stay in the capital, the policy secretary and members of his entourage exchanged opinions on cooperation in education, arts and culture between Macau and the mainland, as well as opinions on cultural heritage protection and the training of professionals with central government officials.

However, Ho said he doubted whether it was useful for Macau government officials trying to obtain “concrete” achievements by meeting their counterparts in the central government during the “two sessions”. He said that senior officials working in the central government’s ministries and commissions are very busy attending – or making preparations for – the various meetings during the “two sessions” – such as meetings of the various delegations from provinces, autonomous regions and municipalities, as well as from Hong Kong, Macau and Taiwan, apart from plenary meetings.

Ho said it was inappropriate for local government officials to visit the country’s ministries and commissions during the “two sessions”.

Ho also noted that governors of provinces and secretaries of the various provincial committees of the Communist Party of China (CPC), who are attending the “two sessions”, have been told not to visit ministries and commissions during the period as “[the central government] doesn’t want them to disturb ministry and commission officials [thereby] preventing them from addressing and tackling issues raised by NPC deputies.”