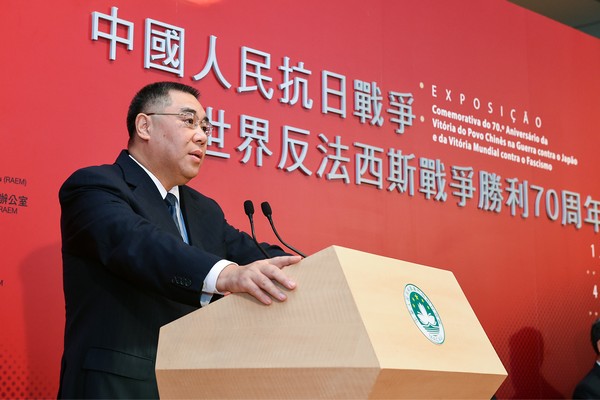 The austerity measures announced by the government on Monday will not be cancelled even if the city’s gross gaming revenues rebound to over 20 billion patacas this month, Chief Executive Fernando Chui Sai On said on Wednesday.

Chui spoke to reporters at the local airport before departing for Beijing to attend Thursday’s V-Day parade.

Meanwhile, Secretary for Economy and Finance Lionel Leong Vai Tac, who was also attending the military parade, said in Beijing on Wednesday that he would not exclude the possibility of a second round of austerity measures if the monthly gross gaming revenues continue to decline.

The policy secretary also reaffirmed that the measures would not affect residents’ livelihoods and the government’s public investment plan (PIDDA).