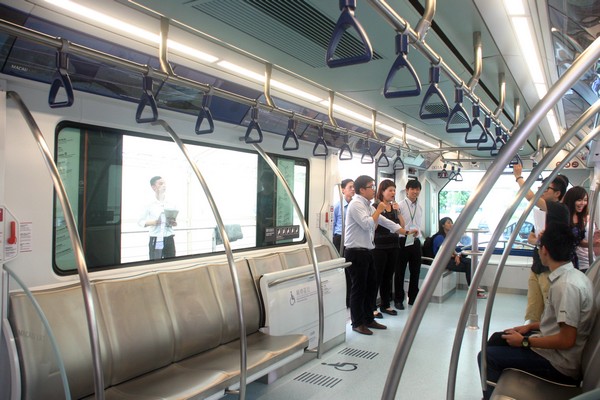 A follow-up auditing report and an investigation by the Commission Against Corruption Commission (CCAC) released  Thursday both slammed the government’s Transportation Infrastructure Office (GIT) for its handling of the city’s Light Rail Transit (LRT) project.

The report by the Commission of Audit (CA) is a so-called audit trail, following its first audit report of the LRT project last year, according to The Macau Post Daily.

The report released Thursday shows that the cost of the project’s first phase has been way over the original budget.

The first phase of the LRT, which includes 21 stations – 11 in Taipa and Cotai and 10 in the Macau Peninsula, is slated to open in the first quarter of 2015.

The Audit Commission said its report released yesterday was based on the current construction budget – about 11 billion patacas – for the first phase of the LRT project. The report found that the budgets for the two main construction projects – the depot and construction of the LRT section in the centre of Taipa – have increased 45 and 32 percent, respectively.

The Audit Commission said that the GIT failed to calculate “accurate” amounts for any future investments in the LRT project, which may cause the government additional financial pressure. The report pointed out that the GIT based its estimates on a “static approach” when calculating its investments that were mainly based on past consumer price index data

According to the audit report, the GIT also failed to draft any guidelines about cost management but refused to apply a “dynamic approach” when drafting its budget, pointing out that even the consultancy company set to be paid 176 million patacas was capable of doing that.

The Audit Commission also said that the GIT had evaluated the performance of the consultancy company four times but never told it the respective findings.

Responding to the criticism, the GIT said that it was a difficult to draft a budget based on the “dynamic approach” model as it was affected by “uncertain elements” and vowed to release information to the public “in a timely manner” concerning the budgets for the LRT project’s new construction projects.

Meanwhile,   the Commission Against Corruption said in a separate report that the GIT had failed to release “full” technical data and criteria to support the option it chose for the LRT route – which according to the current plan would pass close to residential buildings in Nape.

According to the CCAC report, there had been two alternatives for the LTR route through Nape and” Zape – one was not to pass too close to residential buildings while the other one did.

However, the GIT chose the route that passed closest to residential buildings in Rua de Londres but failed to provide “convincing reasons” as to why it decided to do so, according to the CCAC report.(Macaunews)