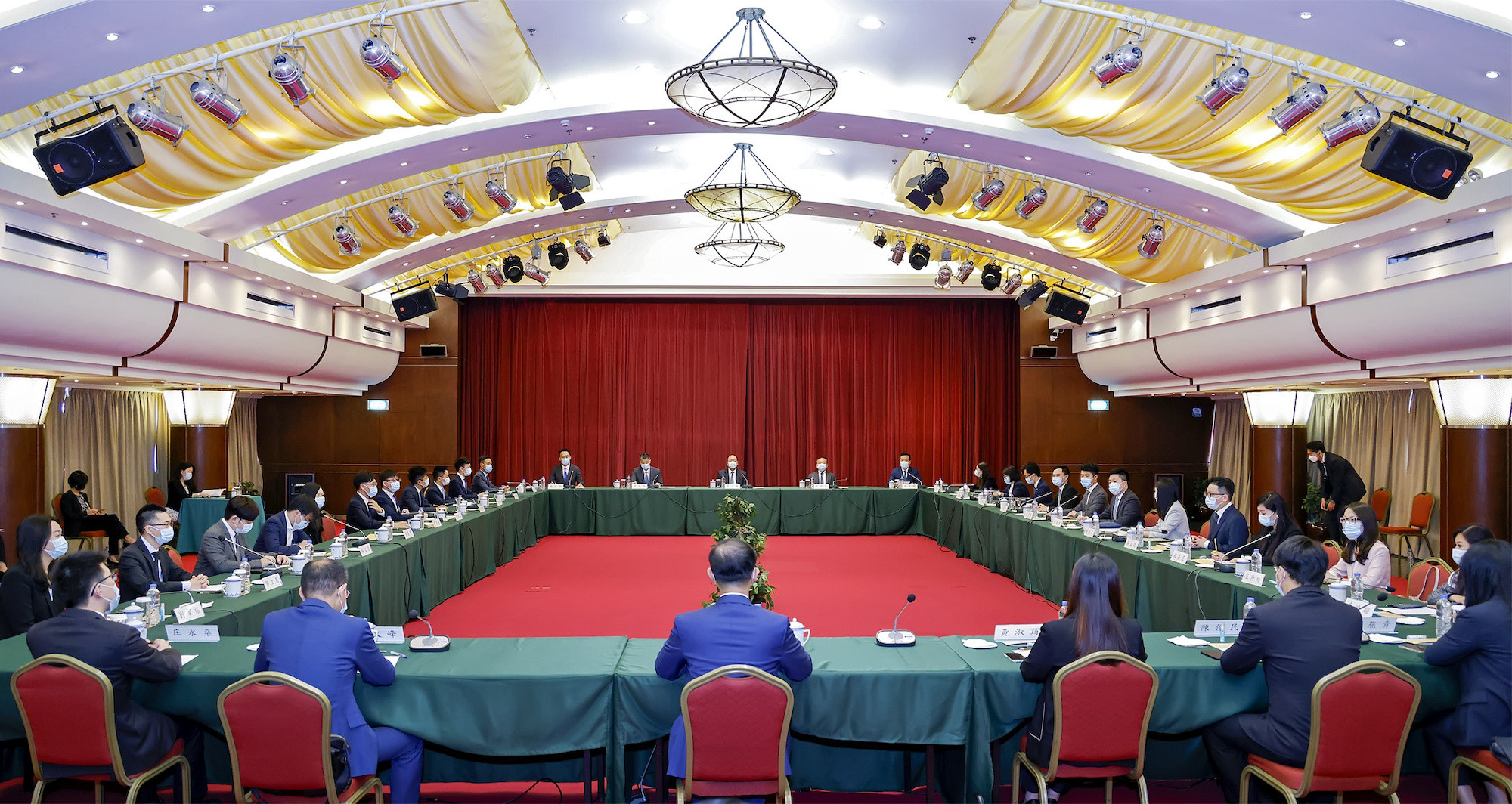 Representatives from the All-China Youth Federation (ACYF) have told Chief Executive Ho Iat Seng about matters they think should be included in his upcoming 2023 Policy Address.

The ACYF delegation was led by Alvis Lo Iek Long, a vice-chairman of the ACYF and the director of the Macao Health Bureau.

Lo said that local ACYF members have been working to enhance young people’s understanding of the latest developments of the Guangdong-Hong Kong-Macao Greater Bay Area and the Guangdong-Macao In-Depth Cooperation Zone in Hengqin.

Other ACYF members also raised suggestions concerning Macao’s strengthened participation in the GBA and in the in-depth cooperation zone in Hengqin.

Ho also underlined that the Guangdong and Macao governments have obtained a raft of achievements in their joint work promoting the development of the in-depth cooperation zone in Hengqin since the commencement of its operation about a year ago, The Macau Post Daily reported.