Macau, china, 1 Mar – The government plans to spend about 10 billion patacas ( US$ 1.25 billion) within the 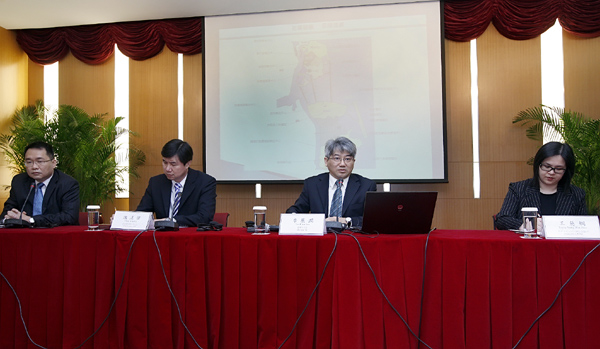 Macau, china, 1 Mar – The government plans to spend about 10 billion patacas ( US$ 1.25 billion) within the next 10 years to improve medical services, including a new public hospital on the Cotai Strip with construction due to start in 2013 and fully operational in 2020, Health Bureau (SSM) Director Lei Chin Ion announced Monday.

Lei presented the government’s ongoing and future public health sector projects that are part of a 10-year plan during a press conference at Government House.

It emerged during the briefing that Chief Executive Fernando Chui Sai On will set up a so-called "follow-up committee for the medical system" tasked with co-ordinating and assessing the 10-year plan’s proposed investments.

Accordint to The Macau Post Daily the committee will be headed by Chui, while Secretary for Social Affairs and Culture Cheong U, Secretary for Transport and Public Works Lau Si Io, SSM Director Lei and his two deputy directors,Lands, Public Works and Transport (DSSOPT) Director Jaime Carion, GDI Director Chan, and two representatives from Chui’s office will be make up the committee.

"The Conde de Sao Januario Hospital Centre was last expanded in the 1980s. As it has been over 20 years it cannot match the needs of a modern medical service," Lei said.

He also said that the 10-year plan, which is aimed at responding to the needs of a rising and ageing population, would see the current 1,200 beds increased by a further 1,000 in 10 years’ time in public hospitals.

Currently, the ratio of hospital bed stands at 2.38 per 1,000 residents in Macau, whereas on the mainland it amounts to three, 5.02 in Hong Kong, and 13.9 in Japan. The occupancy rate of hospital beds in Macau exceeds 80 percent.

According to Lei, the 200-bed emergency unit of the new hospital on the Cotai Strip was planned to get off the ground in 2015. But before then , emergency and inpatient hospice care units wold be temporarily made available at the Macau University of Science and Technology (MUST), private hospital in Taipa by the end of next year.

Meanwhile, on-going projects that include the expansion of the emergency unit at the Conde de Sao Januario Hospital Centre due to be completed next year will provide an additional 300 general care beds and an additional 100 beds for specialist medical care.