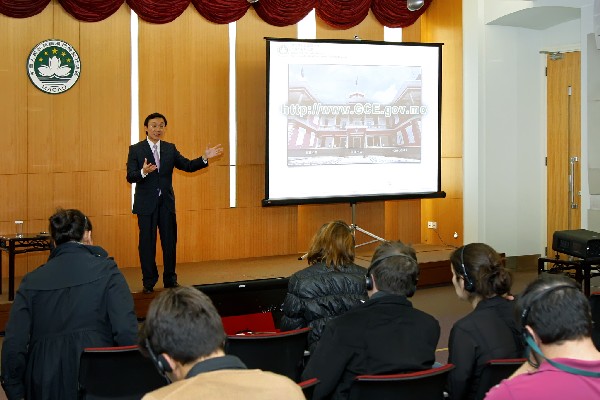 Macau, China, 11 Nov – The Office of the Chief Executive of the Macau Special Administrative Region (SAR) officially launched its website Thursday with information related to Chief Executive (CE) Chui Sai On as an effort to promote communication between the  government and local residents.

The new website, which has both Chinese and Portuguese language versions, publishes speeches of Chui Sai On, annual Policy Address, photos and other news of government affairs since Chui became the chief executive, according to Alex Tam Chon Weng, spokesman of the government.

Tam, who is also chief-of-staff of the office of Chief Executive, noted that the website sets up an Email box named “opinions and suggestions”, open for residents to share their minds with CE on government policies.

Chui is expected to make his annual Policy Address next Tuesday at the Legislative Assembly, which will be broadcast live on the new website.

Launching the website is one of the efforts by  Macau Chief Executive to build a government of more transparency, said Tam, who also hoped that the effort would draw more attention and opinion from local youths.( MacauNews/ Politics)