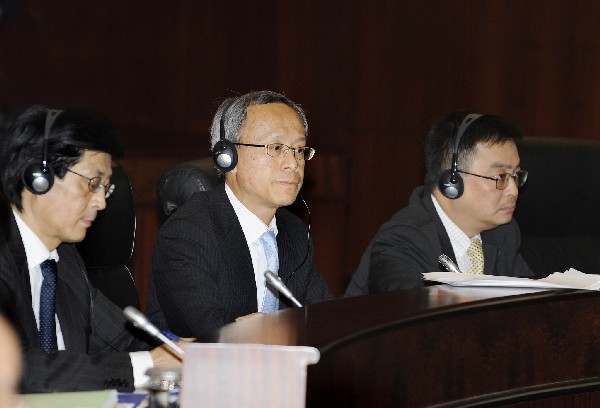 Macau, China, 21 Jul – Secretary for Transport and Public Works Lau Si Io said Wednesday that the final plan of the government&rsquo;s light rail transit (LRT) project is &ldquo;the best&rdquo;, pledging that its construction will follow &ldquo;international standards&rdquo; by setting up a fire-prevention system and taking measures to protect the environment. The Macau Post Daily reports today.

Lau made the remarks during a visit to the Macau Association of Building Contractors and Developers (MABCD), The Macau Post Daily reports today.

&ldquo;The best and final plan has been chosen by the government after taking into consideration the environment, landscape, convenience for residents and building costs&rdquo; Lau said, adding, &ldquo;If residents can come up with a better plan, the government will give up its plan if the alternative is reasonable and comprehensive.
Since early last year, a group of citizens in Nape has been protesting against the government for &ldquo;neglecting residents&rsquo; safety&rdquo; by building the LRT along two &ldquo;too narrow&rdquo; streets &ndash; Rua de Londres and Rua Cidade de Porto.
The protesters are worried about the threat of accidents brought about by the LRT system in being built in Nape because the neighbourhood&rsquo;s streets are &ldquo;too narrow&rdquo; for residents to escape and fire engines to arrive.

Lau said he was concerned about the worries of the residents, stressing that the LRT will be built based on &ldquo;the highest international standards, if not, the government will not allow building the LRT.&rdquo;

Lau added that &ldquo;the LRT is not a new thing and has been running for many years in other countries (and regions). The LRT will be built by a reputable company (Japan &rsquo;s Mitsubishi).&rdquo; (MacauNews/ Politics)