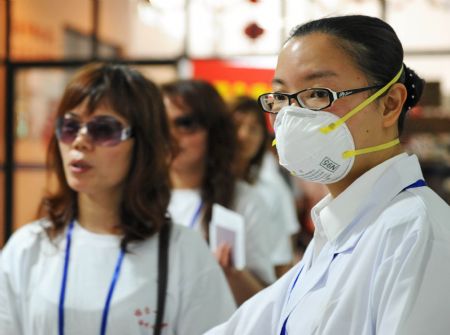 A woman from Macau has “most probably” contracted a rare and fatal brain disease after undergoing an operation at a private hospital in Hong Kong in September, the Hong Kong and Macau governments said Thursday.

The woman, who is 51, has been diagnosed with Creutzfeldt-Jakob Disease (CJD) and is now severely ill in a hospital in Macau, The Macau Post Daily reports today.

The Centre for Health Protection (CHP) in Hong Kong has asked the hospital that carried out the brain operation to contact all other patients who have undergone procedures using the same set of instruments as a precautionary measure.

A spokesperson for the centre in Hong Kong told RTHK the instruments may not have been sterilised enough to eradicate abnormal proteins called prions, that cause the brain disease.

However, the spokesperson stressed that the risk of transmission was very low.

A statement by Hong Kong’s Centre for Health Protection also said that the patient “is now in severe condition.”

The statement quoted the CHP spokesperson as saying that “CJD is a rare disease that affects the brain and is thought to be cause by the build-up of an abnormal, transmissible protein called ‘prion’ in the brain.”

According to the CHP statement, the clinical feature of CJD is characterised by dementia and difficulties in walking. Early symptoms include memory loss, unsteady gait and loss of co-ordination of limbs.

A statement issued by the Macau Health Bureau (SSM) said that the patient was “most probably” suffering from the disease.

According to the statement, the woman is undergoing treatment at the public Conde de Sao Januario Hospital Centre that “has taken all the necessary measures to prevent the disease from spreading.”

According to the statement, the woman began to suffer a range of symptoms in July, namely unstable gait, slurred speech and general slowing of movements that gradually worsened.

A brain scan at the Conde de Sao Januario Hospital Centre in September revealed the existence of a brain tumour, which was later successfully removed by surgeons in Hong Kong.

While the patient’s condition briefly improved after the surgery, she soon suffered from a range of symptoms such as limb spasms, ataxia (lack of voluntary co-ordination of muscle movements) and convulsions.

According to the statement, the patient returned to Macau on October 30 for follow-up treatment at the Conde de Sao Januario Hospital Centre.

The statement pointed out that the woman has no family history of similar cases, never lived in an area infected by “mad cow disease” and never underwent a blood transfusions or organ transplantation.

According to the statement, neurologists have diagnosed the patient as a “most likely” sporadic case of CJD.(macaunews)