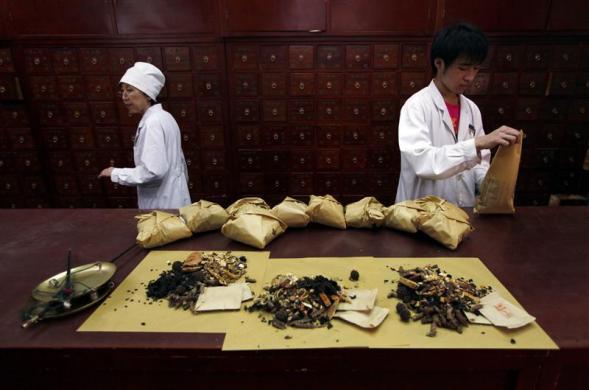 Macau, China, 28 Jul – Chief Executive Fernando Chui Sai On will sign a 24-million-pataca (US$3 million) co-operation pact with the World Health Organi­sation (WHO) today to launch a host of training programmes in traditional medicine that will last four years starting in September, The Macau Post Daily reports today.

Health Bureau (SSM) Di­rector Lei Chin Ion said during a press conference at Govern­ment House Wednesday that if the scheme proves to be a suc­cess and training results are up to WHO standards, it was likely that the WHO will recognise Macau as a training ground for traditional medicine providing permanent programmes.

“The scheme won’t just train local people. As the WHO is an international organisation, 45 peo­ple from different countries and regions will come to Macau for each training course and people from Macau will be able to learn a lot as many experts and profes­sors in traditional Chinese medi­cine [TCM] will come to Macau to provide training,” Lei said.

According to Lei, under the co-operation deal there will be eight regional training pro­grammes and collaboration in documenting findings of clinical research in traditional medicine. There will also be training cours­es for local specialists, marking the first step of the government’s objective of turning Macau into a training ground for traditional Chinese medicine.

Terry Choi Peng Cheong, head of the Health Bureau’s De­partment of Pharmaceutical Af­fairs, explained that each regional training programme, which will last three to four days, will be open to 45 people, of which 15 will come from Macau, 15 from the mainland and Hong Kong, and 15 from other countries.

In terms of training courses for local people, Choi said that the eight local training periods will be arranged for 100 specialists and government officials at a time.

“As our training is in the management of traditional med­icine, such as good manufactur­ing practices (GMP) and good distributor practice (GDP), the courses will accept people who are specialists in the safety and clinical research of traditional medicine, as well as people working in the traditional medi­cine industry,” Choi said.

According to the co-opera­tion agreement, the scheme will start on September 2 and end on December 31, 2015.

Macau is in the process of setting up a TCM Industrial Park in Hengqin Island.(MacauNews/Politics)