Macau, China, 10 Dec – Recycled water will be used for public infrastructures when the facilities of the Taipa sewage 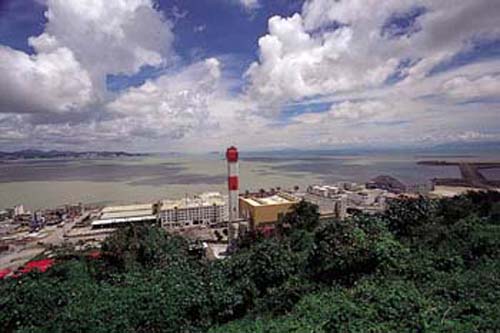 According to The Macau Post Daily, Chan made the announcement on the sidelines of a media visit to the sewage treatment plant in Ilha Verde.

Currently there are five sewage treatment plants in Macau. However, only the quality of the effluents produced by the plant in Ilha Verde meets the national A class standard, according to Chan.

In an effort to implement the policies of the Water Conservation Committee of the Maritime Administration, Chan said his bureau decided to upgrade the facilities of the sewage treatment plant in Taipa to produce recycled water.

Chan pointed out that some 4,800 cubic metres of recycled water would be produced daily by the plant in Taipa.

Chan said a public tender for the Taipa plant’s upgrade was launched recently, adding that construction could start next year and be complete in the first quarter of 2011.

The recycled water will be used for public infrastructures, such as street cleaning and watering plants, according to Chan.

Chan also said that the government would launch public tenders for the upgrade projects of the other water treatment plants on the Macau Peninsula in the middle of next year.

The recycled water would be used for public infrastructures, the industrial sector and for household toilets.

According to information provided by the bureau, 365,000 cubic metres of effluents are processed by the five plants every day.

Meanwhile, Chan also said that the facilities of the incinerator unit built in 1992 in Taipa would also be upgraded to meet the European Union’s new air pollutant emissions standards.

The incineration plant consists of two incinerator units. The second unit, which has already met the new emission standards set up by the European Union in 2004, was built in 2006.

Chan also said the upgrade project for the incinerator would start in the third quarter of next year, adding that construction was slated to be completed within two years.

According to information provided by the bureau, 1,728 metric tones of solid waste is processed by the two incinerators each day.