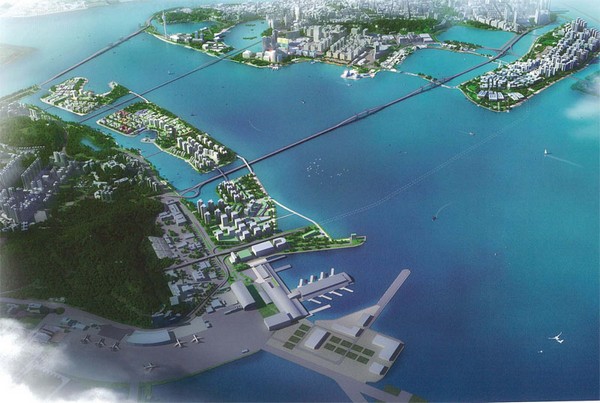 Maritime Administration (CP) Director Susana Wong Soi Man announced Sunday that a water recycling plant to serve the Macau peninsula and Taipa would possibly be built in one of the city’s five new areas to be reclaimed from the sea in the next few years.

Two of the future land reclamation areas are located off the peninsula while the other three lie off Taipa’s northern coast.

The means that as part the government’s 10-year plan on the use of recycled water, two such plants will be constructed in Macau with the other to be built in Coloane serving the island, Cotai and the new University of Macau (UM) campus on Hengqin Island.

She said that Macau needed a new water treatment plant because the current one in Ilha Verde is nearing its capacity to serve the local population. However, Wong did not specify the exact dates the two plants would go in operation.

In Sunday’s session some attendees enquired whether or not residents living in Macau’s old neighbourhoods would have access to recycled water.

“Since we need to have a specific pipeline for recycled water, only those living in newly constructed buildings and new neighbourhoods would connected to it, such as the University of Macau’s new campus in Hengqin and the new public housing estate in Seac Pai Van,” The Macau Post Daily quoted Wong as saying.

But she nevertheless pledged to consider other ways to allow residents living in the city’s old neighbourhoods to be connected because that was where the majority reside.(macaunews)