Rui Leão is a Portuguese architect and co-founder of LBA, Arquitectura e Planeamento Lda, with Francesca Carlotta Bruni. He is also President of the International Council of Portuguese Speaking Architects (CIALP). 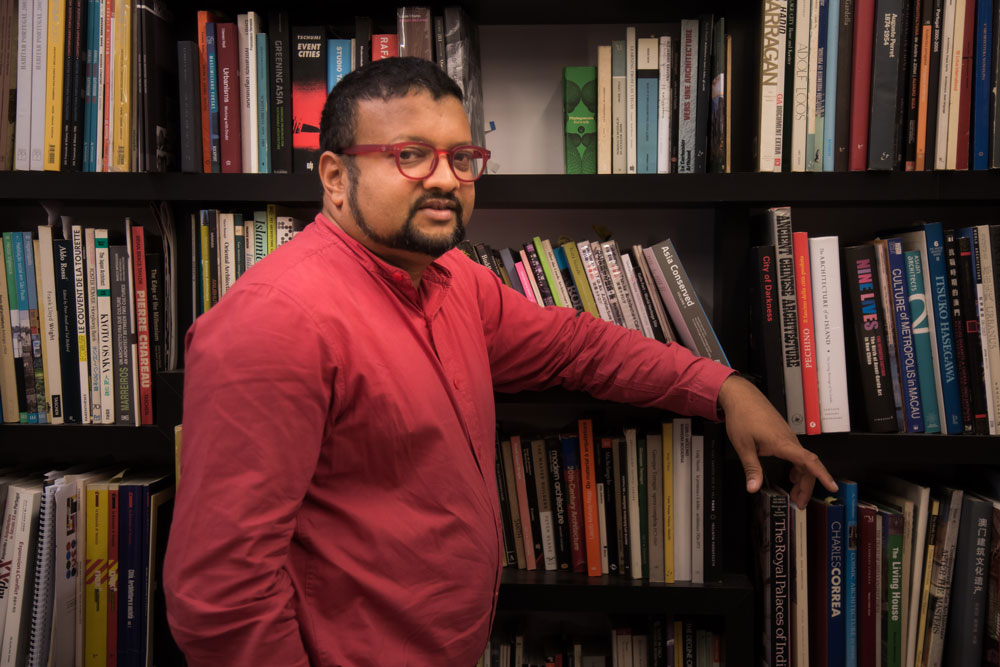 Rui Leão is a Portuguese architect and co-founder of LBA, Arquitectura e Planeamento Lda, with Francesca Carlotta Bruni. He is also President of the International Council of Portuguese Speaking Architects (CIALP). The architect speaks fluent Portuguese, English and Italian and also understands Cantonese and French.

Born 22 May 1969, Leão is from Sao Tome and Principe, although his family is originally from Goa in southern India. His parents moved first to Lisbon and then to Sao Tome and Principe because of his father’s job as a doctor specialising in tropical medicine. They eventually settled on São Jorge Island in Portugal’s Azorean archipelago until Leão was seven years old, at which point they moved to Macao. “We were in Azores during the Carnation Revolution, and my dad was the one who brought the news to the [local] population because he was always up-to-date, listening to daily BBC news,” the architect recounts.

The family arrived in Macao in 1977. “It was not that different from S. Jorge. We lived on Coronel Mesquita Avenue, which at that time was almost countryside,” Leão recalls. He remembers being able to throw marbles with some neighbours in the middle of the street as there were virtually no cars on the roads back then. “Growing up in Macao was awesome and incredible. During the 70s and 80s, this was a hybrid place: similar to a village where we felt comfortable but also having that Orient-like mystique.”

Leão, who sees a child’s vulnerability to information as a positive trait, treasures his childhood memories not simply for nostalgic purposes but for the imprint they left on his development: “[Children] feed on contexts in a very instinctive way.”

In addition to his childhood, Portuguese architect Manuel Vicente—who left a professional legacy in the Macao—strongly influenced Leão. The two first met in 1994, after Leão finished his bachelor’s degree in Architecture at Portugal’s Faculty of Architecture, Oporto University, in 1993. “Interacting and working with Manuel Vicente also taught me to look at Macao in a critical and professional way, but also with instinct and no prejudice. This was very interesting, because I mixed my past memories with this experience.”

Before completing his degree, Leão did his year-six internship at Vítor Figueiredo’s atelier from 1992 to 1993. “Professionally speaking, this was a very important experience for me, because I was truly interested in acquiring the knowledge university does not provide us with.” Leão believes experience and long-term work are crucial in his field of expertise.

The architect worked for some other ateliers in Lisbon before embarking on a unique project: Leão founded the company Humor Vítreo with two friends and started programme directing for cinema screenings. “It was a fantastic experience. We signed a contract with Cine Estúdio 222 [Lisbon], which had an agreement with Castello Lopes Cinemas. We proposed an alternative plan to solve the independent cinema directors’ crisis of not having movie theatres to exhibit their films due to Lusomundo’s monopoly.” At the time, lesser-known directors and production houses had their hands tied and were shut out by stronger companies such as Lusomundo. Leão was dedicated to Humor Vítreo for many months but eventually left the project to work at Vicente’s atelier in Lisbon.

There, he was assigned the Expo 98 project for which Vicente had a “visionary” idea for the Maritime Industries’ Pavilion. “It would take the exhibition into the [Tagus] River and revitalise that part of the city,” recalls Leão. Rather than build a whole new pavilion, the team wanted to restore an old oil tanker. “Manuel Vicente believed we had to celebrate the end of the 20th century by showcasing the end of the mechanical era.” Vicente’s project ultimately did not become reality, but Leão kept working with him, eventually locating to Macao in 1996. “It made sense to stay here,” he recalls, as two years later, the architect started applying for local project tenders on his own.

It wasn’t until 2000 that Leão ventured into a joint partnership with Vicente and Bruni in opening their own atelier. In 2002, Vicente landed a professorship at the Instituto Superior Técnico in Lisbon, so Leão and Bruni now manage the atelier’s operations in Macao.

Asked about his hobbies, the architect playfully states he wished he had “time to have them.” Besides chairing the CIALP, Leão has also been a member of the MSAR’s Urban Planning Council since its creation in 2014. He was Vice-President of the Macau Architects Association’s Board of Directors until 2015. He is also Docomomo’s representative in Macao. This international organisation, which Leão introduced to the region in 2013, aims to preserve and document modern architecture around the world.