Talking about the next generation: 6 things parents can do to preserve the planet for their children Link copied

Benvinda dos Santos and Queenie Fok, local environmentalists and mothers, share their tips for those hoping to embrace a more eco-friendly parenting style. 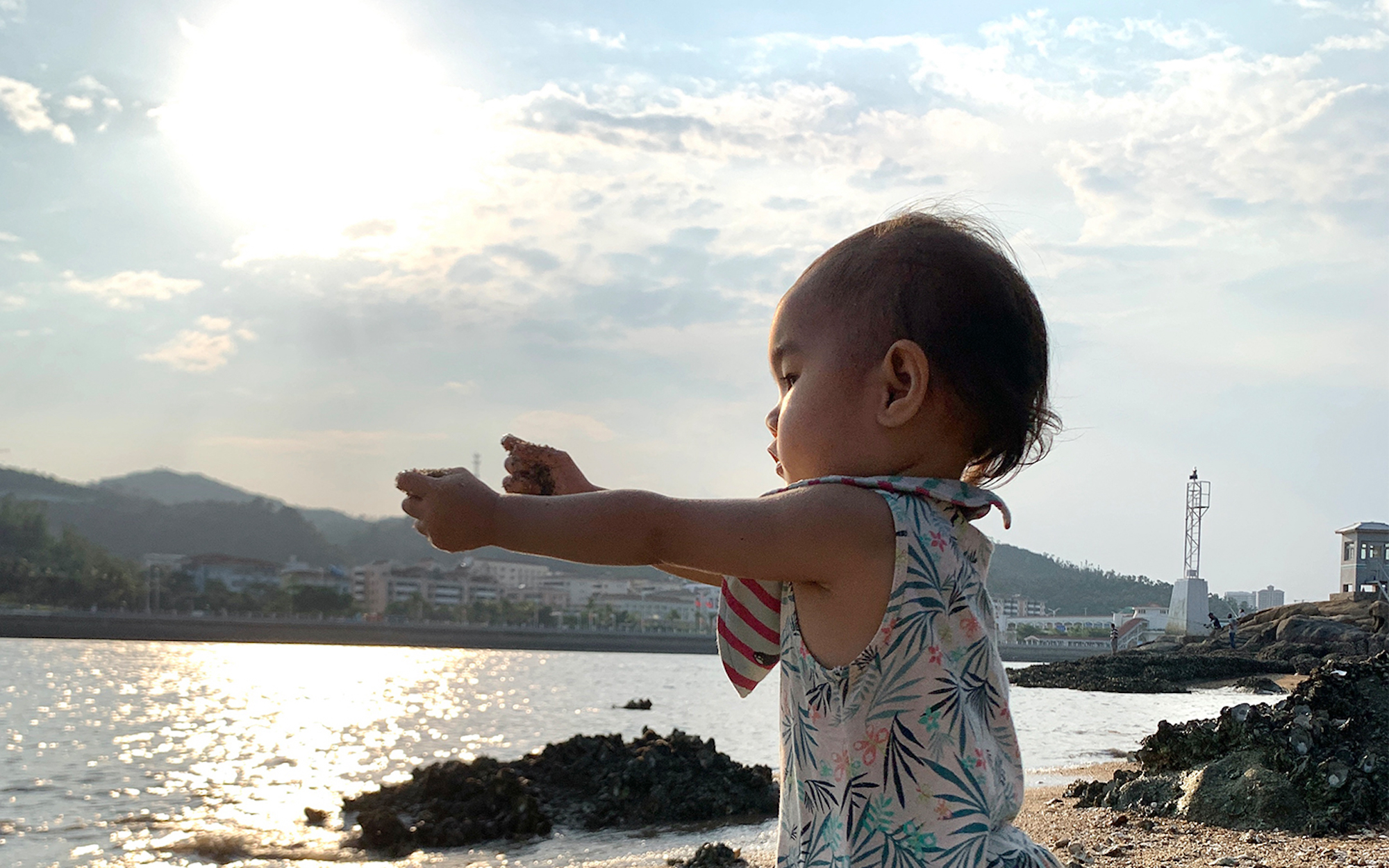 Being a parent is one of the most joyful and rewarding experiences. However, with the increasingly visible impacts of climate change, many parents may worry about what kind of environment future generations will inherit and wonder what they can do to turn the tide.

Environmental advocates Benvinda dos Santos and Queenie Fok are among these eco-conscious parents. Not only do they promote more sustainable lifestyles in Macao, but they also talk about climate change and practise nature-oriented activities with their children.

Santos, the co-founder of recycling campaign Macau for Waste Reduction and a full-time graphic designer, is the mother of three children: a three-year-old daughter and two sons, 5 and 8. Fok, chairman of Environmental NGO Greenfuture Macau, gave birth to a daughter 1.5 years ago.

Both mothers want to leave a better world for their children and to raise them to care for the environment. Here, they share a few simple, day-to-day changes parents can make to protect the planet for their children, such as making eco-conscious diet choices, shopping more responsibly, and fostering environmental awareness from a young age.

For some mothers, breastfeeding is not possible due to various factors, such as anatomy, low milk supply, a baby’s latch technique or pain. But for those who are able, Fok encourages them to breastfeed for environmental and health benefits.

The global food system is a major driver of climate change, responsible for about one-quarter of human-generated planet-warming greenhouse gases each year. However, by making sustainable food choices, we can reduce our carbon footprint and help lower greenhouse gas emissions. That applies to infants and children, too.

Infant formula production is energy and resource intensive. It requires land for raising dairy cattle, huge volumes of clean water, transportation systems, and plastic and metal packaging. “You need at least two cans of milk powder a week in order to feed a baby. By breastfeeding, you can save around 200 cans of formula a year,” says Fok, who has been breastfeeding her daughter since she was born.

Aside from environmental concerns, the World Health Organization also recommends exclusive breastfeeding for the first six months of a child’s life to optimise growth and healthy development. However, only about 18 per cent of the infants in Macao achieved this goal, according to the 2020 data from the Social Welfare Bureau.

Fok encourages local companies to create a breastfeeding-friendly workplace so that more working mothers can pump in a comfortable, clean and private place after returning to the office.

Santos switched to a plant-based diet about three years ago, only occasionally consuming dairy products and eggs, and makes time to talk about diet choices with her children. “I explained to them I became a vegetarian because I want to help the environment,” she says.

Her decision has inspired her eldest son to quit beef. Considered the most polluting food in the world, beef generates 60 kilogrammes of greenhouse gas emissions per kg of meat produced, compared to some high-protein plant foods, such as tofu (3 kg) and peas (1.5 kg).

Santos also makes healthy snacks for her children, such as kiwi chips, dried apple slices and pan-fried pumpkin seeds. According to her, these homemade snacks are healthier and more environmentally friendly than store-bought, commercially produced foods which require processing, packaging and transportation.

“It’s hard to prevent children from eating junk food, but we can guide them towards more healthy and sustainable eating habits by starting to provide them with natural food when they are young,” she says.

From cloth nappies to bottles, cribs, clothes, school uniforms and toys, Fok and Santos suggest that parents in Macao seek out second-hand products for their children. “Children grow up very quickly, and they soon won’t need these items,” Fok says.

Echoing Fok’s concerns, Santos says that she receives a lot of children’s products, especially clothes, in good condition from friends and relatives. “People nowadays like to buy a lot of new clothes for their children. They want them to look stylish. However, this is totally unnecessary,” she laments. “Children don’t care if their clothes are brand new or not.”

Aside from taking surplus items from others, the environmentalists recommend parents join second-hand exchange groups on social media, such as Macau Freecycle and Macao Swap and Sale Zone for Children’s Items. “Every time you need something, ask the group first. Not only can you save a lot of money, but you can also cut down waste,” says Fok.

When it comes to planning activities, Fok and Santos make good use of recycled materials, including cartons, paper, milk boxes and plastic bottles.

Drawing from her skills as a graphic designer, Santos paints with her children on used cartons and paper. “You don’t need to buy fancy toys to keep your children happy, because the most important thing for them is not the toys. It’s your company.”

Fok also makes some small toys for her daughter out of recycled materials. One of her latest creations is a simple carton box: Fok cut out holes on the sides, then filled the box with used fabric. The DIY toy allows her daughter to build grip strength by pulling the fabric through the holes.

“You can find a lot of great DIY-toy ideas that use household items on the internet,” says Fok. “It’s a fun thing to do for both the child and the adults.”

When Fok’s daughter was just three months old, she and her husband started bringing her to local parks and green areas. They let her explore nature, picking up dry leaves or grabbing fists full of sands and soil.

“It’s never too early to foster a connection between children and nature,” she says. “Besides, the sunshine and fresh air are good for their health.”

As for indoor activities, Fok brings her daughter regularly to exhibitions about nature and wildlife and lets her read picture books relating to environmental protection. One of her daughter’s favourite books is Tidy by Emily Gravett. The book tells the story of a badger, who tries to keep the forest “tidy” by removing every tree, but soon realises the consequence of his mistake.

Fok believes that it’s important for children to learn to respect nature from a young age, because they will help to preserve it in the future. “It’s not a problem if they don’t understand everything in the beginning,” says Fok. “As long as we keep passing on the information, they will learn more and more as they grow up.”

Santos says she talks to her children about the impact of climate change. But instead of sparking fears and worries, she focuses on action and hope.

This approach seems to be working: For instance, her children have learnt to divide their waste into various materials such as plastic, glass and metal. They bring their own water bottles and if needed, opt for drinks in glass bottles or aluminium cans, which have a higher recycling rate than plastic.

On the bright side, she has observed more parents in Macao making small, impactful changes. For instance, instead of birthday gifts, they might ask guests to make donations to charity organisations. This shift, she says, can send a positive message to children.

“When it comes to educating children, the parents need to set an example,” she says. “How can you expect them to be environmentally friendly, when you are being wasteful in front of their eyes?”