In 2018, Vivi Cheung became the first woman from Macao to complete the Ultra Trail de Mont Blanc ultra-marathon. She explains how running helped her find purpose and manage depression. 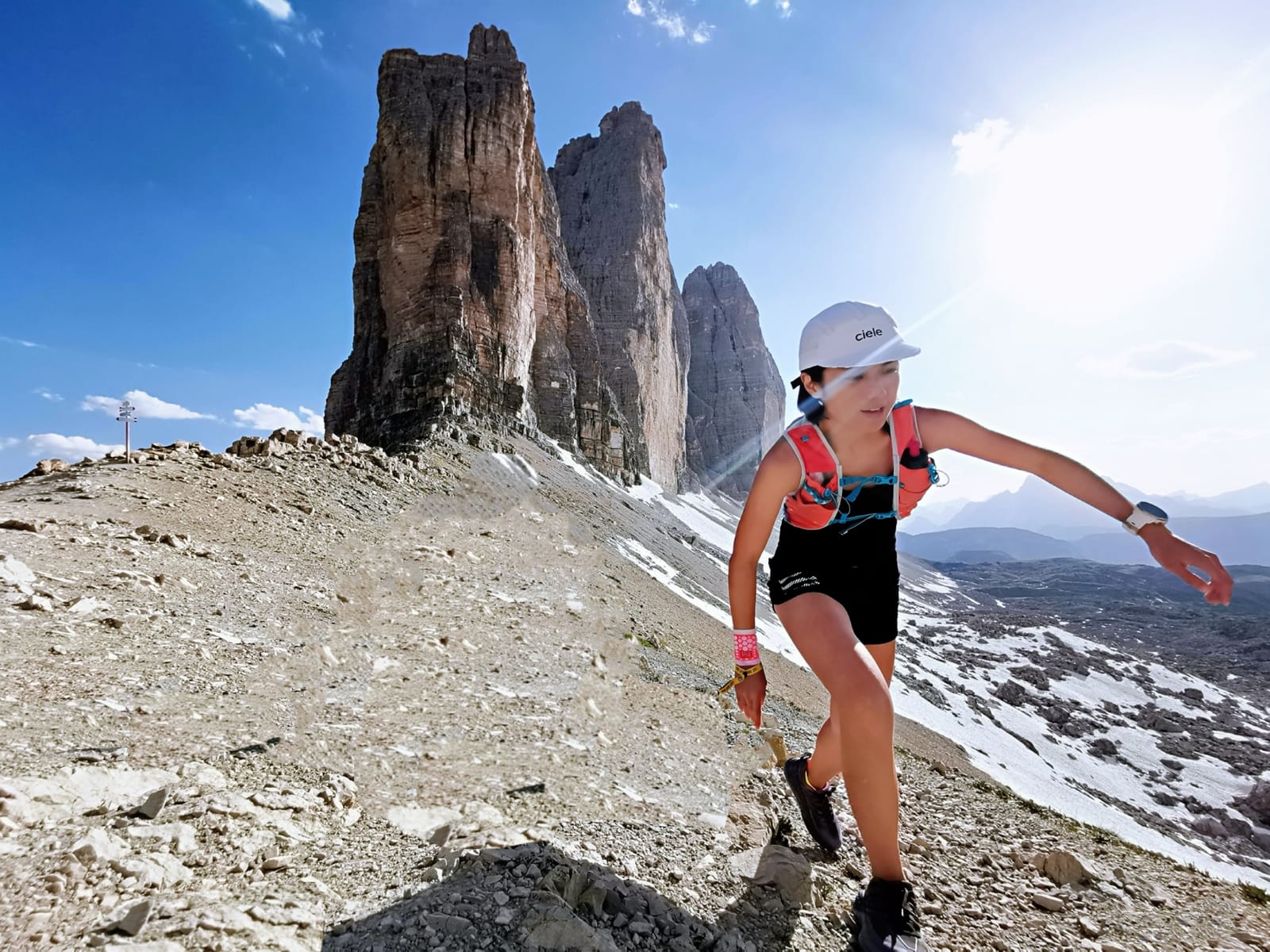 It was just after dinner time in Chamonix, France, when Vivi Cheung took off from the starting line at the 2018 Ultra Trail de Mont Blanc (UTMB), an annual single-stage 171-kilometre ultra-marathon race through the Alps.

By midnight, the Macao resident had been running through heavy rain and plummeting temperatures for hours. She was exhausted, confused and disoriented – early signs of hypothermia. To increase her body temperature, Cheung clung to a large lamp in a toilet at a checkpoint for almost an hour.

Worried about how to carry on, she kept telling herself: “I can get through this.”

Cheung believes it’s that same persistence that carried her through the darkest time in her life. Following a series of traumatic events that she prefers not to discuss, Cheung spent years struggling with insomnia, appetite loss and emotional instability.

After her symptoms started around 2012, Cheung’s mental and emotional health declined rapidly. In 2014, she was sent to the hospital twice due to fainting and severe stomach pain. These emergencies were wake-up calls for Cheung, who realised she could no longer ignore her health.

She was later diagnosed with Post-Traumatic Stress Disorder (PTSD) and severe depression. In retrospect, the Psychology graduate says she should have noticed the problem earlier with her educational background; however, she admits that it’s common to neglect your own mental health because “we always tell ourselves that we are just feeling down.”

Cheung’s experience is relatively common in Macao. According to a study conducted in 2015 by the University of Macau, an estimated 30,000 people suffer from depression in the city of 650,000 people – that’s about one in every 22 people.

However, the number of clinical psychologists in Macao remains inadequate. According to the Health Bureau, by the end of 2018, there were only 54 registered psychotherapists in the city, which translates to about eight practitioners per 100,000 inhabitants. The ratio is 58 per 100,000 in Canada, 28 in the United Kingdom, and 33.9 in the US.

“Macao had a relatively late start in providing relevant support,” says Cheung, who sought counseling services in Hong Kong. Therefore “we don’t have as many mental health professionals in Macao as in Hong Kong.”

After attending therapy for three months, Cheung says her emotional issues and sleep problems started to improve. Then, Cheung’s therapist asked if she had any hobbies or interests. “People suffering from depression often have no interest in anything,” Cheung explains. “Doctors will help them develop their passions so that they can find a purpose in life.”

While running a healthy lifestyle store in Macao called Natural Organic Shop, Cheung says she didn’t have time to explore many hobbies. The idea to start running emerged after she saw a photo on Facebook in which her friends were jogging together and having fun. Inspired, Cheung felt compelled to give it a try.

Various studies have found that physical activity can reduce stress and alleviate mental health issues. According to Harvard Health Publishing, exercise causes your body to “release epinephrine and norepinephrine, stress hormones that in modest amounts can make you feel energised” – commonly known as the ‘runner’s high’.

According to the Harvard research, the endorphins released by exercise not only provide a temporary mood boost but also long-term benefits thanks to improved brain function. “In people who are depressed, neuroscientists have noticed that the hippocampus in the brain – the region that helps regulate mood – is smaller. Exercise supports nerve cell growth in the hippocampus, improving nerve cell connections, which helps relieve depression,” explains Dr Michael Craig Miller, assistant professor of psychiatry at the Harvard Medical School.

Almost instantly, Cheung felt her mental health improve with more exercise. She started running 3 kilometres, then 5, then 10 and, eventually, began competing in ultra-marathons. “Like life, ultra-running is full of ups and downs. You need to find a way to push through, so it’s a good way to build your mental strength,” she says.

As she became more involved in the Hong Kong and Macao runners’ communities, Cheung established a Facebook page, VRun Diary, in 2016 to share her battle with depression. “I wanted to use my personal story to spread positive messages and encourage people who are dealing with the same problem or going through the lowest point in life,” she says.

Over the past few years, Cheung has participated in dozens of ultra-marathon races in Hong Kong, mainland China and Europe, averaging almost one race per month.

In 2018, she set her sights on the ambitious UTMB. Regarded as one of the most difficult foot races in the world, UTMB traces the Tour du Mont Blanc route through France, Italy and Switzerland and sees a total elevation gain of around 10,040 metres.

Although challenged by inclement weather, Cheung overcame exhaustion and extreme weather while running  along the route’s undulating peaks and valleys. Most of the time, she was alone – with no competitors in sight. “It would have been impossible for me [to be in the wilderness alone] in the past. But once you have a focus, you aren’t as affected by external factors,” says Cheung, who finished the race in two days.

“At one point during the race, I ran into a big valley where I was surrounded by cows and sheep. It was the most beautiful scenery I’ve ever seen in my life,” she says. “And I didn’t get there on a cable car; I ran up there, step by step. The joy and satisfaction I felt at that moment is indescribable.”

Considering herself recovered from depression and PTSD, Cheung believes that her passion for running has played an important role in improving her mental health but seeking professional help is a crucial first step.

Although the current Covid-19 pandemic has hindered her from joining overseas competitions, Cheung says she continues to train on Guia Hill or along the hiking trails in Coloane to maintain her mental and physical wellbeing.

“You can’t just wait for the depression to disappear,” she says. “We are always willing to take good care of our physical health. Why can’t we do the same for our mental health?”

In addition, the Women’s General Association  (2821 6099) and the Community Counseling Team of the General Union of Neighbourhood Associations of Macau (2822 7556) offer counselling services.