Cantonese-speaking caller claimed to represent non-existent government bureau; police warn that the number of such calls is rising. 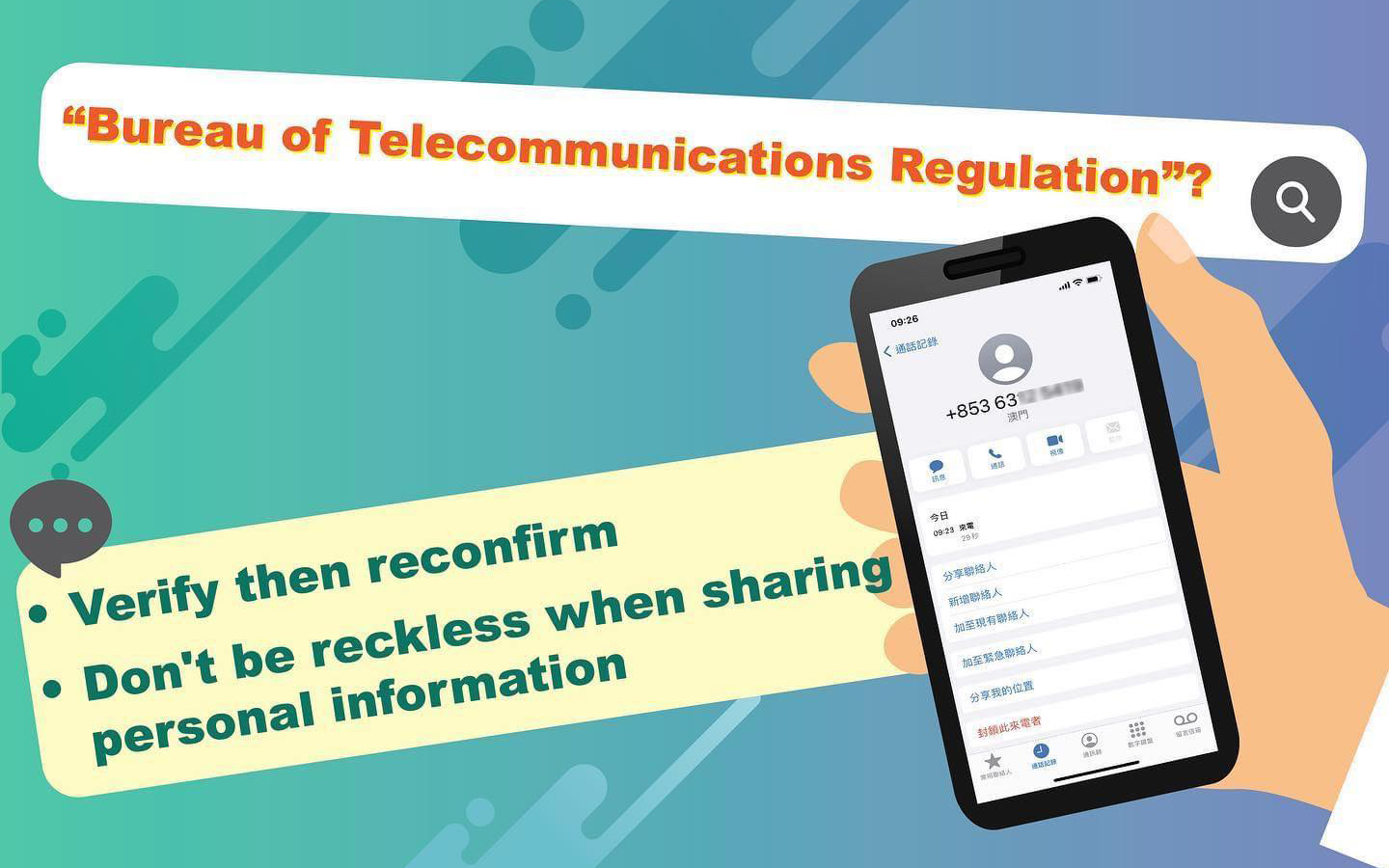 Phone fraudsters are once again preying on innocent victims in Macao by pretending to be government officials.

The Judiciary Police (PJ) urged the public to take care after a woman, who is a member of the Friends of Crime Prevention for Women (司警局婦女防罪之友), said that she had received a suspicious call from a local number by a Cantonese speaker who claimed to be from the “Bureau of Telecommunications Regulation”.

The caller warned her that her phone had shown signs of an anomaly and would soon stop working, and she should press “2” to obtain further details. She found the call suspicious and immediately hung up and reported the case to the police.

PJ officers discovered that the caller’s number was out of service, and pointed out that there is no such bureau in Macao.

The PJ warned that the number of phone calls impersonating government officials has risen recently, and urged residents to be vigilant against fraud and to hang up immediately if they receive such calls.

The public should pay attention to phone calls from unknown numbers and verify calls from strangers through reliable channels. Officers also pointed out that scammers can use software to forge the caller ID to fake calls from a purported authority.

The public should not reveal personal information or transfer money to strangers, while anti-fraud information should continue to be shared by the community, officers said.

If fraud or other kinds of crimes are suspected, residents should call the Judiciary Police Anti-scam Hotline 8800 7777 or the Crime Report Hotline 993 for help, reported The Macau Post Daily.