Local man arrested on Tuesday after killing his wife with two stools in their flat on Sunday. 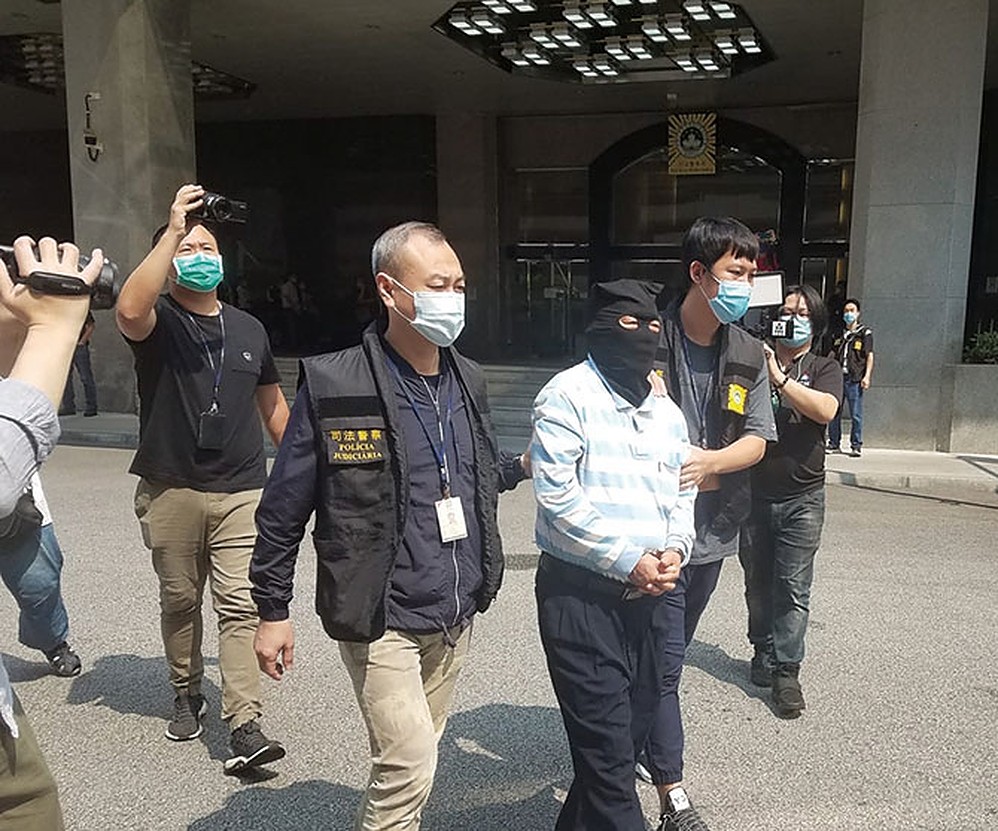 A local man was arrested on Tuesday after killing his wife with two stools in their flat on Sunday, Judiciary Police (PJ) spokeswoman Lei Hon Nei said during a special press conference on Tuesday.

It was Macau’s second suspected murder case this year.

The 67-year-old suspect surnamed Lei works as a doorman in a residential building in Areia Preta district. The victim is his 66-year-old wife. They were married for about 40 years with a son and two daughters who do not live with them. The couple lived in a flat on the 8th floor of Block 11 of Kwong Wa San Chuen Building in Avenida do Nordeste in Areia Preta district.

According to Lei, the suspect had called the Public Security Police (PSP) early Monday morning to request an ambulance, after which the Fire Services Bureau (CB) sent an ambulance to the building. The firefighters found the body of a woman lying in the kitchen. She had sustained scalp, face and hand lacerations, and her handbag had apparently been searched. PSP officers arriving at the scene suspected homicide and transferred the case to PJ officers for further investigation.

Lei said that on Monday morning the suspect was taken in for questioning.

According to Lei, he admitted the crime and told the police that he has a gambling habit. He told the police that he had had a dispute over money with his wife during dinner in the living room on Sunday at around 6 p.m. before he went to work. He asked his wife to give him his bank passbook but his wife refused and, according to the suspect’s testimony, poked his face and hands with her chopsticks.

The suspect said he reacted by slapping her face before using two small wooden stools to hit her on the head. After killing her, the suspect said he moved the body into the kitchen and cleaned up the blood in the living room. He also told the police that he removed the blood-stained clothes from her body and redressed her in clean ones. He said that he put the blood-stained clothes into a rubbish bag that he discarded in a dumpster outside the building on his way to work.

Lei returned from work on Monday at around 6 a.m. and cleaned up the crime scene once again, took more than 2,000 patacas from his wife’s handbag and hid the money in the wardrobe. Afterwards, he called the police and made up a “robbery-murder” story and claimed that he had found his wife’s body when he returned from work, according to Lei.

Lei said that a forensic examination of the body confirmed more than 10 wounds on the victim’s head caused by a blunt object. Wounds were also found on the woman’s hands apparently caused when she tried to defend herself from the suspect’s attack.

The suspect was transferred by the Judiciary Police to the Public Prosecution Office (MP) on Tuesday for further investigation, facing a charge of aggravated murder, according to Lei. The suspect faces between 15 and 25 years in prison, Lei said.

According to handout photos released by the Judiciary Police on Tuesday, the suspect took part in a re-enactment of his alleged crime.