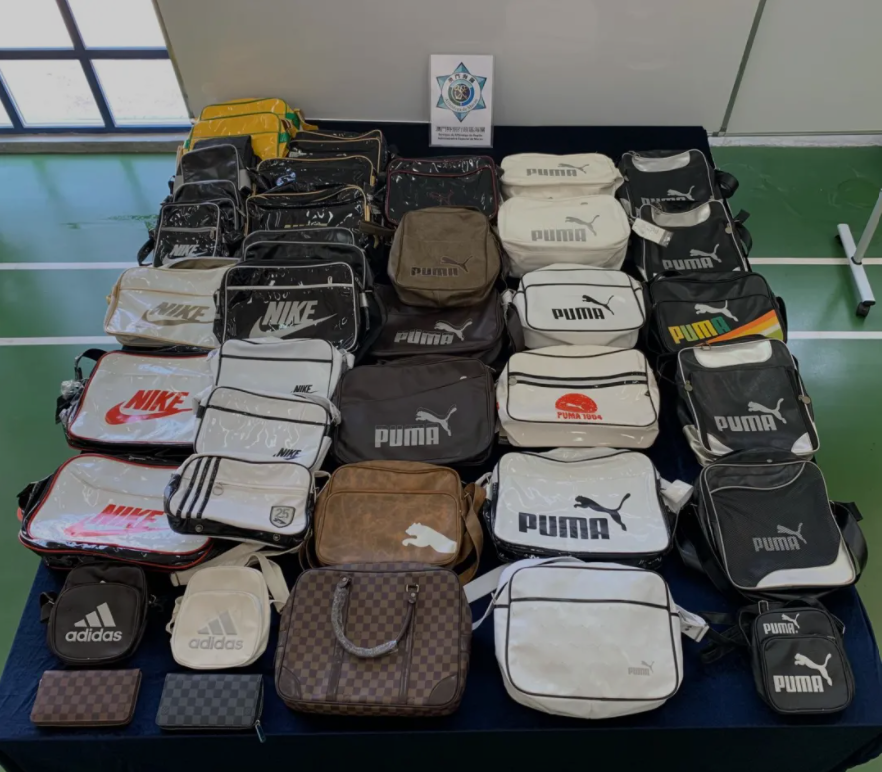 According to the statement, Macao Customs Service officers were previously patrolling a shopping centre in Iao Hon and saw a shop that was selling luxury brand-name handbags at an extremely low price. The statement pointed out that the officers noticed that the quality of the handbags was “subpar”, so the officers suspected that they were fakes.

The bureau noted that if they were real bags, they could have been sold for MOP 45,000 in total.

According to the statement, the 58-year-old suspect owns the two stores. The statement said the suspect confessed that she purchased the bogus handbags and wallets from the mainland for MOP 20-50 and resold them for MOP 50-120.

The Customs Service has transferred the suspects to the Public Prosecution Office (MP). According to Article 292 of the Industrial Property Code Decree-Law No. 97/99/M, the suspects face up to six months in jail.