Hi-tech gang used social media apps and QR codes in their undercover operations. Three mainlanders, two male, one female, face fine of up to MOP 50,000 each. 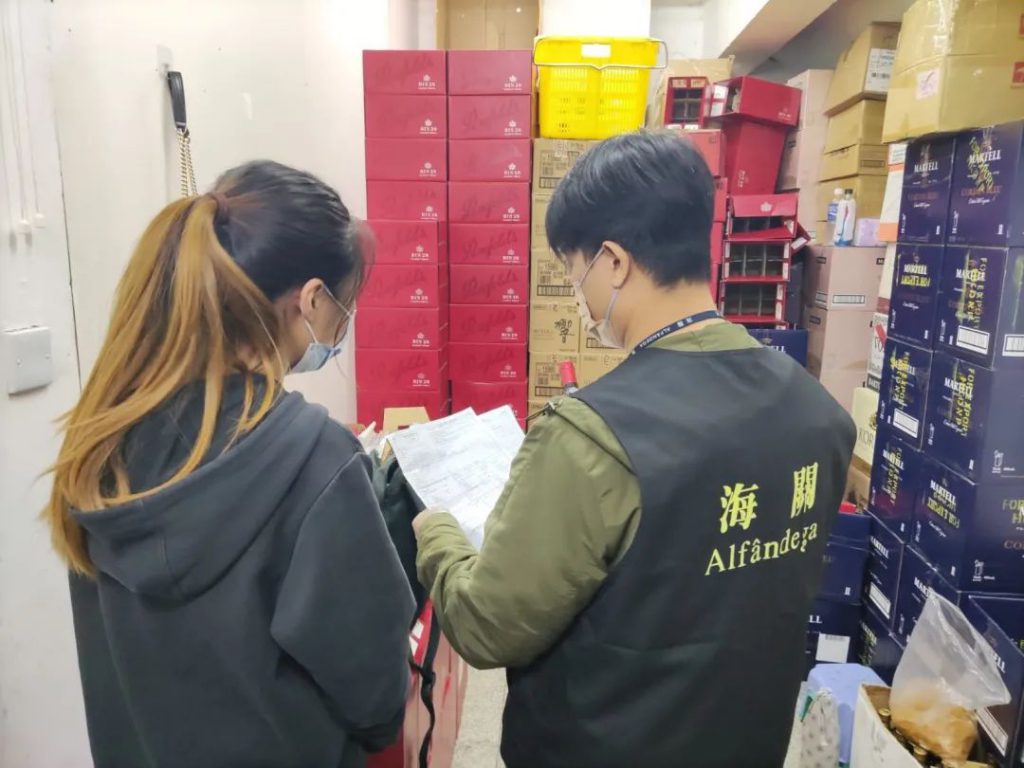 Customs officers seized MOP 4-million worth of beauty products from an industrial building in the northern district last Thursday, breaking up a parallel trading operation.

The Macao Customs Service said that officers had been monitoring parallel traders’ activities and located their hideout in an industrial building in the northern district and decided to swoop immediately.

Officers confiscated 8,000 beauty products estimated to be worth about MOP 4.15 million, and said the evidence showed that the traders’ boss had been illegally hiring people to move products over the border.

During the operation, the customs officers discovered that the parallel traders had lookouts outside the industrial building. The parallel traders used social media apps to get new members, and all business transactions took place online.

Customers who wanted to pick up their products in person needed to scan a QR code prior to entering the building. The statement underlined that the layout of the unit is “complicated”, which increased the difficulty for custom officers to monitor.

Three people, two males and a female, were arrested for breaching the External Trade Law; two of them were in charge of the unit, while the other person was a parallel trader. Officers underlined that they could face a fine up to MOP 50,000 each.

As the three people are mainlanders holding either mainland travel permits to Macao or blue cards (non-resident work permits), they have breached local labour laws, and the Labour Affairs Bureau  is conducting further investigations.

Two of them have now been barred from entering Macao as they have engaged in activities here that “obviously” deviated from the permitted purposes of their travel permits to Macao.

The Customs office noted that recently 10 more people have also been barred from entering Macao due to parallel trading.

In order to lower the risk of the novel coronavirus spreading to the city, the Macao Customs Service has been strictly following the government’s Covid-19 pandemic prevention and control measures and has all the imported goods completely disinfected before entering Macao, The Macau Post Daily reported.