The drop in gaming revenues in the last 18 months has brought changes to local casinos’ high-roller market, Melco Crown 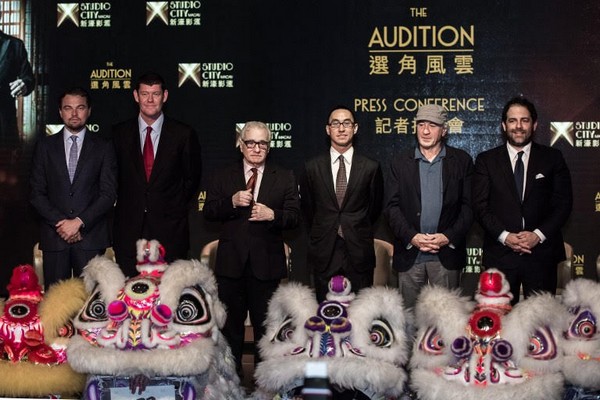 The drop in gaming revenues in the last 18 months has brought changes to local casinos’ high-roller market, Melco Crown Entertainment (MCE) Co-chairman and CEO Lawrence Ho Yau Lung said on Tuesday, adding that the shift from the high-rolling VIP to the mass market was “likely to be a permanent one.”

“There has been a big change in the VIP market in the past 18 months and I think this change is likely to be a permanent one because of the macro factors,” Ho said, when asked how much longer the ramp-up period would be for Studio City without VIP lounges, compared with his company’s premium mass market focused City of Dreams.

Ho made the comments in a press conference prior to the opening of the gaming operator’s Hollywood-themed Studio City resort in Cotai.

Ho said that the state of the mainland economy and other macro factors were the reasons for the drop in local gaming revenue.

“I can’t say [when the market will recover] but we only hope that Studio City is part of the catalysts to push gaming revenues back up,” Ho said.

He also said that as there are no VIP rooms in the new casino, Macau 36th, all of the 250 gaming tables allocated by the government recently are for the mass market. However, he pointed out that if his company had been granted 400 gaming tables as requested, “a very small portion” would have been VIP tables. He also said his company had long steered away from the VIP market.

According to Ho, the VIP EBIDTA contribution to the gaming operator has been less than 10 percent. He also said that among the city’s six gaming operators, Melco Crown was the second least dependent on high rollers brought in by junkets.

Ho also said that with an investment of US$3.2 billion in Studio City, his company was confident and still saw potential in the local and mainland markets, while pointing out that the Hong Kong-Zhuhai-Macau Bridge, the city’s light transit rail (LRT) and the Taipa ferry terminal would all get off the ground in the next few years and improve Macau’s accessibility.

Ho said his company was looking for a 20 percent return on its investment in Studio City.

“At certain times of the year, at Golden Week and Chinese New Year, there is a bottleneck,” Ho said, adding: “If the government can resolve that bottleneck, Macau can take a lot more visitors because of operators like us who are building a lot of hotel rooms, there are hotel rooms… and amenities for a lot more people.”

According to Ho, there is still a third of the land at Studio City that is yet to be built on, adding that his company also planned to build department store on the property which, he said, was slated to open in the middle of next year, apart from another hotel tower in the nearby City of Dreams casino-hotel complex.

“So from next year, 2017, 2018 and 2019, there will gradually be more infrastructures that will be able to support [local tourism], and Macau actually has the ability to have more than 31 million visitors [a year],” Ho said.

Meanwhile, James Packer, the company’s Australian co-chairman, praised the local and central governments for supporting Macau’s development. “What establishes a good government? I would say the government that raises the living standards of the population, and on that basis the Chinese government has done an amazing job, perhaps the best job than any other government in the world.”