Secretary for Economy and Finance said last month he expected this year’s government GGR tax receipts to be around MOP 130 billion, which is around MOP 10 billion per month. 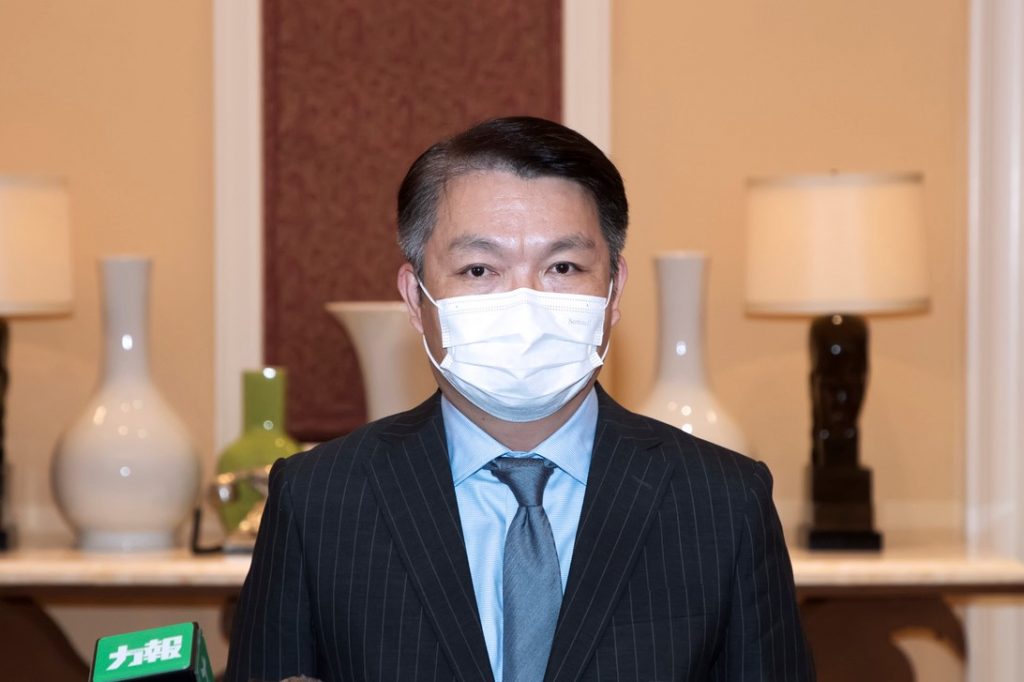 Secretary for Economy and Finance Lei Wai Nong said last month he expected this year’s government receipts from gross gaming revenue taxes to be around MOP 130 billion (US$16.29 billion), which is around MOP 10 billion per month. Lei said on Thursday he was confident about the prediction, as the government has been working hard to attract more tourists from the mainland. The policy secretary overseeing the gaming sector also said that he expected 14 million visitors this year from the mainland and Hong Kong.

Lei noted that starting from 6 September last year until Thursday, the government had given out 105,000 hotel stays to visitors, adding this figure showed that more and more mainlanders have seen the promotions in Macao. He noted that the number of visitors has been increasing steadily in the past few months. He stressed that Macao should strive to leave the impression on its visitors that it is a “city worth coming back to”.

Lei noted that in 2020, the number of business closures decreased by 30 per cent over 2019. He also pointed out that around 11,000 new businesses opened in the past year, which was similar to the number in 2019.

Lei also noted that local residents’ unemployment rate decreased by 0.1 percentage point to 4.0 per cent in the September-November 2020 period, which showed that the economy is slowly recovering. The number of residents who applied for unemployment subsidies decreased from 780 to between 320 and 330. He also stressed that the Labour Affairs Bureau (DSAL) has hosted 15 business matching sessions with a success rate of around 40 per cent.

Behind reporters are residents

Lei said that the Gaming Inspection and Coordination Bureau (DICJ) Vice Director Leong Man Ion decided to take “unpaid leave” due to personal reasons. Lei said that after considering the situation, the government has approved Leong’s request and Lei thanked Leong for his hard work during his time as DICJ deputy chief.

When reporters asked why the media was not invited to last year’s third general meeting of the Standing Council on Social Concerted Action last week, Lei replied that it was a communication issue as the government always welcomes reporters. He said that “regardless of whether big or small matters”, reporters were welcome to report as “behind reporters are residents”.

Thursday was the Macau GBAHR’s establishment day and inauguration ceremony. According to a Macau GBAHR statement handed out on the sidelines of the event, the non-profit organisation aims to create an interaction platform for talent from different areas between Macao and the mainland. The statement said that the association would strive to improve the human resources development in Macao and in the Guangdong-Hong Kong-Macao Greater Bay Area (GBA).