Named one of China’s ‘Happiest Cities’, Macao’s neighbour is expected to be home to five million people with a GDP of RMB 2 trillion by 2035. 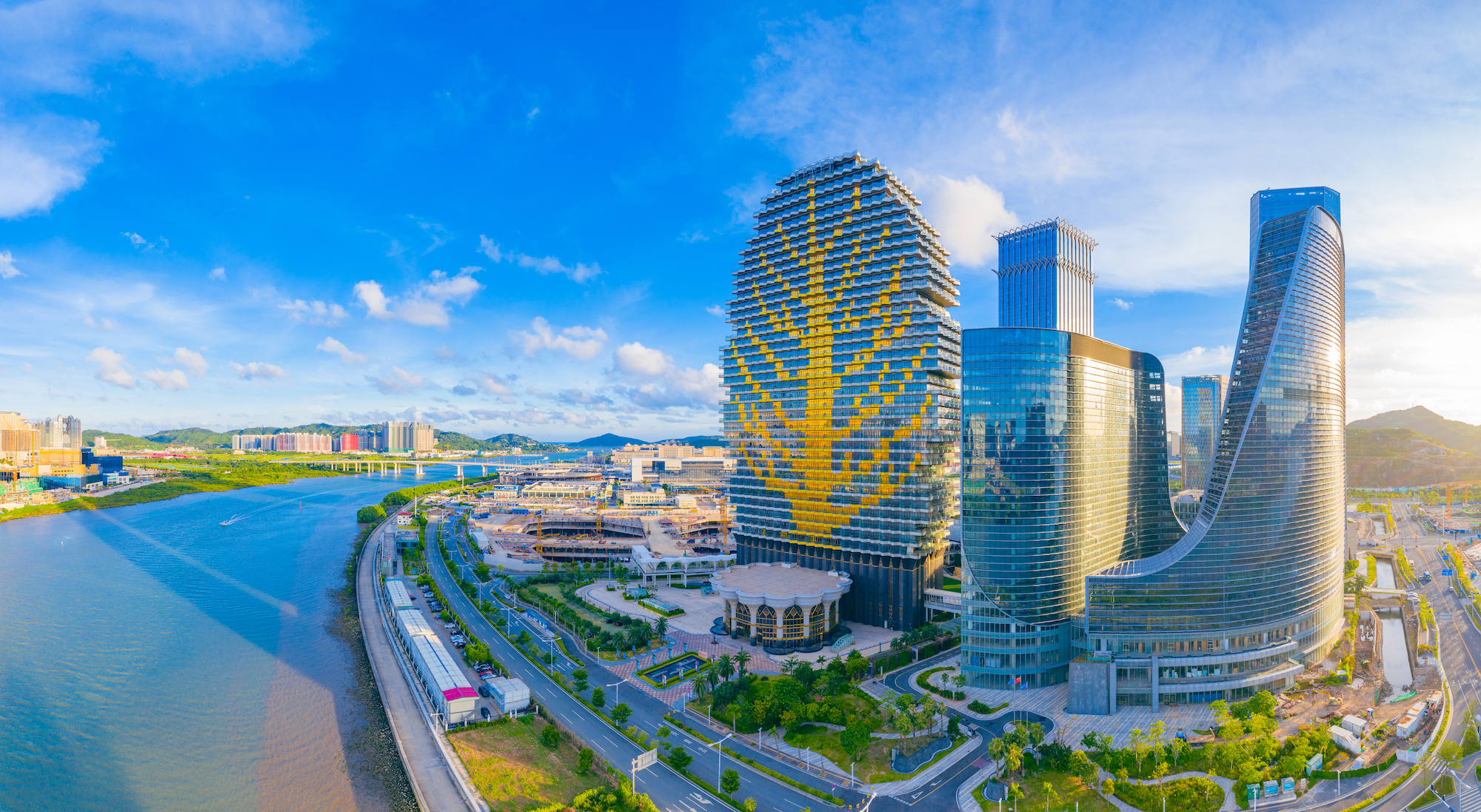 Hengqin, Macao’s new and fast-growing neighbour, is a prime example of how Zhuhai is going from strength to strength. As of early August, it hosted more than 4,500 Macao-funded enterprises – the highest concentration in the mainland – and boasted a total registered capital of RMB 137.16 billion (US$21.16 billion), according to the latest government report.

Since its establishment in 2015, the Hengqin Free Trade Zone (FTZ) has instituted 530 reform measures, three of which were selected as Best Practices of National Pilot FTZs.

Cross-border finance, work, study, and medical treatment have become a reality in Hengqin as it aligns with the rules and regulations in Guangdong, Hong Kong, and Macao.

Macao residents can now process Zhuhai social insurance affairs online and drivers of single-plate vehicles from Macao are covered by a lifetime service plan that helps them adapt to Hengqin road conditions.

Construction of the Macao New Neighborhood is underway to provide Macao residents with familiar facilities and public services.

“In addition to deeper cooperation with Macao, during the 13th Five-Year Plan (2016-20) Zhuhai’s real economy volume rose from 10th in the province to sixth with an annual growth rate of regional GDP of 7.4 per cent,” the report stated.

High-end equipment manufacturing industries such as aviation and aerospace are being expanded with the introduction and cultivation of leading enterprises.

A transport hub is emerging on the west bank of the Pearl River Estuary, following the opening of the Hong Kong-Zhuhai-Macao Bridge in 2018, while a growing land-sea-air transport network is taking shape.

To improve quality of life, Zhuhai is investing RMB 238 million (US$36.7 million) to address more than 3,000 issues concerning the community. By the end of July, 3,090 projects had been initiated, of which 1,955 had been completed.

The city had 733 parks by the end of 2020. Residents will soon be able to reach a green space within 300 metres of their homes, and a park within 500 metres.

Meanwhile, 54 civic arts centres have opened across the city. Every residential community has access to sports parks, and citizens in urban areas can reach fitness facilities within 10 minutes.

Zhuhai has been named one of China’s Top 10 Happiest Cities (prefecture-level) by Oriental Outlook magazine and the Liaowang Institute think-tank five times, and it is in the running this year for the sixth.

The city is expected to have a population of three million and GDP of more than RMB 600 billion(US$92.6 billion) in 2025. It will be home to five million permanent residents with a GDP of RMB 2 trillion (US$309 billion) in 2035.