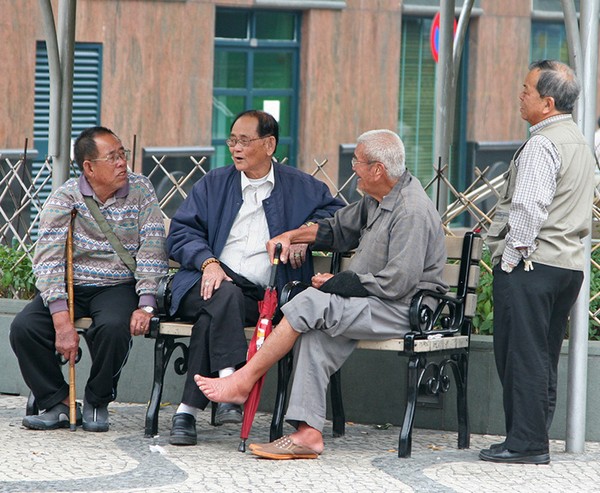 Social Security Fund (FSS) President Ip Peng Kin said on Wednesday that the government was proposing to increase the social security dues paid by the city’s employers and employees from the current 45 patacas to 90 patacas a month.

Ip also said that once the proposed amount is agreed upon in the government-appointed Standing Council on Social Concerted Action it was expected to be implemented in the second half of the year. The last time the dues were raised was in 1998.

Ip made the announcement after attending Wednesday’s meeting of the government-appointed Central Districts Social Services Consultative Council in the government service centre in the “Three Lamps” area. The council invited Ip to explain the latest developments in the setting-up of a non-compulsory central provident system for the city’s employees.

The Standing Council on Social Concerted Action is an advisory body to the chief executive on the formulation of labour policies. It comprises representatives from the government, the Macau Chamber of Commerce (ACM) and Macau Federation of Trade Unions (commonly known as Gung Luen).

Asked by reporters about the latest developments in the long-planned increase in the city’s social security dues, Ip said that the government planned to increase the employees’ dues to 30 patacas a month while the amount employers would pay would be increased to 60 patacas a month per employee.

“The ratio regarding the dues from the employers and employees paid into the Social Security Fund will remain unchanged,” Ip said.

Currently, employees pay 15 patacas a month into the fund while employers pay 30 patacas. The fund pays eligible residents aged 65 or above a pension of 3,180 patacas a month.

“We have submitted a proposal to the council regarding the increased dues…we hope the council will discuss the matter this month,” Ip said, adding that “as any changes in the dues will not need the approval of the legislature…once the consensus is reached…we expect the new dues to be implemented in the second half of this year,” Ip said, adding that most of the FSS funding comes from the government and three percent of the gaming industry’s gross revenue.

Ip says that the government pays about seven billion patacas into the fund.

“I think the new dues to be paid into the social security fund are acceptable…and the public should think about how to ensure that the sustainable development of the fund won’t just rely on public money,” Ip said, adding that the dues should be increased gradually.

Representatives of the business sector have repeatedly said that the ratio should be changed so that both employers and employees pay the same amount.

Ip also said that the fund paid about 2.5 billion patacas for its running costs as well as pensions and subsidies to residents including pensions for senior citizens last year, while the fund only received about 400 million patacas in employers and employees’ dues as well as the money collected from local enterprises that apply to hire non-local staff.

As the various pensions and subsidies paid by the fund have increased recently, the government has announced that it plans to put around an additional 37 billion patacas into the fund from 2013 to 2016.