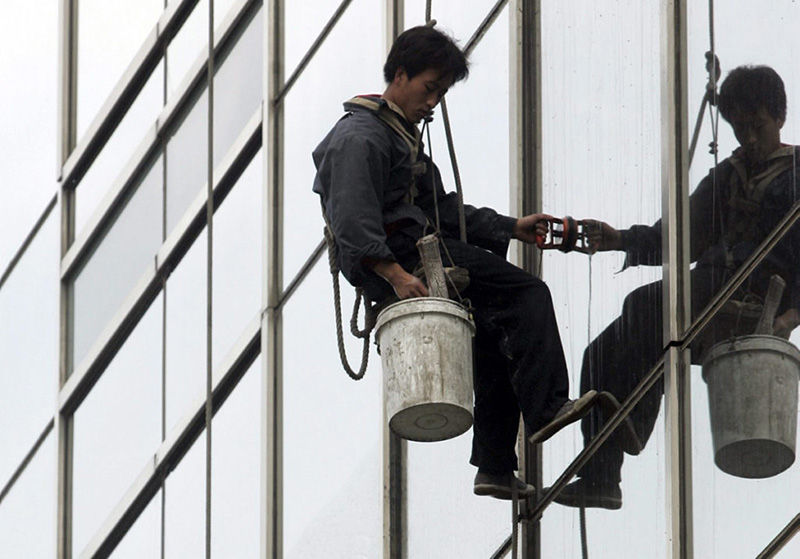 epa00851772 Window cleaners work on a high rise building in Beijing, Monday 30 October 2006. China's top legislative body is now pushing to pass a revised property bill that would be a landmark in protecting private ownership, reports state media. The bill was first submitted to the National People's Congress in 2002 and has been through six revisions. The bill is the first to protect ownership of private property since the founding of the People's Republic of China in 1949, reports also said. EPA/MICHAEL REYNOLDS
29 January 2019 BY STAFF REPORTER
BY STAFF REPORTER29 January 2019

The average number of employed persons per household stood unchanged at 1.7, while the median monthly employment earnings per household rose by 1,600 patacas year-on-year to 30,000 patacas.

Fourth-quarter employment in the transport, storage and communications sector rose by 1,000 quarter-to-quarter to 20,600, while employment by hotels and similar business activities dropped by 1,400 to 30,100.