The government expected a budget deficit of over 40 billion patacas for this year due to the adverse impact of the COVID-19 epidemic on the local economy. 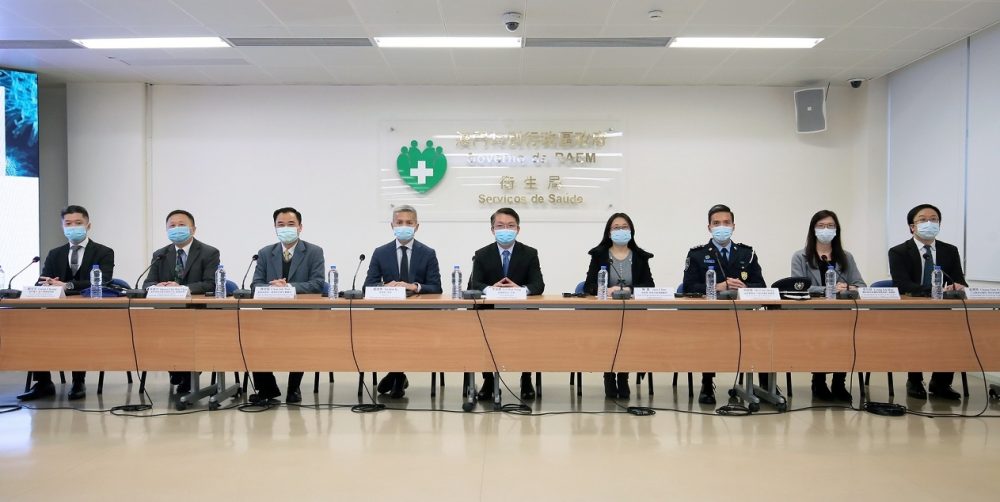 Addressing Thursday’s daily press conference about Macau’s novel coronavirus (COVID-19) situation, Secretary for Economy and Finance Lei Wai Nong said that the government expected a budget deficit of over MOP 40 billion (US$5 billion) for this year due to the adverse impact of the COVID-19 epidemic on the local economy.

Ruling out the possibility of paying out an extra “wealth-sharing” handout this year, the policy secretary said that the government would need to spend a lot of money on its financial support measures to assist residents and businesses, as well as on a string of measures to bring the local economy out of the trough.

Lei made the remarks on Thursday evening at the Health Bureau (SSM) adjacent to the public Conde de São Januário Hospital Centre when replying to a question by a reporter whether the government was planning to pay out a second “wealth-sharing” handout.

Lei first announced in late January that the government will bring forward the payout of this year’s annual “wealth-sharing” handout to April in response to the adverse impact of the COVID-19 epidemic on the local economy. In previous years, the government customarily started paying the handout in July.

During Thursday’s press conference, Lei pointed out that the government’s annual cash handouts “are linked with [the city’s] economic achievements”, adding that while this year’s government budget deficit would possibly be over MOP 40 billion, the government not only did it not cancel this year’s handout but it even brought the payout forward to April.

Lei noted that the government’s financial reserves currently amount to over MOP 0.57 trillion, which he described as “residents’ hard-earned money that has been accumulated by everyone [in Macau] over the past two decades since Macau’s return to the motherland”.

‘Store up grain against famine’

Lei noted that in addition to the current COVID-19 epidemic, Macau previously experienced the SARS epidemic in 2003, the global financial crisis in 2008 and 2009, the “steep” downturn in the gaming sector from 2014 to 2016, and the Super Typhoon Hato disaster in 2017, adding that all these have reminded Macau’s civil society about the necessity to “store up grain in anticipation of famine”. Lei said it was very important for the government to make good use of its financial reserves.

Lei pointed out that the government will need to spend a lot of money on the road to Macau’s economic recovery, adding that the government’s upcoming investment in public projects and financial support measures would require the backing of sufficient financial resources.

“The government needs to guide residents to the right road, rather than the easy road,” Lei said, adding that therefore the government did not have any plans to pay out an extra cash handout for this year. Lei was quick to pledge that the government will “look after residents and companies and support the underprivileged” through its taxation measures and its system of redistribution of wealth and income.

At around the middle of last month, Lei announced a string of financial support measures with the aim of relieving the heavy burden on residents and businesses amid the “huge” impact on the local economy due to the COVID-19 epidemic, such as net profits tax and personal income tax deductions, various tax exemptions, a special interest-free loan scheme for small- and medium-sized enterprises (SMEs), the government paying all residential households’ whole water and electricity bills for three months, and, last but not least, a 3,000-pataca consumption e-voucher for all local residents.

Registration of e-vouchers from middle of this month

Lei said last month that the government’s 3,000-pataca consumption e-voucher aims to boost local consumption – which has been hit hard by the epidemic – and benefit SMEs in various sectors. The e-voucher will be a card operated by MacauPass. Lei said at that time that in order to ensure the effectiveness of the e-voucher scheme to boost local demand, the holders would need to use it within three months and they can only spend up to 300 patacas per day. The government expects to spend MOP 2.2 billion on the scheme, which will cover businesses such as restaurants, retail outlets and department stores.

Both permanent and non-permanent residents are entitled to the consumption e-voucher scheme.

During Thursday’s press conference, Lei announced further details on the e-voucher scheme. Lei said that residents can register on the website of the Macau Monetary Authority (AMCM) between the middle and the end of this month, before they can start to pick up their consumption e-cards from the middle of next month at a venue they have selected when registering on the AMCM website. The venues will comprise 32 places in government premises and 130 local bank branches, according to Lei, who said that residents will only have to present their ID cards when picking up their consumption e-cards.

Residents will need to use their e-cards from May to July, Lei said.

According to Lei, the consumption e-cards can be used at all MacauPass terminals set up at retail outlets.

According to Lei, 80 percent of retail outlets in the city have set up a MacauPass terminal. Lei urged the remainder to set up MacauPass terminals, adding that the company will not charge them for the installation.