A pathway to earn a bachelor’s degree in social work at the University of Saint Joseph, the Prison Outreach Programme provides much-needed motivation and support for inmates who want to start fresh. While serving a 20-year prison sentence for a criminal charge, Macao-born Peter Chan*, needed to get his life back on track. His case worker and mentor encouraged him to join the University of Saint Joseph (USJ)’s Prison Outreach Programme, which is taught in Cantonese, Mandarin and English.

Launched in 2009, the programme was designed to prepare inmates and ex-prisoners, who may be anxious about reintegrating into society, for a career in social work. It follows the same curriculum as USJ’s bachelor’s degree classes, while also offering mentoring and career guidance. Chan, who entered prison at the age of 18, enrolled in the programme’s inaugural class and studied to become a social worker for the next four years. For the first time in a long while, he felt hopeful, like he had found his calling. But then the university suddenly put the programme on hold in 2012 due to staffing issues.

“I was quite frustrated – I thought it was gone for good. I felt goalless,” he recalls. “I wanted to give up. But being in prison gave me a lot of time to reflect. I was thinking, ‘When I get released, I will be about 40. I won’t be too old or too young. I must move on and not stay in one place.’”

During the break, Chan helped out in the library, devoured the “Chicken Soup for the Soul” self-help book series and read up on psychology. He tried to educate himself and expand his knowledge, with or without the programme.

“In prison, I met some young people who tried to figure out ways to make money fast or find shortcuts in life. At the end of the day, there are no shortcuts. Studying is the best way. A university degree requires four years to complete; but if you break the law, it will cost your whole life. That’s not worth it.”

In 2018, Chan received welcome news: the programme was set to start again. In the interim years, USJ had received several requests from family members of inmates asking USJ to reinstate the classes.

Fr Dominique Tyl SJ, previous dean of the Faculty of Social Sciences at USJ who made this programme happen felt the university should try it again. “The programme offers incarcerated individuals the opportunity to further their education and improve employment opportunities post-release.” says Professor Helen Liu, the Prison Outreach Programme leader.

When classes started again, Chan picked up where he left off. Back in 2012, Chan had nearly finished his freshman year, or year one, of USJ bachelor’s degree in social work alongside three other inmates.

So his first goal upon restarting was to finish year one. “I was trying to catch up with my year one study and adjust to the study environment,” says Chan, who is now 40 years old. “My instructors were very kind. They gave me suggestions on which modules to take first and allowed me to go at my own pace.”

“It felt marvelous when I completed my year one study. I had waited for this for such a long time, I know it was only year one, but at least I had taken a step. And I felt more confident to be able to finish year two.”

After his release in 2019, Chan finished his sophomore year in person at USJ in 2020. And this September, he will start his third year.

He feels thankful to the university, especially to Professor Liu. “I have been in prison for two decades. I was like a piece of blank paper when I came out,” he says. “There was a lot of stuff I had to learn, such as how to register for courses, which subjects to take, and how to find classrooms. Helen [Liu] helped me a lot.”

Chan feels excited about graduating and starting the next chapter of his life. “Graduating from university is a huge thing to me. I never dreamed about studying for a bachelor’s degree, because I hadn’t even finished junior high school before I went into prison. USJ has brought hope to my family and me.”

Why social work? Chan knows from his own experience just how much a social worker can impact someone’s life. “My case worker, Mei Choi, always visited me in prison and has given me a lot of advice,” says Chan. “To me, social workers not only offer help, they are also life companions.”

When the programme relaunched in 2018, USJ streamlined the curriculum to make it more efficient for inmates and recent releases. According to Liu, participants who study for six years should be able to complete the majority of the programme. Some modules, however, must be done in person, outside of prison in a classroom or case study environment, so it could take longer depending on each person.

“Once released, the students can enrol at USJ as full-time students and complete our ‘Fieldwork Practice I and II’ classes to finish their social work degree,” says Liu. “With a social work degree from USJ, they have wide open career paths in social service and other related work.” 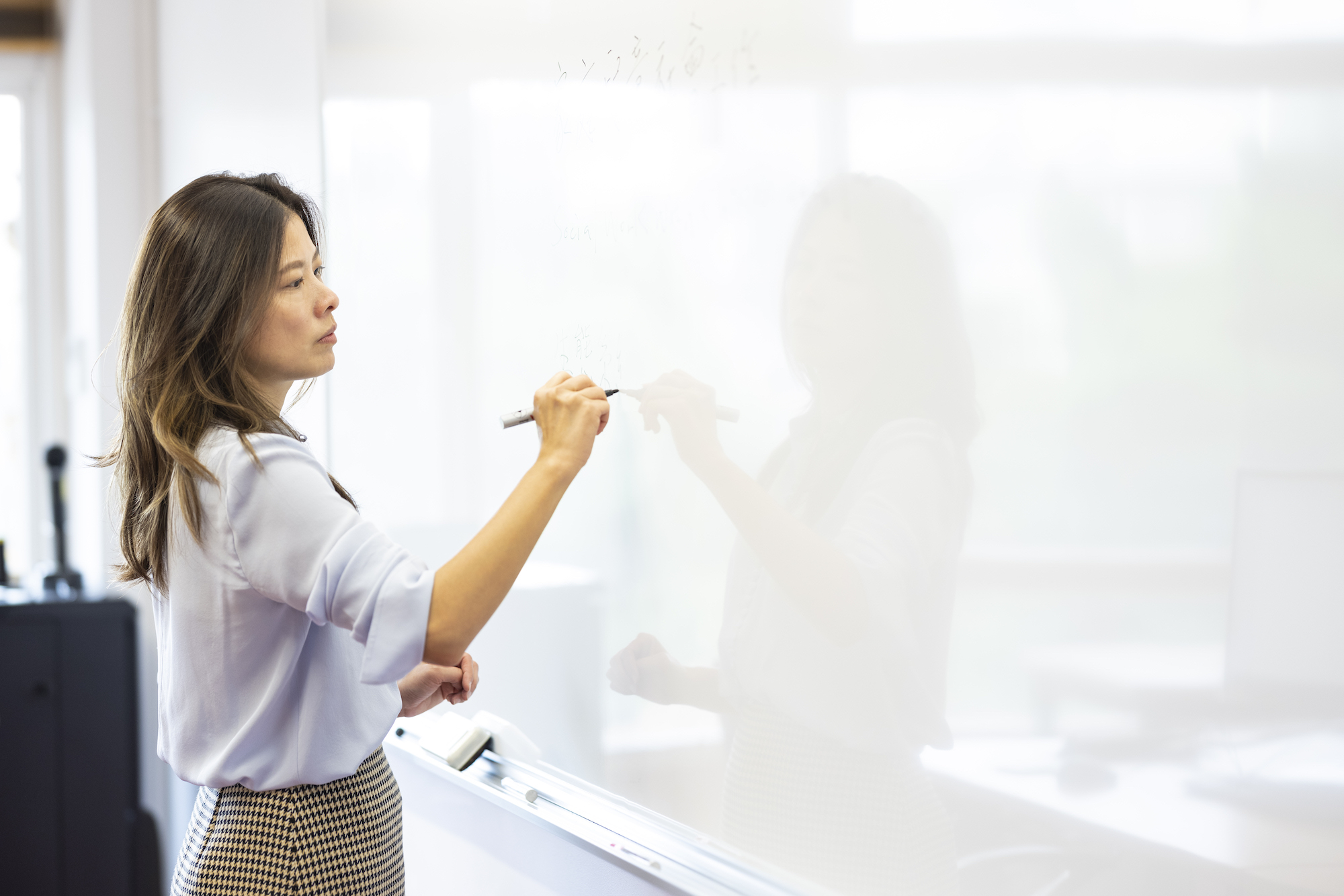 The programme has seen growing interest since resuming in 2018. The first year, it welcomed six students, each of whom was either serving a prison sentence or recently released. In 2019, the number remained steady with 13 students. In 2020, the programme welcomed eight students.

This September, the programme expects to see 15 students during the fall semester – the largest cohort yet. “The aims of the programme are to educate and inspire incarcerated individuals to achieve their academic and professional goals, prepare them for future social reintegration, and a better transition into communities,” adds Liu.

Chan says the classwork not only helped him prepare for life outside of prison, but also gave him hope for a better future – and a chance to dedicate his life to helping others. For the past two years, Chan has been working as an event coordinator at a youth service organisation while continuing his studies at USJ.

He has also improved his social and communication skills. For instance, he recently finished a Bosco Adventure certificate training course – a nonprofit programme for young adults – which cultivates trust, communication, team-work and problem-solving skills through activities and workshops.

“I used to be an introvert. After my release I felt I should become more proactive about meeting and building relationships,” says Chan. “Now I have a goal. After graduating from USJ, I hope to officially become a social worker and help others.”