Is Cantonese losing its mainstream status in Macao? Link copied

From the promotion of Mandarin as an educational medium to the influx of mainland Chinese tourists and migrants, we contemplate the future of Macao’s Cantonese dialect. 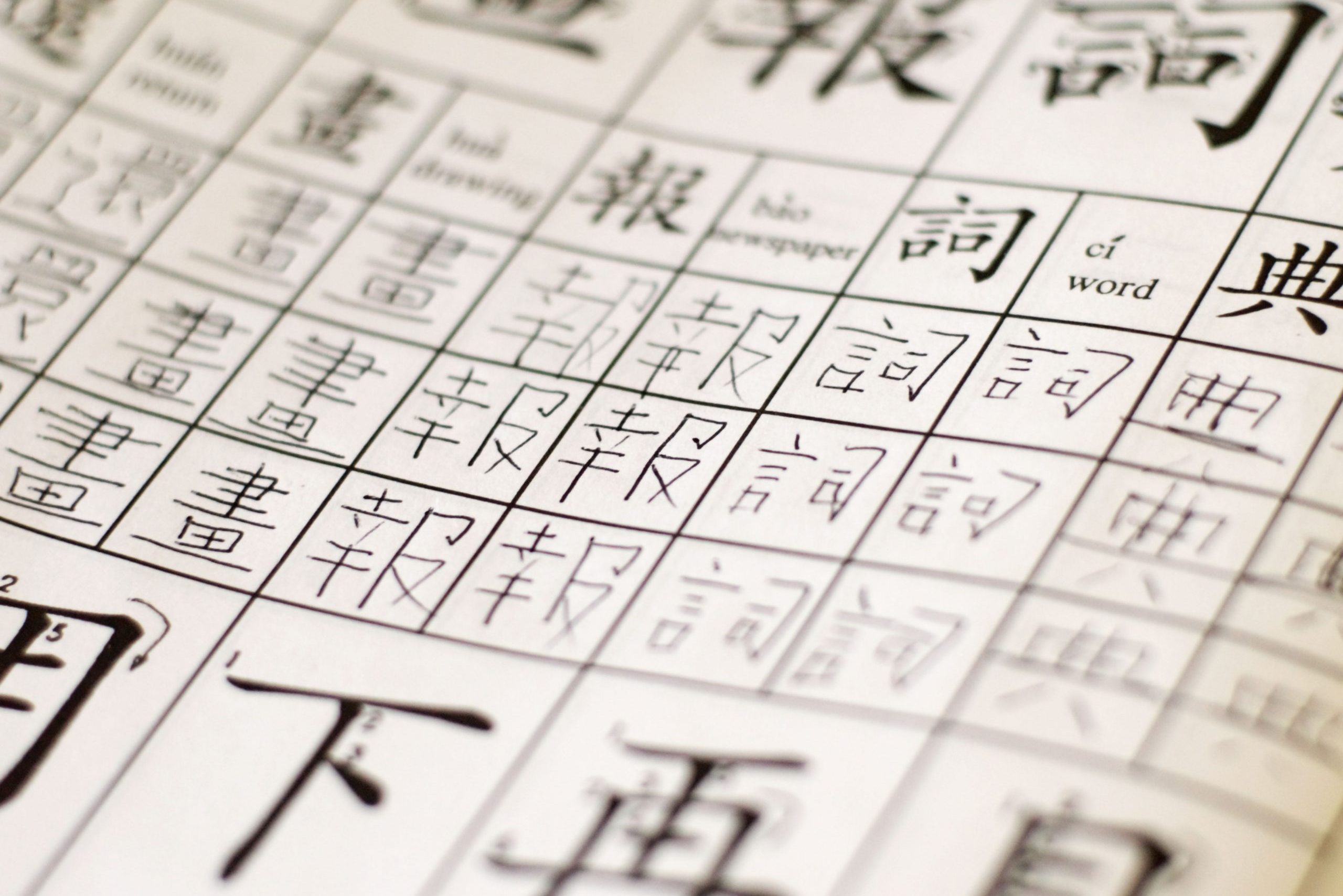 For Macao native Tong Choi Lan, Cantonese is her native tongue. Like many local residents, she grew up speaking Cantonese in everyday life, with friends, in school, in restaurants. However, in recent years, Tong has noticed the situation changing.

An assistant professor at Macao Polytechnic Institute (IPM) and chairman of the Macao Yue Dialect Association, Tong attributes this phenomenon largely to the increased use of Mandarin as the medium of instruction (MOI) in local schools.

Additionally, with tourism booming and an ever-increasing number of migrants from mainland China, Mandarin has also become prevalent in the city’s recreational spaces, dining and retails facilities, and visitor hotspots. Take a walk down the souvenir streets near the Ruins of St Paul’s or in the shopping malls of hotel resorts, and you will find servers speaking in Mandarin and signboards in simplified Chinese.

Local educators and Cantonese advocates alike are seriously questioning the dialect’s future in Macao. “The survival of a language depends foremost on local schools, then public attitude,” Tong explains. “If the schools switch to full Mandarin teaching and the public also gives up on speaking Cantonese in everyday life, it can take simply one generation to turn Mandarin into the mainstream language.”

Tong warns that the decline of Cantonese may put Macao’s cultural identity at stake. She worries that the consequence of losing a native language presents a much bigger problem than merely losing the ability to speak it. When a language dies out, future generations lose an essential means to understand and appreciate their history.

“Our local dialects, not only Cantonese but also other minority dialects such as Patuá, are what make Macao stand out from other cities in China because they are a vital source of culture and identity for our community,” says Tong. “If we lose our own dialect, all other elements in our culture will become an empty charade without a soul.”

Cantonese and Mandarin are two of the seven major dialects of the Chinese language. With a documented history of over 2,000 years, Cantonese is predominantly spoken in Guangdong province in China, as well as in overseas Chinese communities in countries like Singapore, Australia and Canada.

The first documentation of Mandarin comes much later, in the 14th century, some 1,400 years after Cantonese. Originating in North China, Mandarin was first used among government officials before gradually spreading to the local community. In 1911, the education department of the Qing dynasty officially instituted Mandarin as the national language, just prior to the dynasty’s fall that same year.

Mandarin has become more widespread over the past century and is currently spoken by 70 per cent of China’s population, according to official data from the country’s Ministry of Education. Meanwhile, the central government continues to proactively boost that percentage through sponsored initiatives, such as implementing a national language law in 2001; mandating the application of Mandarin in mass media, government offices and schools; and barring “overuse” of dialects in movies and broadcasting.

Under the “one country, two systems” principle, Cantonese remains the de facto official spoken language in the SARs of Macao and Hong Kong. However, in the past decade, the education sector of both cities has felt increasing influence from Beijing to promote Mandarin. Since 2008, Hong Kong has spent over HK$1.8 billion on promoting Mandarin as the MOI for teaching Chinese language.

In Macao, the issue came to a head in 2017, when Leong Lai, then director of the Education and Youth Affairs Bureau (DSEJ), announced at a university event that the bureau planned to further promote the use of Mandarin as an MOI for teaching Chinese-language classes in local secondary and primary schools. During her speech, Lai said Mandarin education is “very important for the full implementation of the ‘one country, two systems’ principle in Macao” and revealed that as of 2017, 24 per cent of the Chinese-language classes in primary and secondary schools were taught in Mandarin.

Local netizens responded with frustration and disapproval via comments on Facebook: “[Replacing Cantonese] with Mandarin forcefully will only provoke anger among the local citizens”; “ [Macao] is no longer a good place for learning”; “I feel sad to see primary school students speaking Mandarin with each other.”

In Tong’s opinion, DSEJ’s decision caters to the central government’s expectations rather than carefully considering the real issue of effective MOI in a multicultural, multilingual region. “It’s all about the fight for a standard language [in Macao]. Mandarin has the advantage because it is recognised by the central government as the national language that homogenises people’s ethnic identity.”

In its written reply to Macao News’ inquiry, DSEJ emphasised that it “has attached equal importance to both Mandarin and Cantonese” and supports local schools to “help their students develop a higher degree of proficiency and fluency in Cantonese”. DSEJ also clarifies that “it does not mandate local schools to teach the Chinese language [or] any other subjects in Mandarin” and “has not formulated a time table” on promoting Mandarin as the MOI.

However, according to several parents Macao News has reached out to, local schools have begun employing Mandarin-speaking teachers to teach not only Chinese language but other subjects such as mathematics, physics and history.

For linguists like Tong, there is room and justification for both dialects to coexist. “A person’s language proficiency is not determined by the dialect he or she speaks,” she emphasises. “Both Cantonese and Mandarin are independent dialects that possess unique ways of speaking. There is no right or wrong here. Replacing Cantonese with Mandarin will only make our future generations lose a unique language skill. How can this be helpful to their competitive advantage?”

She points to her students from Guangzhou as an example: Once schools stopped teaching the city’s native dialect, Cantonese, in the 1980s, students gradually lost the ability to have casual conversations in the dialect.

Educators are not the only peoples approaching this linguistic streamlining with trepidation. The decline of Cantonese may eliminate a wealth of creative elements and inspiration for local cultural and literary creation.

“Written language can be very inclusive, especially when it comes to creativity,” Tong explains. “Therefore, we can always find expressions that represent the writer’s identity in literary work, such as novels, poetry, dramas and songs, expressions that lose their nuance and beauty in translation.”

Echoing Tong’s observation, Macao-based poet Author Ng says local Cantonese slang is an essential element in his work. He cites his poem, The City Remains Silent, as an example. The poem portrays the Festival of the Drunken Dragon in Macao and features the unique expressions chanted by the drunken dragon dancers, such as 生箇來 (pronounced ‘sang go loi’ and describing the liveliness of the fish, shrimp and crabs).

“The loss of these colloquial Cantonese expressions will reduce the preservation of memories and history of Macao,” he predicts.

This is a sentiment deeply shared by members of the local music scene. Jun Mak, the guitarist of Macao-based rock band Scamper, worries that the decline of Cantonese may altogether erase the uniqueness of local creation.

“A local language or dialect represents the ideology and the identity of the entire society. Without our dialect, the songs we produce will no longer be representative of Macao,” he says. “Moreover, lyricists will lose the most direct channel of conveying the messages in their songs to the local audience.”

Of Scamper’s 11-song discography, six are written in Cantonese and the rest in Mandarin, a distribution mirrored in the local music scene at large. For Mak, the choice of language depends on the melody and the mood desired.

Mak admits that the nature of Cantonese makes it more challenging than Mandarin for lyricists. “While Mandarin has four tones, Cantonese has nine tones, which allow less flexibility in the composition of lyrics. Therefore, a well-written Cantonese song has great artistic value because it demonstrates the hard work, language skills and creativity of the lyric writers. They deserve support and appreciation.”

The possibility of coexistence

As this percentage continues to grow, Tong worries it may eventually squeeze Cantonese out of the mainstream: “For sure, it’s not something that will happen overnight. However, if this momentum continues without any intervention, the future of Cantonese is not promising.”

An alarming consequence of marginalising a local dialect, according to Tong, is the anxiety or “identity erasure” it incites among those who regard it as their mother tongue. And where there is anxiety on a societal scale, there is room for political unrest.

“When a population is in distress, anything can happen,” she posits, referencing the 2010 pro-Cantonese campaign in Guangzhou, where citizens organised a series of public events including singing Cantonese pop songs from the 1980s at People’s Park.

While acknowledging the importance of learning Mandarin, Tong believes that Cantonese and Mandarin can and ought to coexist in Macao harmoniously. “Instead of replacing Cantonese with Mandarin, the government and the education sector should help students become bilingual.”

Tong also suggests that students can develop language skills outside the classroom. “There are so many channels for learning a language now, such as watching TV series, listening to music and using language-learning applications. Do we really need to wipe out one language in the schools just to make room for another?”

"It can take simply one generation to turn Mandarin into the mainstream language.”Tong Choi Lan

And in fact, that is how Mak learned Mandarin. While junior secondary school did provide him with some basic Mandarin lessons, Mak attributes his fluency in the dialect to watching Taiwanese TV shows and talking with his Mandarin-speaking friends.

“These activities actually helped a lot more. I now have no problem communicating with Mandarin speakers from different regions,” he says. “I may not be able to pronounce every word accurately but I don’t see it as a problem. After all, people from different regions have their unique ways of speaking. This is very normal.”