City breathes sigh of relief after last week’s drive revealed no positive cases; but more than 1,000 people remain in quarantine after contact with ‘Xi’an Quartet’. 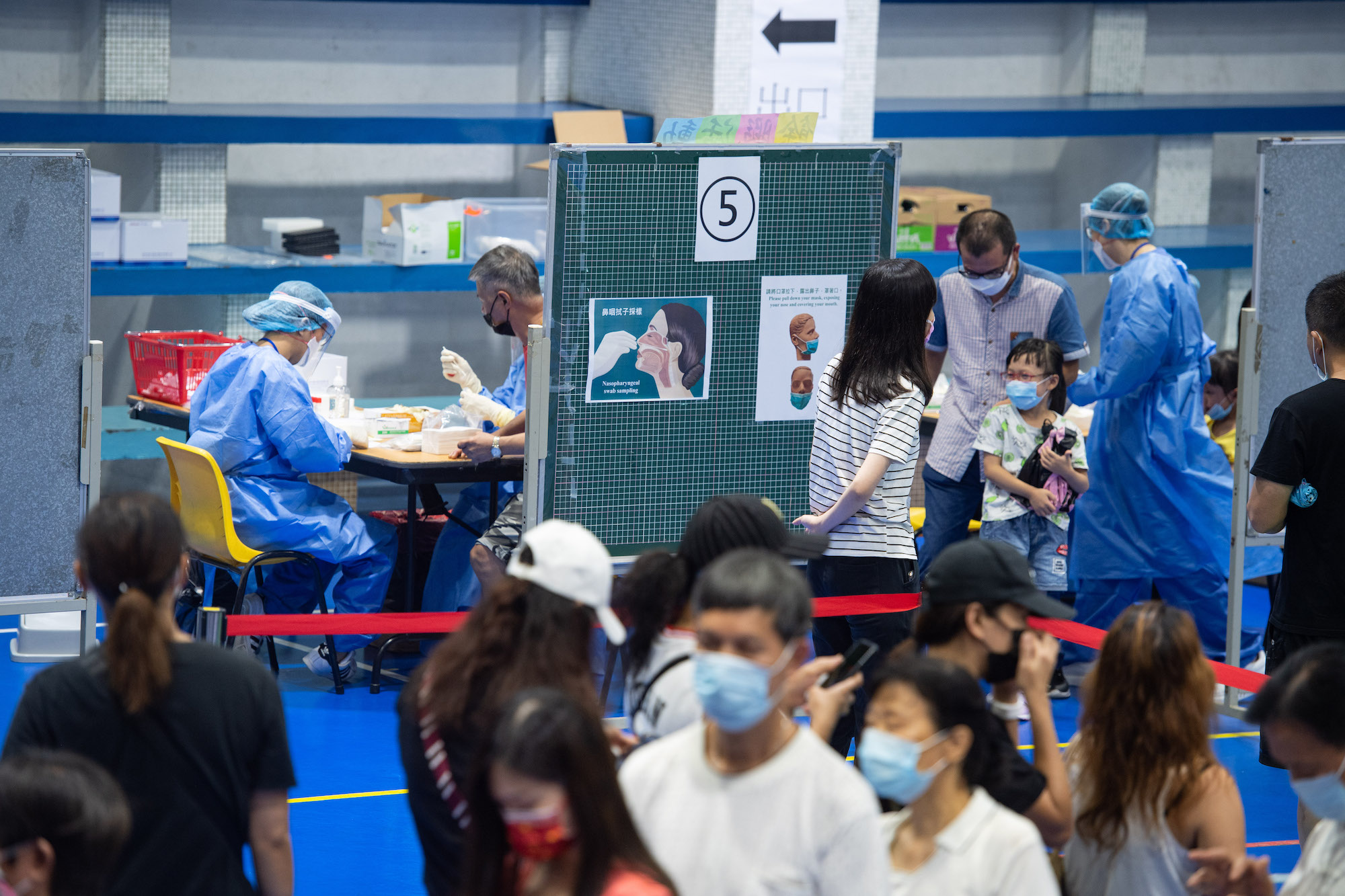 Macao will not undergo a second round of mass nucleic acid tests (NATs) as long as no Covid-19 positive cases are detected among those directly affected by the Delta variant family cluster known as the “Xi’an Quartet”.

Tai Wa Hou, a clinical director of the Conde de São Januário Hospital Centre, said that there would probably be no need to repeat the citywide programme, which assessed 716,251 people in just 72 hours, as everyone had tested negative.

The NAT drive was launched last Wednesday after a couple and their two children – a girl who had recently travelled to Xi’an and her brother – were confirmed to have the Covid-19 Delta variant.

Macao’s two locked-down areas (red code zones) cover Mei Lin Building in Rua de Coelho do Amaral, where the “Xi’an Quartet” lives and two adjacent buildings, as well as the fruit shop near Red Market – where the mother usually works – the shops nearby.

Health Bureau (SSM) Control of Communicable Diseases and Surveillance of Diseases Department Coordinator Leong Iek Hou, said that 1,018 people are undergoing hotel quarantine due to the “Xi’an Quartet”, comprising 77 who had been in close contact with the family, 594 “secondary Covid-19 close contacts”, 164 whose Guangdong Health Code colour was indicating red, 31 who had visited either of the two red code zones, 150 who had visited the same places as the four patients at the same time, and two who had been transferred to hotel quarantine from their homes in the red code zones due to the “unsuitable home environment” for quarantine.

Those living in the two zones are forbidden to leave their homes during the lockdown period.

Five other buildings near Mei Lin Building are covered by a yellow code zone.

The SSM has decreed that the two red code zones and the yellow code zone would remain in force for 14 days after the “Xi’an Quartet’s” confirmation as Covid-19 patients on Tuesday last week.

As part of the effort to fully contain the virus, Leong urged anyone who had caught any of three buses with the “Xi’an Quartet’s” mother  to contact the authorities.

In related news, Covid-19 vaccinations were fully resumed yesterday, after a four-day suspension.

Tai said that the government believes that the current situation in Macao would encourage residents to be inoculated against Covid-19. He added that the government expects another 200,000 doses of Sinopharm inactivated vaccine to be delivered to Macao from Beijing in a few days.