Health officials tighten precautionary measures further as Covid-19 cases spread on the other side of the border. 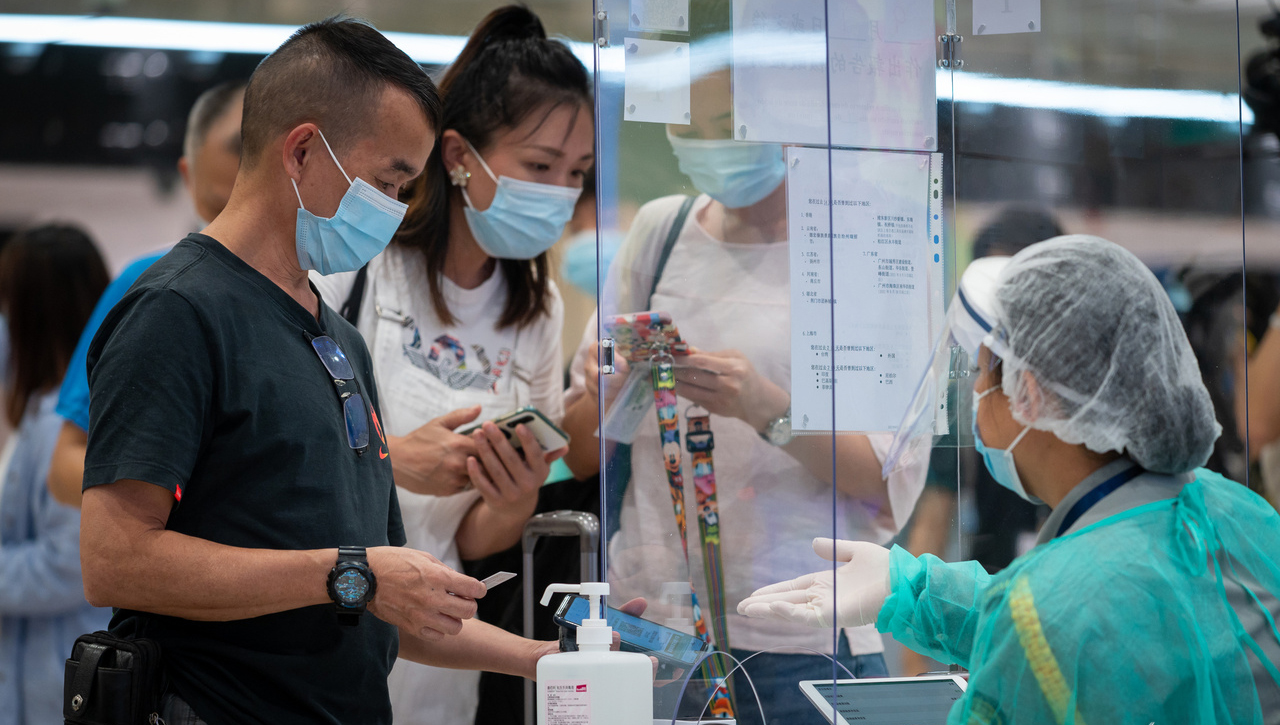 The validity of the negative nucleic acid test (NAT) result for travellers entering Macao from Zhuhai has been cut again to just 24 hours, in the wake of the current Covid-19 outbreak in the neighbouring city, which had detected 10 new positive cases as of last night.

The validity of the negative Covid-19 NAT result for travellers entering Zhuhai from Macao remains unchanged at seven days.

The validity of the negative NAT result for travellers entering Macao from Zhuhai was first tightened to 48 hours from seven days on Friday after the Zhongshan health authorities reported a new Covid-19 case on Thursday, a 24-year-old woman who lives and works in Tanzhou town in Zhongshan city.

In the wake of the Tanzhou Covid-19 case, the Zhuhai government started its mass NAT campaign, which detected seven positive cases on Friday. Preliminary viral genome sequencing indicated that they were infected with the Omicron variant. Their sources of infection have still not been identified. All of the seven patients live in Nanping town in Zhuhai.

The Zhuhai government reported one more Covid-19 positive case from Nanping on Saturday.

The Zhongshan government reported one more Covid-19 positive case on Saturday, a close contact of the 24-year-old case which was detected on Thursday.

The new 24-hour-validity NAT requirement for travellers entering Macao from Zhuhai took effect at 6 am yesterday.

All those arriving in Macao after visiting a certain residential neighbourhood in Tanzhou – where the 24-year-old lives – must undergo hotel quarantine for up to 14 days from the day they left there.

The government announced on Friday morning that all those arriving in Macao after visiting Nanping town in Zhuhai must undergo hotel quarantine for up to 14 days from the day they left the town. The measure took effect at 6 am on Friday. Those who had previously entered Macao after visiting Nanping before the measure took effect have had their Macao Health Code colour become yellow.

The Macao government said on Saturday night that some 6,200 people in Macao who had visited Tanzhou or Nanping have had their Macao Health Code colour change to yellow.

Those with a yellow Macao Health Code are barred from entering various premises and facilities such government offices and facilities, restaurants, cinemas and casinos. They are also barred from taking public transport such as public buses and taxis.

In related news, the Public Administration and Civil Service Bureau announced that from today all residents and public servants entering public service facilities and other public entities’ offices must use the contact tracing function of the Macao Health Code mobile app. Anyone who refuses to scan the contact-tracing-function QR codes will be barred from entering the premises.

Staff members will help those who still do not have the Macao Health Code mobile app on their smartphone download the app so that they can scan the QR codes.

Anyone without a smartphone can present their Health Code in print, in which case staff members will scan the code on the paper.

The Macao government is extending the use of the Macao Health Code mobile app’s contact tracing function to more venues and facilities in the city, The Macau Post Daily reported.