Reduced fee only applies at two testing stations, however others may follow suit. 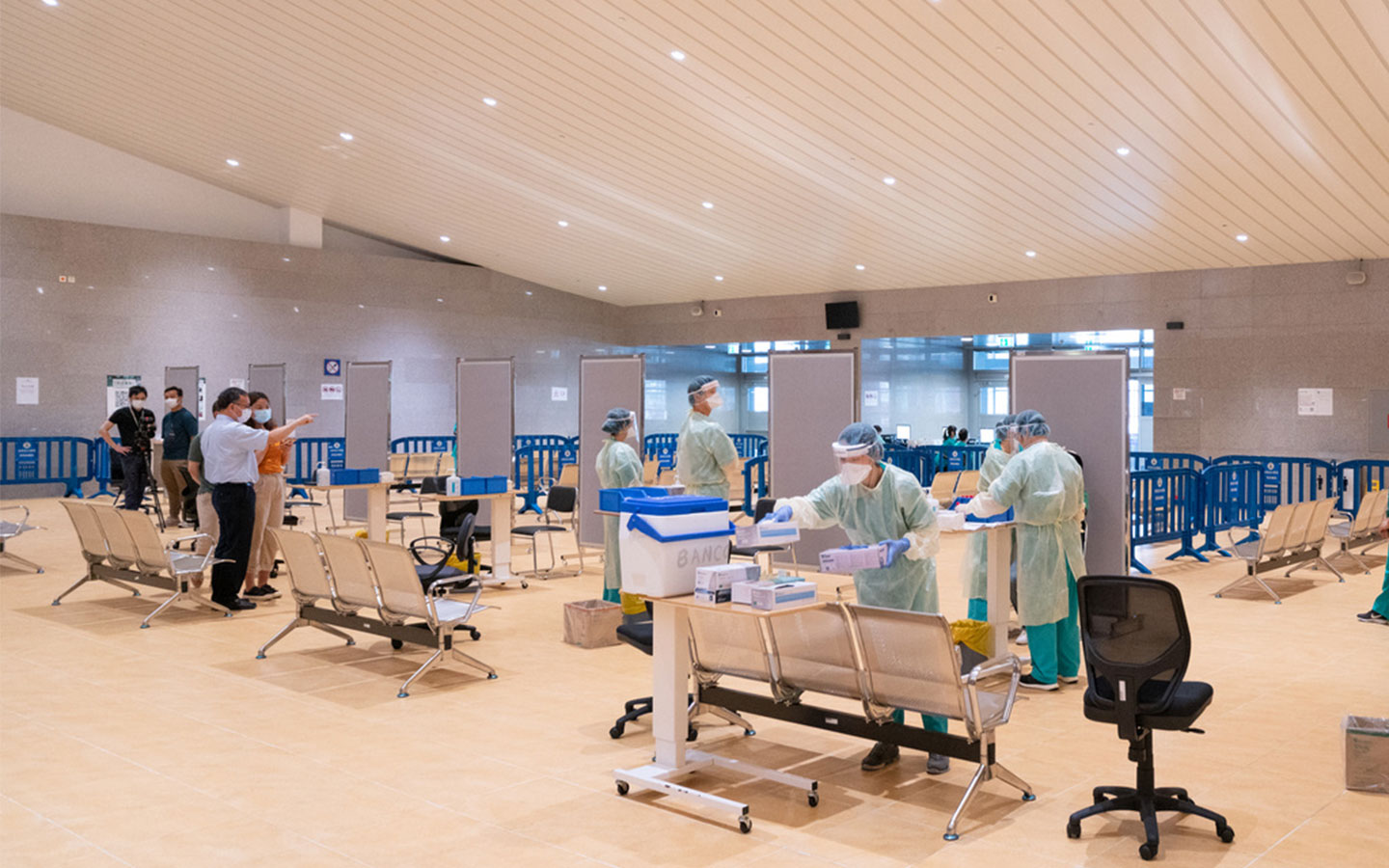 Tai Wa Hou, the coordinator of the Health Bureau’s (SSM) Covid-19 vaccination programme, said that Macao’s other three testing stations would not be covered by the MOP 10 price cut.

The three NAT stations not covered by the fee reduction are at Kiang Wu Hospital, University Hospital, which is run by the Macao University of Science and Technology, and the Workers Stadium next to the Barrier Gate border checkpoint, which is jointly run by the Macao Federation of Trade Unions, Guangdong Nam Yue Group Corporation, and Guangzhou KingMed Diagnostics Group.

Tai noted that the Pac On station and the Macao Forum station are run by the same testing institution – Kuok Kim (Macao) Hygiene Examination Company – in collaboration with the SSM.

“The Pac On station and the Macao Forum station are the two NAT stations run in collaboration with the Health Bureau,” Tai said.

“Concerning the other three testing institutions, they actually run their own NAT services without a cooperation relationship with the SSM. Of course we have contacted them to discuss whether they can lower their NAT fee, but they are still considering,” Tai said.

The SSMs commissioned Kuok Kim to carry out Covid-19 testing under the government’s NAT scheme, which was launched in May last year, at two testing stations – the main one at the Pac On ferry terminal and the other one at the Macao Forum complex.

The Workers Stadium NAT station came into service in March this year.

The fee of each Covid-19 test was MOP 180 when the government’s NAT programme was launched in May last year, before it was lowered to MOP 120 in August.

In Hong Kong, a nucleic acid test costs HK$ 240 at Community Testing Centres across the city, which are run by different testing institutions commissioned by the government.