Kindergartens and schools to open next Wednesday Link copied

But pupils and staff – and family living with them – who travelled beyond Zhongshan and Zhuhai after 6 August must take NAT. 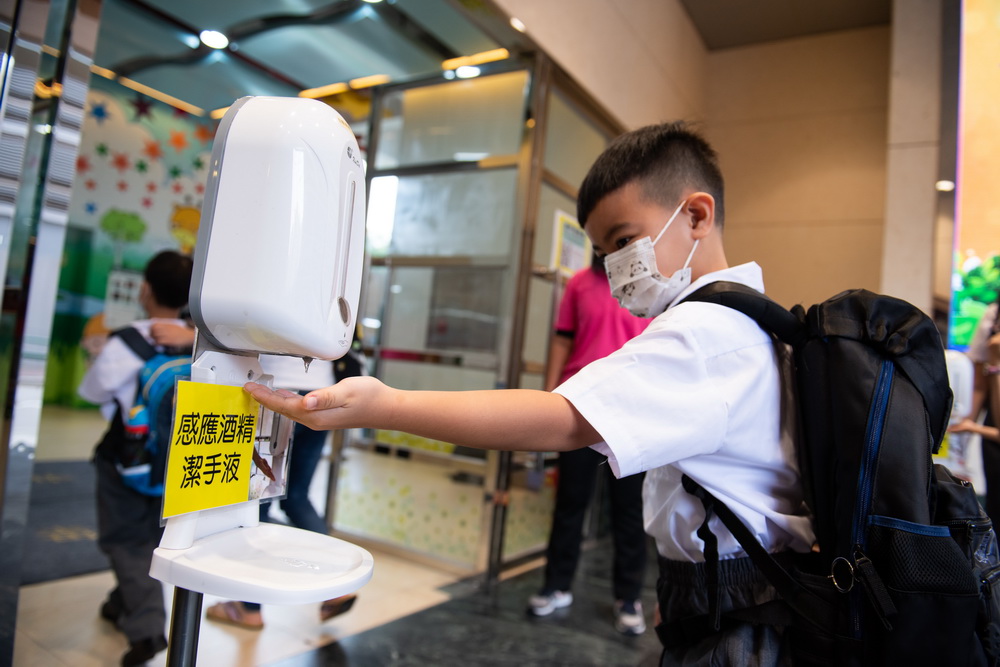 Macao’s schools and kindergartens will start their new academic year on 1 September, while higher education institutions can resume in-class teaching from 6 September, provided that Macao’s Covid-19 situation “does not have any major changes”.

Kong Chi Meng, Deputy Director of the Education and Youth Development Bureau (DSEDJ), said that his bureau made the decision after discussions with the Health Bureau (SSM).

“The bureau has been paying close attention to Covid-19 prevention and control measures for the new academic year, because of which it has been maintaining close communication with the Health Bureau in assessing the local and mainland’s latest Covid-19 developments,” Kong said.

This year, some of the city’s higher education institutions have already started their new academic year this month, such as the University of Macau which started its new 2021/22 academic year last week with online classes.

Kong pointed out that his bureau announced a provisional plan earlier this month for Covid-19 arrangements concerning the new academic year, according to which non-tertiary education students, teachers and other school staff must return to Macao at least 14 days before the start of classes.

Cross-border students, teachers and other school staff must return to their normal residence, namely Zhuhai or Zhongshan, at least 14 days before the start of school in Macao. Similarly, higher education students, teachers and other staff members must return to Macao, Zhuhai or Zhongshan at least 14 days prior to resuming classes or work in Macao.

Kong noted that his bureau has asked the city’s higher education institutions and schools how many of their students, teachers and other staff members have travelled outside Macao during their summer holiday.

The DSEDJ said last week that “many” local students and teachers had visited different areas in the mainland or had returned to their respective hometowns there during the ongoing summer holiday.

Kong said most of the local students and teachers who had travelled to the mainland have now returned to their normal residence, namely Macao, Zhuhai or Zhongshan.

In addition, Kong noted that mainland students enrolled in Macao’s higher education institutions who have returned to their respective hometowns have been returning to Macao from various areas in the mainland.

Kong pointed out that the start of the new academic year will be an “important activity” in the city’s ongoing process to return to normality following the confirmation of a Delta variant four-member family cluster early this month.

Kong said his bureau and the SSM have decided to carry out Covid-19 prevention measures “with higher standards” for the start of the new academic year, because of which his bureau has now amended certain rules in its plan for Covid-19 arrangements.

According to the amended stricter version of the plan, Kong said, students, teachers and other staff members who have visited any regions outside Macao, Zhuhai or Zhongshan after 6 August must undergo a one-off nucleic acid test within five days before the start of classes.

In addition, according to Kong, students, teachers and other staff members whose family members living with them have visited any places outside Macao, Zhuhai or Zhongshan after 6 August will also need to undergo the one-off Covid-19 test within five days before the start of classes.

According to Kong, the students, teachers and other staff members of non-tertiary and higher education institutions subject to the free one-off test will have to book a test at one of the city’s six regular NAT stations on a specific appointment system for them.

According to Kong, the negative results of the tests cannot be used for crossing the Macao-mainland border as the results will not be displayed on their Macao Health Code.

Cross-border students and teachers with a valid negative NAT result used for crossing the Macao-Zhuhai border will not need to undergo the required one-off test.

According to Kong, those failing to undergo the required one-off test within the required period must pay for a test themselves before being allowed to return to school or campus.

Macao has not recorded a new local Covid-19 case for 20 consecutive days after the Delta variant family cluster was confirmed on 3 August, The Macau Post Daily reported.