First edition of ‘928 Challenge’ delivers MOP 22,000 prize money, aims to foster the development of young entrepreneurs with a global mindset. 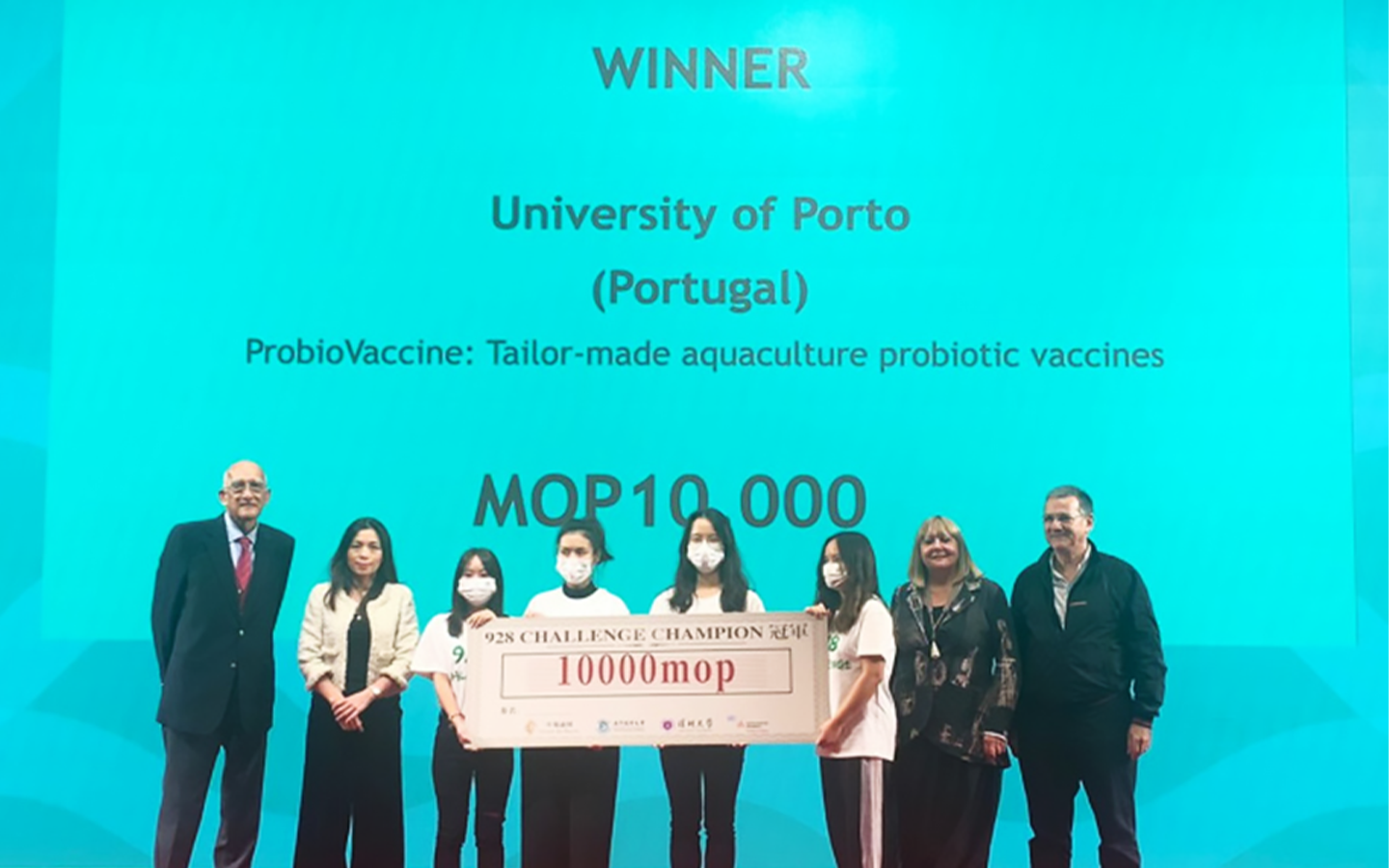 An aquaculture vaccine production project from Portugal’s University of Porto won the first university start-up competition between Portuguese-speaking countries and China, which was held in Macao.

Second place went to a team from Universidade Lusófona Guiné, whose project “Green Energy: From nature, with nature, energetic light for all” aims to install solar panels in eastern Guinea-Bissau.

Sixteen teams took part in the final phase of the “928 Challenge”,  – named after nine cities in the Greater Bay Area (GBA), two special administrative regions and eight Portuguese-speaking countries – 10 from mainland China, Macao and Hong Kong, two from Mozambique, two from Brazil, one from Guinea-Bissau and one from Portugal.

“We had 780 registered students from 51 universities who made up 153 teams with some universities having more than one team,” said Marco Duarte Rizzolio of the City University of Macau (City U), who co-founded the “928 Challenge” with the director from the Faculty of Business, José Alves.

In the first week of the competition, participants were briefed on the business environment in Portuguese-speaking countries and China, while in the second week they developed a business plan, which was oriented towards sustainability.

In addition to deepening academic collaboration between higher education institutions in the GBA and Portuguese-speaking countries (Angola, Brazil, Cabo Verde, Guinea-Bissau, Mozambique, Portugal, São Tomé and Príncipe and Timor-Leste), the competition aimed to identify start-up projects with the potential to be implemented and supported by investors from Macao, the Greater Bay Area or Portuguese-speaking countries and foster the development of young entrepreneurs with a global mindset.

The competition was jointly organised by CityU, the Permanent Secretariat of the Forum for Economic and Trade Cooperation between China and Portuguese-speaking Countries (Macao), the University of Shenzhen and the United Nations University Institute in Macau.