The competition, organised by the Economic and Technological Development Bureau (DSEDT), aimed to “intensify cooperation” with Portuguese-speaking countries in areas of “science innovation and technology”.

A project by Biosolvit, a Brazilian biotechnology company specialising in ​​environmental protection, won first prize, worth MOP 100,000 (US$12,500).

In second and third place, both from Aveiro in Portugal, were projects by Nu-Rise, a radiotherapy start-up, and Ryapurtech, a biopharmaceuticals specialist. They were awarded prizes of MOP 80,000 (US$ 10,000) and MOP 50,000 (US$6,250), respectively.

Two more distinctions were also awarded, both to Brazilian companies, in the amount of MOP 30,000, to the Bioo project (“Award for the Greatest Development Potential in the Greater Bay Area”) and to the Pocket Clinic project, which develops health solutions for diabetics (“Scientific and Technological Value Transfer Award”). 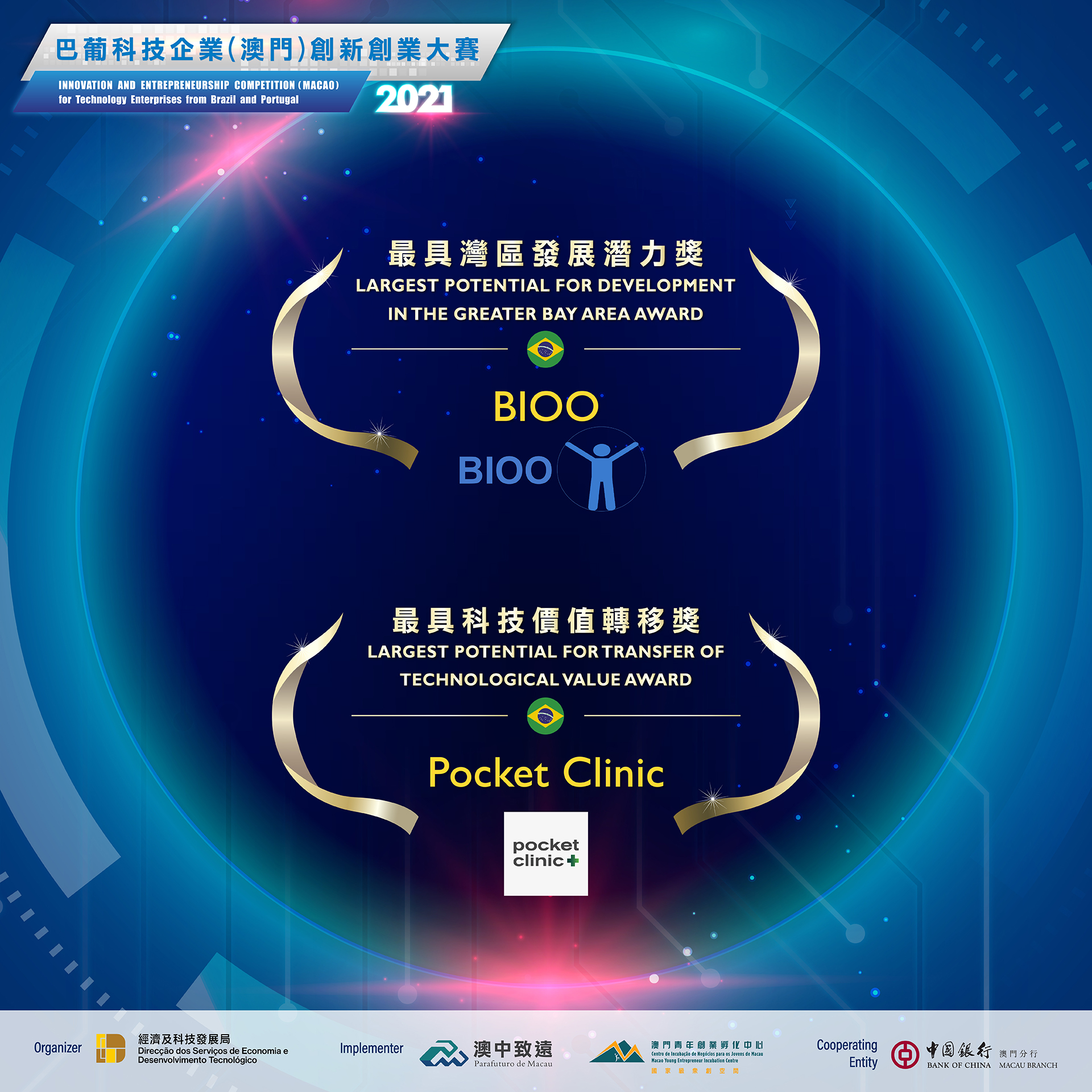 With this competition, DSEDT hopes to “strengthen the role of Macao as a platform between China and Portuguese-speaking countries” and “explore more innovative science and technology projects in Brazil and Portugal”, “helping them to settle in Macao” and allow “the expansion of their business in the interior of China”.

In addition to the cash prizes, the winning companies will be able to visit the Greater Bay Area and connect “with investment and financing institutions and incubators in mainland China and Macao”.

Organised by DSEDT, in collaboration with the Macao Young Entrepreneur Incubation Centre, Bank of China and Parafuturo de Macao, the contest also aimed to contribute to the “diversification of the economy” of the territory, which is heavily dependent on gaming and tourism.

“We hope it can also help Macao to become a hub for their implementation and development in the region and, at the same time, help the enterprises from Brazil and Portugal to gain access to the mainland.