José d’Almeida: the man who planted the seed of Singapore Link copied It’s part of Asian folklore that Singapore grew from a swampy backwater into a phenomenally wealthy trading city in less than a century. That it did so in part thanks to the efforts of a single visionary Portuguese – born in São Pedro do Sul, north of Portugal in 1784, and one of the world’s true Renaissance Men – is one of the entrepot’s little-known back-stories.

The tale starts half a world away at roughly the time that Singapore was founded. Of all the major political changes that took place in Portugal, the Liberal Revolution of 1820 had the most far-reaching effects. Its brutal repercussions affected the Portuguese colony of Macao nearly two years later, when the news finally reached its shores.

Shortly afterwards, Macao descended into a state of political and social upheaval. The Governor and Ouvidor (a magistrate responsible for the colony’s day-to-day affairs) were both arrested; the members of the Leal Senado (Loyal Senate) were removed and others of a more liberal turn of mind elected in their place, a process repeated in other civilian and military institutions.

Most significantly, Macao cut ties binding it to the sister colony of Goa in India and for nearly a year the city thrived as an independent, democratic republic whose declaration of fealty to Lisbon was no more than lip service.

This happy state of affairs lasted until the arrival of a military force sent by the Viceroy of Portuguese India, Dom Manuel da Cámara, an ardent supporter of the absolutist King Dom Miguel I. The main revolutionary leaders were dislodged and arrested, leaving the colony’s intellectual elite facing a stark choice between flight and imprisonment.

Among the imprisoned leaders was one Dr José d’Almeida Carvalho e Silva, the director of Macao’s only hospital, St Raphael’s, located in the building which now houses the Consulate-General of Portugal.

Other jailed revolutionaries included the Rector of St. Joseph’s Seminary, Father Pinto e Maia; the President of the Leal Senado, Colonel Paulino Barboso; his comrade-in-arms António de Holanda Cavalcanti (who would later serve as Minister in various governments of Brazil); and Priest António de São Gonçalo de Amarante, editor of the first Portuguese newspaper in the Far East. Together they were clapped in irons and shipped to Goa to stand trial.

However the shifting political situation enabled the majority to escape and take refuge in the British-run city of Calcutta, where they were provisionally beyond the reach of the Viceroy’s justice.

An offer from Raffles

Exiled and living in fear of imprisonment, d’Almeida was presented with an opportunity by the British adventurer Stamford Raffles that he could not refuse.

Raffles had just recruited Major William Farquhar to oversee the project for which he would become famous – the foundation of a colony at the mouth of the Singapore River at the southern tip of the Malay peninsular. However, he also needed someone to set up health services.

The island of Singapore was covered by swamps that exposed it to various diseases, especially dengue and malaria; public health would be a top priority.

D’Almeida quickly accepted the offer, as Singapore was not unknown to him. During his various voyages in Southeast Asia as a naval physician, he had landed several times in the incipient colony, buying a few plots of land that were going cheap.

At the time, trade between Macao and the ports of Malaya and Indochina was brisk and there were also regular maritime links with Portuguese-owned Timor and Flores in the East Indies. And so, under British protection, d’Almeida embarked on a new odyssey and settled under the Union Jack.

On landing in 1825, d’Almeida established his clinic near the shore on Beach Road, now known as Raffles Place, building his home a short distance away. This spacious mansion would become a meeting place for Singapore’s best artists and musicians and d’Almeida became renowned for his fabulous soirées, even directing plays in his home that would often star many of his 20 sons and daughters.

These events would regularly be recorded for posterity with paintings and illustrations, which were often featured in the newspapers of British India.

The company had its own private quay, eventually opening branches throughout the region, including Macao, and extending its operations as far as  Germany, where one of his sons later settled.

However, d’Almeida found that running the business took time away from his true passions for science and medicine, and he eventually handed over its management to his eldest sons Joaquim and José.

This freed up time for scientific study, with botany his field of choice. D’Almeida began research of the gutta-percha tree with another reputed scientist, William Montgomerie, who had arrived in Singapore in 1819 as a military surgeon. But, like his Portuguese colleague, his activities extended far beyond medicine; at one point, he was both a magistrate and Sheriff of Singapore.

How does my garden grow

Together the scientists founded what would later become Singapore’s botanical garden, located in a swampy area of the city. Gradually drained and propagated with new species, it was later formally laid out and officially handed over to the government. In 2015 it was recognised as a UNESCO World Heritage site. 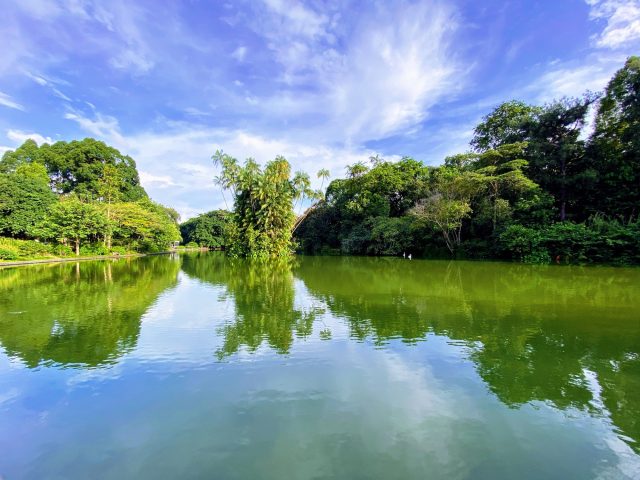 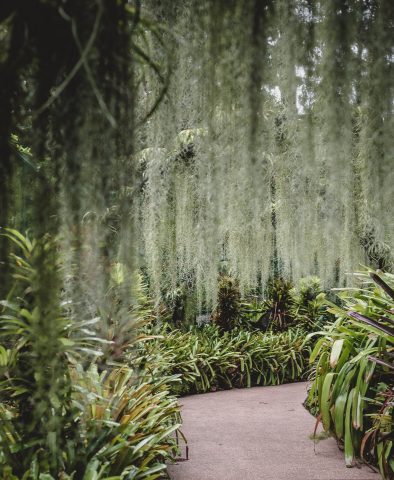 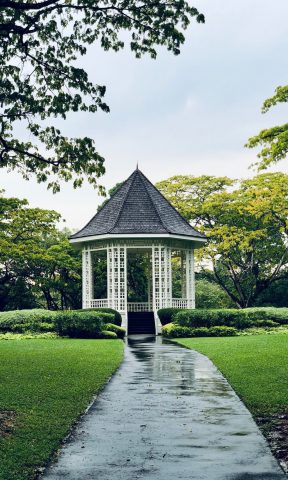 The two scientists’ work focused on the capacity for industrial use of gutta-percha latex, due to its elastic properties. Their experiments led to the early discovery that it could be applied in surgery, specifically for dental moulding and filling. This work led Montgomerie to India, where the latex was registered with the Calcutta Medical Board.

Even though it was developed for surgical medicine, gutta-percha’s first application was in the telecommunications industry, where it was used to insulate underwater telegraph cables laid by England for the first time in 1845. Later it was used in the manufacture of golf balls.

Gutta-percha latex’s industrial use declined with the development of plastics and synthetic resins, however, it is still used today in dentistry, helping to seal dental canals and prevent infection.

As was the fashion of that time, D’Almeida’s experiments also included cross-breeding species to test their possible industrial use. Among others, he experimented with vanilla, cloves and the cochineal, in addition to devoting time to the import of birds, such as quail.

All these species can be still seen today in the city-state’s botanical garden, including a banana-tree species that resulted from his cross-breeding. The pisang d’Almeida, (d’Almeida banana) is now cultivated across Southeast Asia.

Sadly, d’Almeida’s public persona was consigned to historical oblivion in some quarters. His progressive political outlook put him at odds with the Catholic Church, even though he had actively worked with Father Pinto Maia to further its establishment and consolidation in Singapore. Subsequent ecclesiastical biographers did what they could to downplay his achievements.

Others were more eager to recognise his achievements. He was decorated with the Order of Christ by Portugal, raised to the title of Counsellor of Queen Maria II and named Consul-General of the Straits, a region extending from Malacca to Singapore.

The services he rendered to Spain likewise earned him the title of Knight of the Order of Carlos III, while Great Britain granted him an honorary knighthood, the only foreign title recognised in Singapore.

When he died on 27 October 1850, there was an outpouring of grief unprecedented in Singapore’s history, with the city-state’s most prominent figures from all ethnic groups, along with all other citizens able to make the journey, attending his burial ceremony at the Catholic cemetery of Fort Canning.

In the intervening years, d’Almeida has been largely eclipsed by Sir Stamford Raffles, but one of Macao’s most dynamic sons is commemorated today by D’Almeida Street in downtown Singapore – and the Botanic Gardens, a verdant jewel in the city state’s crown, that spread across 82 hectares and which are a tribute to his unbounded horticultural enthusiasms.