Macao has received a record of four Grand and Gold Awards for its achievements in different areas of the tourism industry, announced at the virtual 2020 Pacific Asia Travel Association (PATA) Gold Awards presentation award presentation ceremony on Thursday. 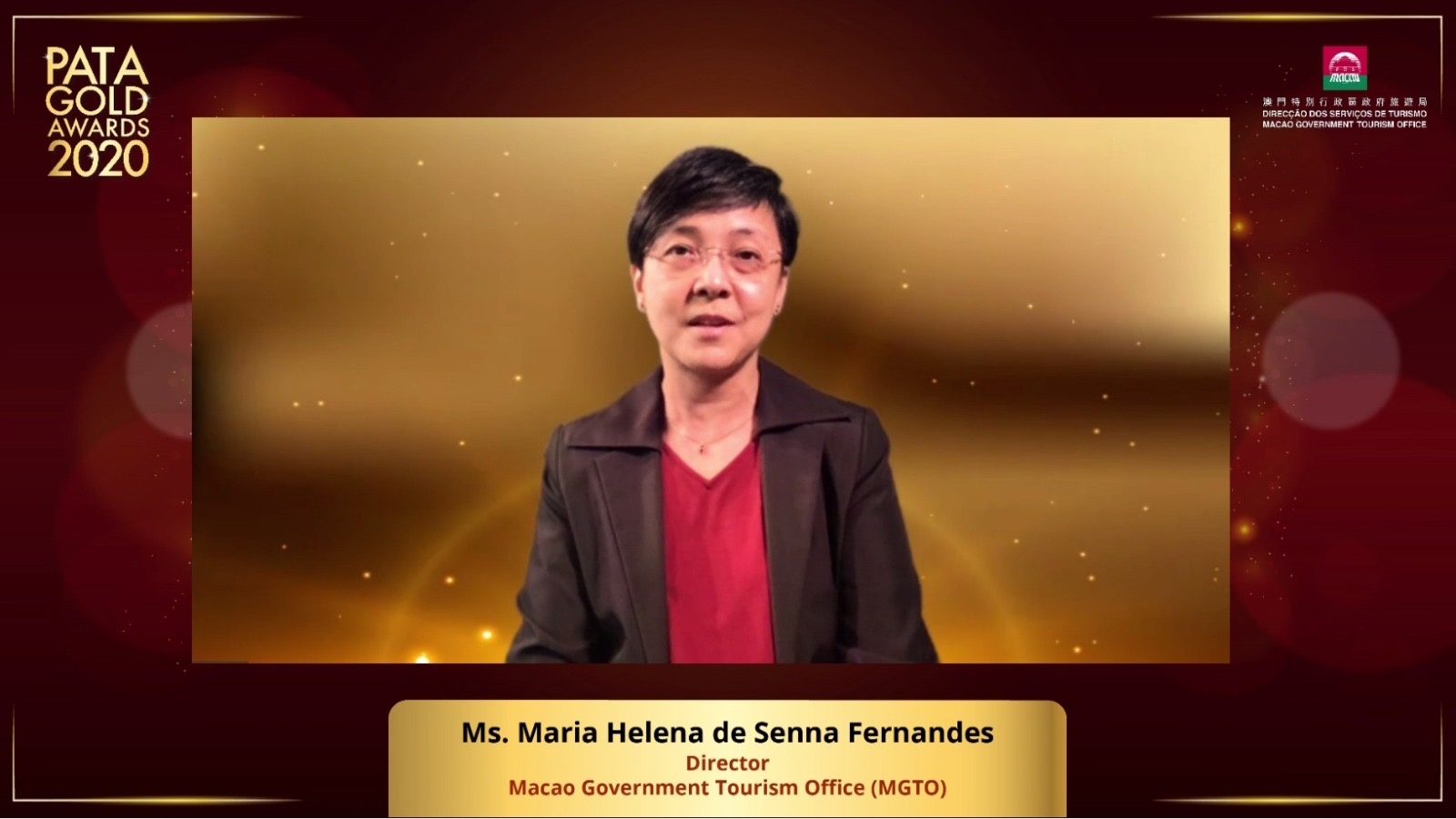 Macao has received a record of four Grand and Gold Awards for its achievements in different areas of the tourism industry, announced at the virtual 2020 Pacific Asia Travel Association (PATA) Gold Awards presentation award presentation ceremony on Thursday.

Two Gold Awards went to the Macao Government Tourism Office (MGTO), one to the Macao Institute for Tourism Studies (IFTM) and one to MGM China.

MGTO received a Gold Award for Digital Marketing Campaign with their “Sustainable Gastronomy – The Great Green Food Journey: Macao“, which was done in partnership with National Geographic. The project shared video stories and articles of Macao’s food industry as it changes into a destination city for sustainable food in Asia. According to the MGTO statement, this is “in line with Macao’s commitments as a UNESCO Creative City of Gastronomy.”

The other Gold Award presented to MGTO was for the Marketing Campaign (National – Asia) category with their “Macao’s Mobile Cafe 2019” by the MGTO USA representative office. A Macao-themed truck in San Francisco featured not only Macanese food but also travel deals and cultural performances. These were integrated with social media campaigns and events like cooking classes to help “raise the destination’s profile in the US market.”

The PATA Gold Award in Human Capital Development Initiative was presented to IFTM for their annual TEd Summit which, according to the MGTO statement, “grooms talent for the tourism and hospitality industry”. “The annual event provides a platform for Bachelor of Science students in their final year of study to present research findings of their thesis or projects examining the operation of the industry, to key industry stakeholders.”

MGM has won the Grand Award in the Human Capital Development Category in the Pacific Asia Travel Association (PATA) Gold Awards 2020 in recognition of its “Unleashing Greatness” project. “Unleashing Greatness” is MGM’s dedicated talent development endeavour, with a strong focus on unleashing the potential and growth of its staff members and different communities. This is an addition to their 2018 Gold Award earned in Corporate Social Responsibility category.

MGM China Holdings Limited Co-Chairperson and Executive Director Pansy Ho Chiu-king said that the company believes that one of the key elements to provide world-class hospitality is to nurture human capital on an ongoing basis.

“We have done so in the past 13 years through our innovative career development programmes and partnerships with different communities,” Ho said. “This pioneering team that we have built together, will be the backbone for Macao to merit its position as the World Centre of Tourism and Leisure and play its part in the integration of the Greater Bay Area.”

The 2020 PATA Gold Awards received a total of 121 entries from 62 organisations worldwide, which included 14 entries from Macao. Winners were selected by an independent judging committee made of 16 individuals from different places. “These awards aim to set standards for excellence and innovation in the tourism industry across the Asia-Pacific.”

MGTO has been in support of the awards since 1995 “as a contribution to help foster a sustainable tourism industry in the region”.