Argentina, Brazil and Jiangsu province will be the partners of Macau’s three-day 2018 Global Tourism Economy Forum next month. 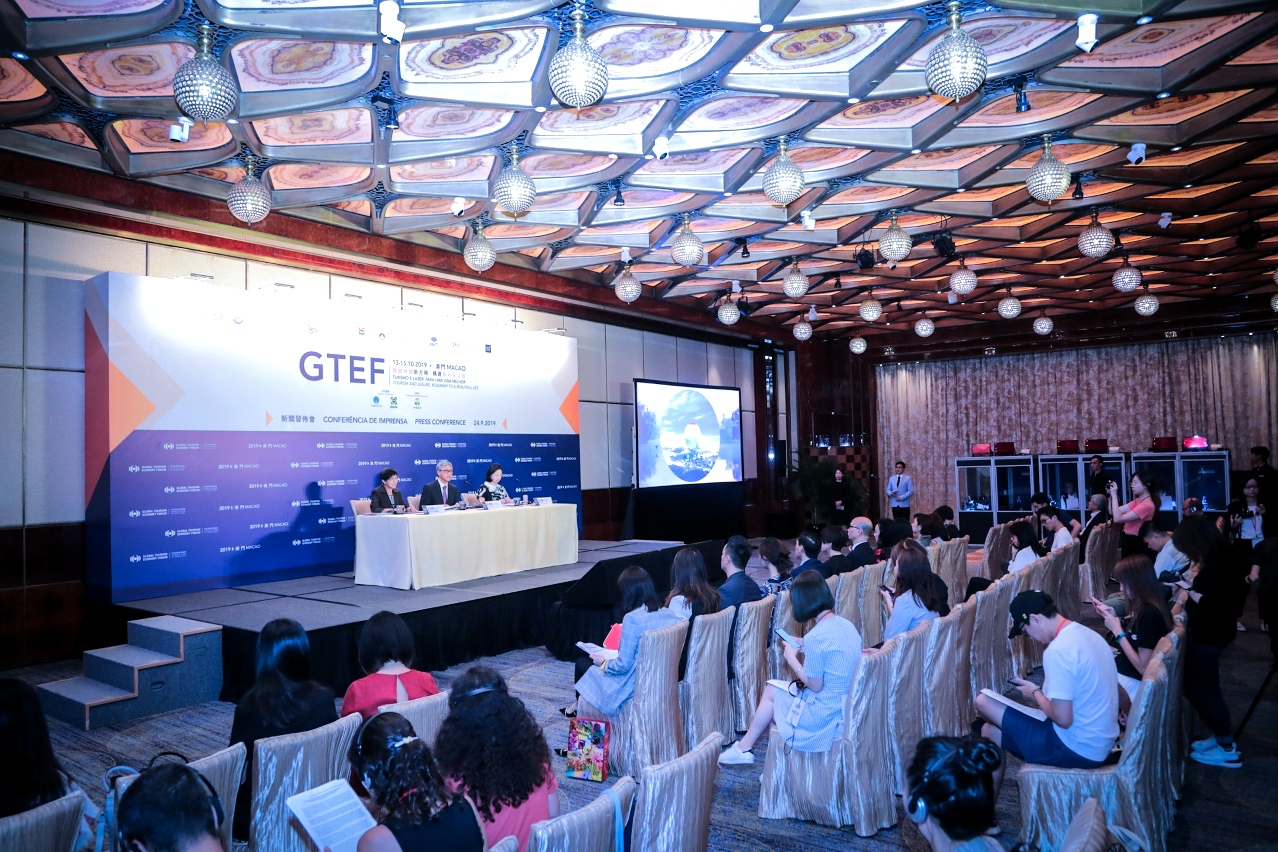 Argentina and Brazil, along with Jiangsu province, will be the partners of Macau’s three-day 2018 Global Tourism Economy Forum (GTEF) next month, GTEF Vice Chairwoman and Secretary-General Pansy Ho Chiu King said on Tuesday.

While the two South American countries will be the event’s partner countries, Jiangsu will be its featured partner province.

Ho made the remarks during a press conference about the forum which has been held in Macau annually since 2012.

Ho is the co-chairperson and an executive director of Hong Kong-listed MGM China Holdings.

The European Union (EU) was the partner region of last year’s Global Tourism Economy Forum, while Guangdong province was its featured partner province.

‘Roadmap to a beautiful life’

According to Tuesday’s press conference, this time the forum’s theme will be “Tourism and Leisure: Roadmap to a Beautiful Life”.

The 8th GTEF will take place on October 13-15 at MGM Cotai and Grand Hyatt Macau in Cotai.

Addressing the press conference, Ho said that it was vital for Macau’s tourism to continue its integration with the overall national development, deepen strategic cooperation and stimulate innovation in the industry.

Ho said, “The forum has established itself as a fixture of Macau. Through our platform, we strive to strengthen the connections between the global tourism industry and its related industries to embrace the country’s ‘holistic tourism’ and ‘tourism plus’ strategies, and to promote the sustainable development of the tourism economy.”

During the press conference, Ip noted that Macau stands as a major hub along the central government’s Belt and Road Initiative (BRI) and also as one of the core cities in the Guangdong-Hong Kong-Macau Greater Bay Area, adding that the central government has been strongly supporting Macau in developing itself into the “one centre, one platform, one base”. Ip said that with the various significant opportunities, Macau’s tourism industry was reaching a new development milestone.

Ip said, “The forum is a locally-established international tourism brand that has been delivering Macau’s unique constitutional, cultural and geographical advantages. It demonstrates Macau’s resolve to promote the sustainable development of the global tourism economy.”

“One centre” refers to Macau’s aim to become a world centre for tourism and leisure; “one platform” refers to the economic and trade cooperation platform between China and Portuguese-speaking countries (PSCs); and “one base” refers to the base of multiple cultures’ co-existence with Chinese culture as the mainstream in Macau, according to previous announcements by the local government.

Former Macau chief executive Edmund Ho Hau Wah chairs the forum. Ho is a vice-chairman of the National Committee of the Chinese People’s Political Consultative Conference (CPPCC). Secretary for Social Affairs and Culture Alexis Tam Chon Weng is the executive chairman of the forum. According to the Macau Post Daily, neither attended Tuesday’s press conference.