Scheduled for completion by 2025, the development is due to comprise 4,800 units as well as retail space and a public transport interchange. 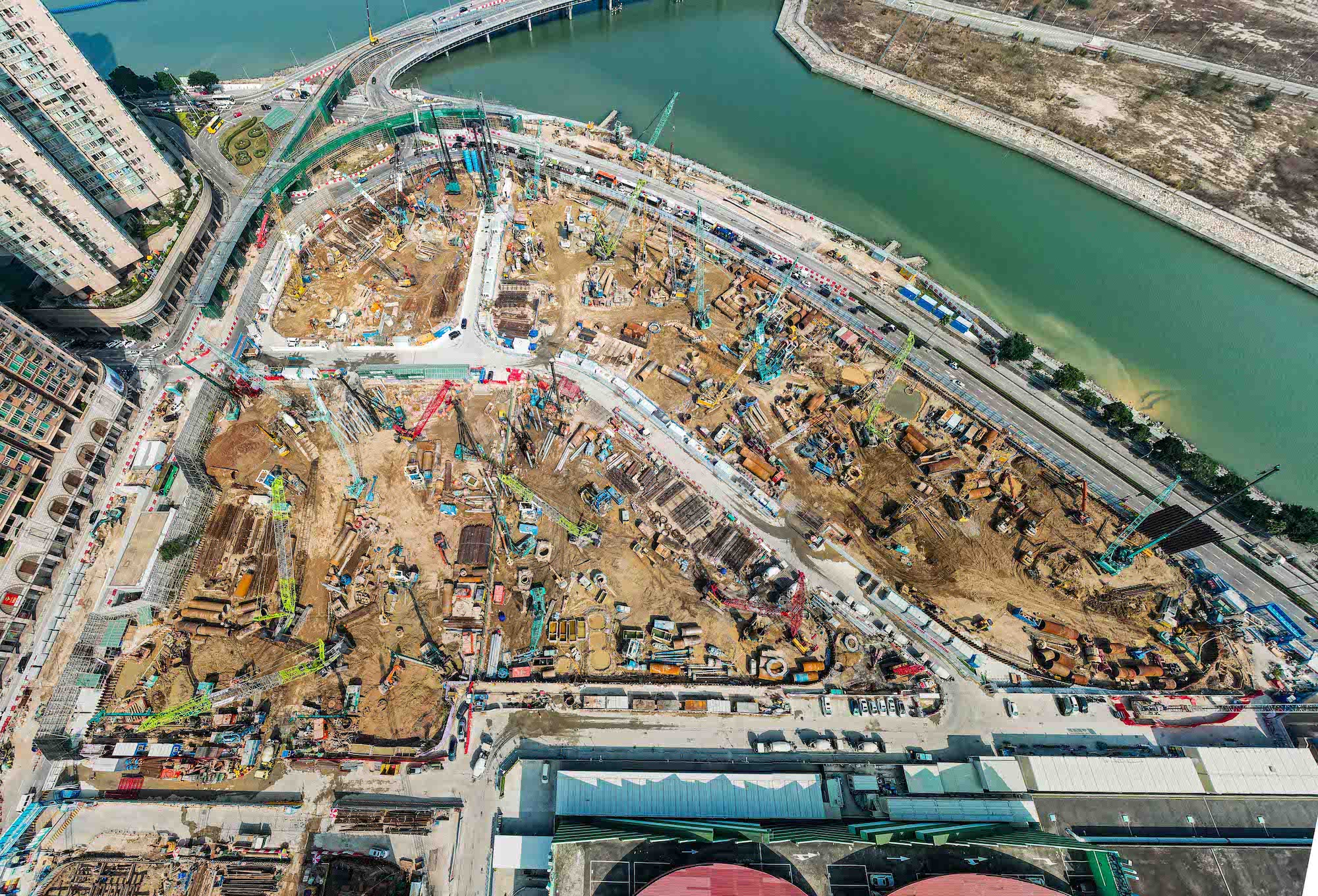 Work for the new pile foundation for the temporary housing and home-swap housing units on Lot P has begun, Macau Urban Renewal (MUR) has announced, adding that the project is “progressing according to plan”.

Lot P, located in Area Preta (Hac Sa Wan), is the former plot of the Pearl Horizon residential project, which was a land concession annulled in early 2016.

The MUR underlined that construction on Lot P, which consists of three lots of land and public roads near the Hong Kong-Zhuhai-Macao Bridge entrance, began in the middle of last year, with abandoned pile caps removed while existing piles were also tested. The MUR noted that the structure is “of podium-style building”, featuring “a green deck, retail space, public transport interchange, two new public roads 24 metres wide, [with] each including carriageways and pedestrian walkways [and] fire lanes”. The project will also have pedestrian zones and a footbridge.

The construction project is planned to be completed in 2024, providing around “2,900 car parking spaces and over 1,000 motorcycle parking spaces”.