The government has decided to bring forward the payout of its annual wealth-sharing handouts to residents by about half a year in response to the adverse impact of the novel coronavirus outbreak on Macau's economy. 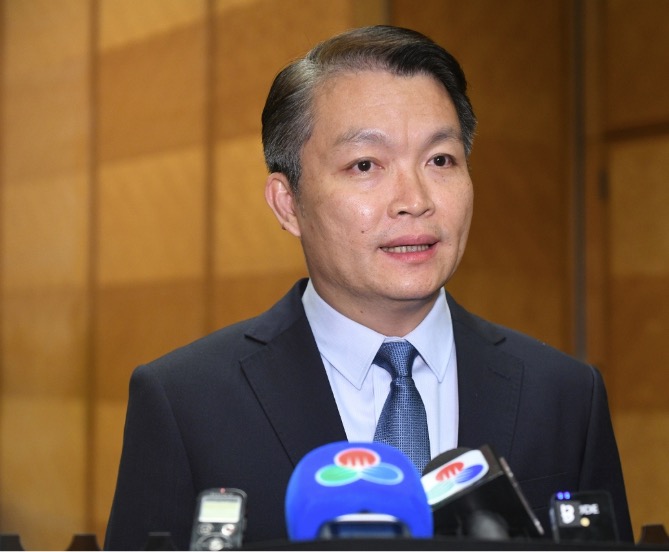 In response to the adverse impact of the novel coronavirus outbreak on Macau’s economy, the government has decided to bring forward the payout of its annual wealth-sharing handouts to residents by about half a year, Secretary for Economy and Finance Lei Wai Nong said on Friday during the government’s daily press conference about the Wuhan virus threat.

Lei said the measures aimed to help residents facing financial difficulties as a result of the economic downturn caused by the outbreak. The policy secretary said the government would start paying out the handouts in April. In previous years, the handouts were customarily paid out over several weeks in the summer.

“We believe there are Macau residents who are facing economic difficulties,” Lei said.

The government said last year the payouts would cost the Treasury some 7.1 billion patacas.

Residents are entitled to the payouts irrespective of nationality, place of birth and age.

Meanwhile, Lei also said that the government was preparing special support measures for the city’s small- and medium-sized enterprises (SMEs) while also waiving for three months from tomorrow business owners’ rent payments for government-owned properties. He said the measures aimed to help the local economy badly battered by the Wuhan virus crisis get back on its feet.

Local business owners told The Macau Post Daily on Friday that they expect Macau’s gaming- and tourism-dependent economy to be hit hard by the crisis.

“Not only casinos and tourism but also the retail sector and restaurants will be severely affected by the crisis,” the owner of an advertising company said, asking not to be named. According to the manager of a Chinese restaurant in the city centre, receipts have been down by about 70 per cent since Chinese New Year’s Eve last Friday.

Meanwhile, Lei’s office said in a statement tonight that the government was determined to “guarantee” local people’s employment and increase investment in infrastructure projects, apart from boosting domestic demand with the aim of “stabilising the economy and guaranteeing employment.”

The statement revealed that Lei met this week with representatives of Macau’s major business associations including the influential Macau Chamber of Commerce (ACM).

In the statement, Lei also urged the private sector to follow the government’s lead in waiving or reducing rent payments for a period of time. Lei said the main objective of the initiative was to help Macau’s micro- and small- and medium-sized enterprises cope with the difficult situation caused by the novel coronavirus crisis. He said the government was also considering tax rate adjustments and, once the coronavirus situation has been brought under control, specific measures to boost consumption.