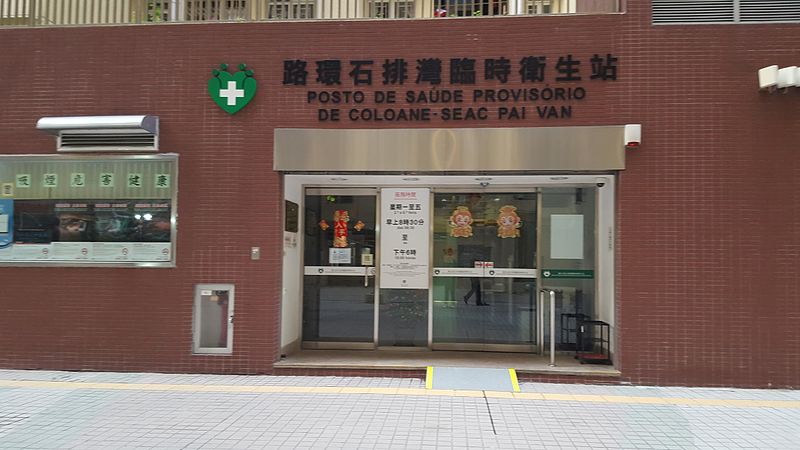 The Health Bureau has been ordered to pay MOP 118,684 to a parent (referred to as A) whose tailbone (coccyx) was accidentally broken at the Seac Pai Van (Coloane) Temporary Health Station, where their son was being inoculated, the Court of Final Appeal (TUI) has announced.

According to the TUI, on 21 March 2018, A, whose gender was not revealed, took the boy to the Seac Pai Van (Coloane) Temporary Health Station to get vaccinated. A said that in the vaccine room, the son was sitting on A’s lap while the parent was sitting on a chair when the nurse was inoculating the son with two jabs and then asked another SSM medical worker (referred as B) for assistance.

As the son needed to have his third jab in his thigh, A followed the nurse’s instruction and temporarily stood away from the chair to lay the son on a bed.

As the room is small and in order to make room, B moved the chair without telling A.

After the son had been vaccinated, A was going to help the son put his shoes back on, but did not know that the chair had been moved, so when sitting down, where the chair had been, A fell heavily on the ground breaking their tailbone.

A doctor said that A’s tailbone had been fractured, pointing out that the recovery period ran from 21 March to 8 June 2018. A reported the case to the Public Prosecutions Office, and accused B of breaching Macao Penal Code Article 142, that is “causing physical harm by negligence”.

The Court of First Instance (TJB) ruled that the bureau had to pay MOP 98,684 in compensation for A’s injury, comprising MOP 67,946 for A’s loss of salary, MOP 738 for A’s medical treatment, and MOP 30,000 for non-physical property damage.

A disagreed with the ruling and appealed to the Court of Second Instance (TSI). A said that MOP 30,000 for non-physical property damage was insufficient  compensation for the pain experienced and urged the TSI panel of judges to increase the compensation to no less than MOP 100,000.

The panel considered that A’s injury had caused extreme inconvenience to their daily life such as having an 80-day recovery period, experiencing extreme back pain, not being able to take care of family, and causing emotional instability due to the injury. The court said in order to compensate A for the difficulties experienced due to the accident, the compensation for non-physical property damage should be MOP 50,000, whereas the other payments would remain the same.

Consequently, the TSI panel ruled that the bureau should pay A MOP 118,684 as compensation plus interest, The Macau Post Daily reported.