Society for the Protection of Animals (ANIMA) President Zoe Tang told the Macau Post Daily recently that the trap-neuter-release (TNR) approach was the only way to help reduce the number of strays in Macao. 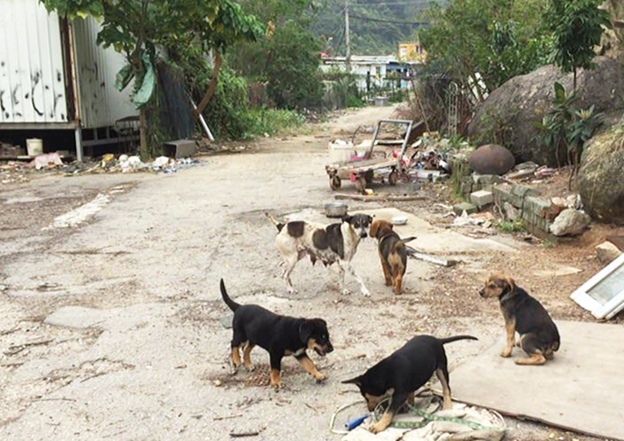 Society for the Protection of Animals (ANIMA) President Zoe Tang told the Macau Post Daily recently that the trap-neuter-release (TNR) approach was the only way to help reduce the number of strays in Macao.

The issue about whether the TNR approach is suitable for Macao drew a lot of public attention recently. Last month, eight animal protections groups submitted a petition saying that the government’s way of catching then euthanising the strays would never be able to catch up with the multiplication of the stray population.

During an interview with the Macau Post Daily a fortnight ago, Tang shared a similar idea. She said that if the Municipal Affairs Bureau (IAM) captures the baby strays but not the parent strays, the problem would continue. She added that if IAM officials continue to capture the strays but animal protection groups don’t want the bureau to euthanise the strays, then the only thing the groups could do is to rescue them and take them to their shelters.

However, Tang pointed out that the shelters would be saturated, and if they overload their shelters the animals would be living in poor conditions. Tang said that the current method doesn’t solve the challenge of reducing the number of strays but is only burdening the city’s animal protection groups even more.

According to Tang, there are about 700 strays in Macao, most of them in Coloane. She said that about 300 are females. She pointed out that before animal protection groups started to take care of the strays, Coloane had as many as 2,000.

Tang said that her organisation has a rescue team to locate stray animals in Macao, adding that it has a map that pinpoints the number of stray animals and their whereabouts. She said that her group mainly feeds the strays and uses its own method to implement the TNR approach. However, she added, her group does not have enough staff to help feed the strays.

“Now, we have workers to help feed the stray animals. The workers are people in the nearby area. My organisation provides the food for strays and they will help us distribute it. It took us quite some time to convince people living nearby to become our ‘workers’ but some turned out really nice and called my organisation whenever something happened to the strays,” Tang said when explaining her rescue team’s role.

Tang said that her group works even when typhoon signal No. 8 or 10 has been hoisted because if her workers do not feed the strays, they might leave the area to look for food, then it’s harder to track them. She also said that sometimes the strays run on the roads while looking for food or fight with other strays for food and end up being injured or killed. Therefore, she stressed the importance of feeding them at the same time in the same area.

‘TNR is the only way out’

Tang said the reason why the number of strays, especially dogs, was reduced in the past few years was because the animal protection group started to neuter some of them. She said her organisation neuters 100 dogs per year. “We [her organisation staff and her] neuter a dog almost every other day,” she added.

“We cannot force people to adopt our [ANIMA’s] dogs but our shelter is almost full, so the TNR [approach] is the only way out,” Tang said.

Tang said that the government collaborating with animal protection groups was the key to a successful TNR approach. She said that the Municipal Affairs Bureau has the resources and vets to make the TNR approach a reality, adding that if the bureau agrees to help capture the strays and neuter the 300 female strays, the animal protection group could neuter the remaining male dogs. She pointed out that from capture, neuter to release, the whole process doesn’t take longer than a week.

Tang also said there were a lot of details that needed to be discussed, adding that the TNR approach did not only involve the three named steps – trap, neuter, release. She said that the bureau needed to also discuss what happens to the new strays and other aspects of the approach.

When asked what other measures the government could take to help reduce the number of strays, Tang said that first of all the penalties should be increased. She added that, to a certain extent, low penalties encourage people to abandon their pets.

“When one’s pet is aged and paralysed, then the owner can pay MOP 1,000 to have it euthanised, and there wouldn’t be any other consequences,” she said.

Tang also said that the government should also force pet owners to have their cats microchipped. She also suggested creating a “blacklist”, according to which owners who had abandoned their pets previously would be blacklisted and would not be able to have another pet for a period of time or even forever.

“The blacklist idea was rejected by the Municipal Affairs Bureau because its officials said that this was a violation of human rights and freedoms,” Tang told the Macau Post Daily.

Tang said other than increasing the punishment for pet owners, the government could also limit the number of pet shops. She said that usually abandoned pets are mongrels that usually are not the most attractive breed, therefore people like to purchase a pure breed. However, she added, this leads to a cycle in which most people would rather purchase than adopt a pet.

Tang also provided other suggestions, for example, when people take their pets to the Municipal Affairs Bureau to give them up, the officials could try to talk them out of it or educate them about animals’ lives.

Tang said that she has 13 cats that all have different kinds of sickness. She recalled the incident of her adopting one of them named “Lollipop”.

“ANIMA rescued her. At first, her eyes were oozing black liquid and I thought it was an eye disease. It turned out that her eyes were seriously infected, and her eyes needed to be removed. In the first 14 days after the surgery, I was so worried about her but it turns out that she could go to the toilet and come ask for affection like any other cat,” she said in a joyous tone while showing a picture of her beloved cat.

She said that even though her cats are sick, they all behave like any other cat. In other words, she was encouraging people to adopt animals.

According to Tang, many people in Macao have pets, yet there are more cat owners than dog owners because people think that cats take less time to care for.

“You would think the COVID-19 pandemic has only affected humans, but pets have been affected too,” Tang said.

Tang said that since the outbreak of the COVID-19 pandemic, many non-resident workers who got fired from their job were forced to return their adopted pets. She said that is due to the fact that they are usually only given a few days or a weeks’ notice and they don’t have enough time to process the documents to take their pets with them.

Tang also said that there are local workers who lost their job during the novel coronavirus pandemic and cannot afford to have a pet anymore. She said that’s a pity for both the pet and the owner – the pets finally had a home, yet the pandemic took it away from them.

Tang warned future pet owners to think twice before having a pet because it is a life-long responsibility. She noted that a dog can live around 10 years or more, and within those 10 years, one might want to travel, emigrate, get married, or have a child.

“Could you promise your pet that you would not abandon it under all these situations?” Tang asked.