One injured: cause of fire still unknown 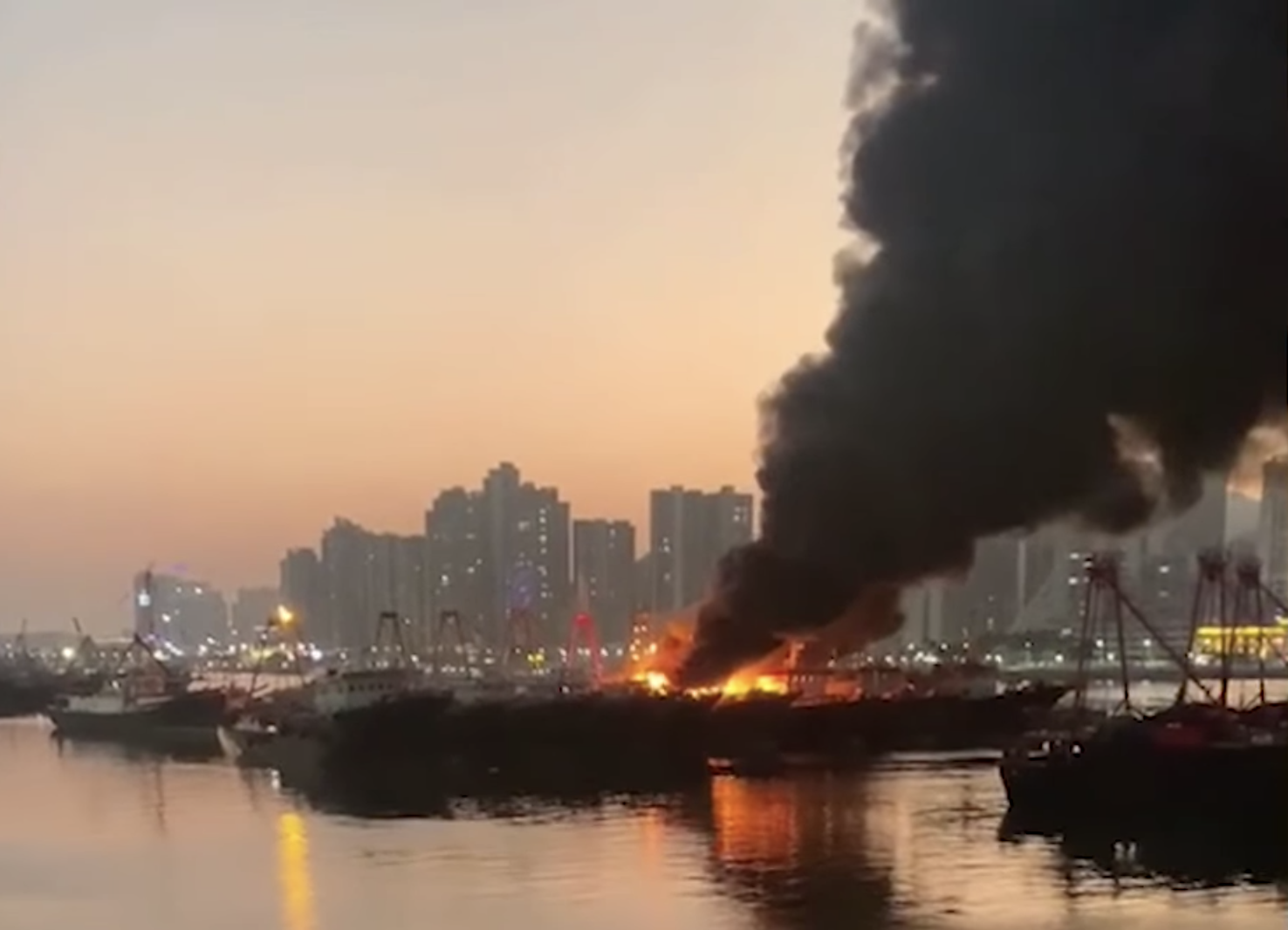 A fire which broke out yesterday evening on a fishing vessel moored by the Patane Market Municipal Complex in the Inner Harbour swiftly spread to two others nearby.

One person on board, whose gender remains unknown, sustained a slight head injury and was taken to Kiang Wu Hospital.

More than a dozen mainland and local marine boats scrambled to tackle the fire, which was brought under control in 30 minutes and the fire was completely extinguished at around 10 pm. The Fire Services Bureau also dispatched eight vehicles and 39 firefighters to the scene “as standbys”.

A Marine and Water Bureau (DSAMA) vessel towed the gutted fishing boat which had been the origin of the fire to Pier 28. Firefighters confirmed nobody was trapped inside and continued hosing it down.

DSAMA Director Susana Wong Soi Man said that an investigation would be carried out to establish the cause of the fire, and that her department had yet to establish contact with the owners of the damaged boats.