The government will arrange for the city’s restaurant employees to undergo a one-off Covid-19 test in the near future. 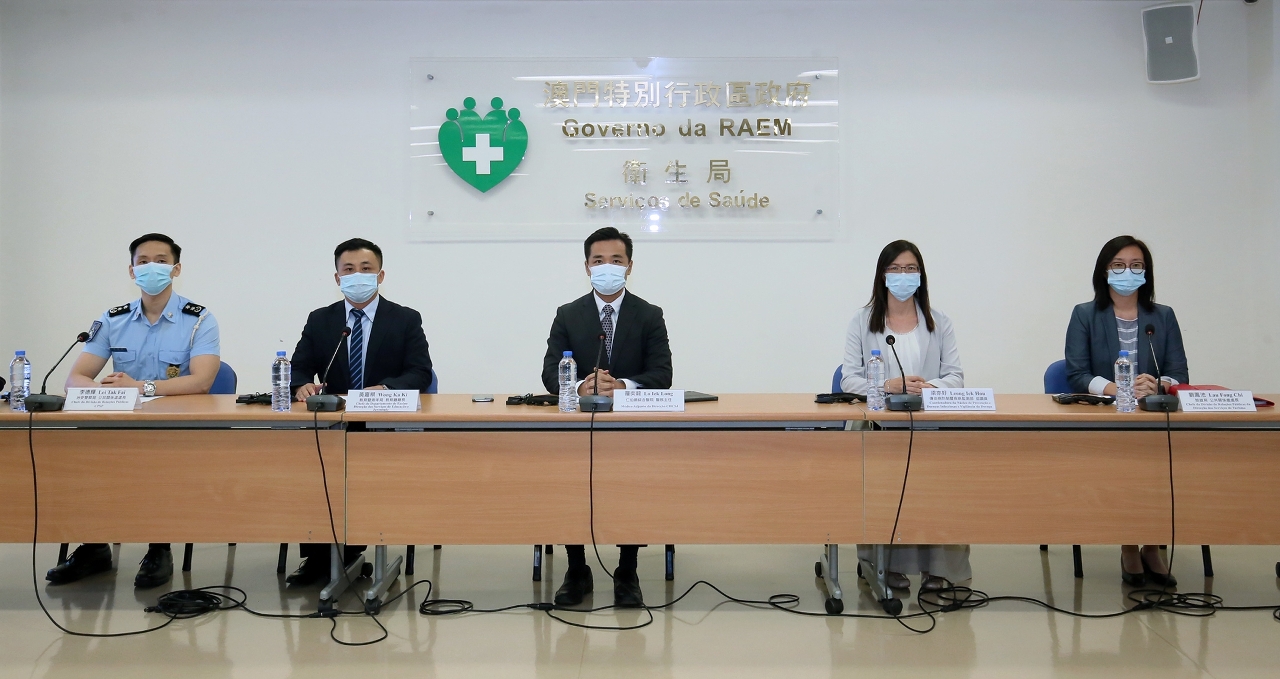 Addressing Monday’s press conference about Macao’s novel coronavirus situation, Alvis Lo Iek Long, a clinical director of the public Conde de São Januário Hospital Centre, said that the government would arrange for the city’s restaurant employees to undergo a one-off Covid-19 test in the near future.

Lo said that after completing the Covid-19 tests for restaurant employees, the Health Bureau would arrange for public transport drivers to undergo a one-off nucleic acid test (NAT).

The Health Bureau said last week that it has “basically” completed one-off nucleic acid tests for all casino frontline workers – such as dealers, cage workers and security guards – of the city’s six gaming operators, totalling over 53,000, adding that all of them have tested negative for Covid-19. The bureau said that only very few casino frontline workers had still not undergone their one-off nucleic acid test.

According to previous announcements, the Health Bureau has carried out one-off Covid-19 tests for: 1) school teaching staff, 2) social service facility staff members, 3) fisherfolks, 4) those in the frozen food sector, 5) fish vendors and 6) immigration officers, in addition to casino frontline workers.

Macao has not recorded a new Covid-19 case for 66 days, while no local case has been confirmed in 155 days, Lo noted.

Meanwhile, Lo also announced that from today the Macau Forum NAT station in Zape will also be operated by Kuok Kim (Macau) Hygiene Examination Company Limited – the third-party testing institution which has been carrying out Covid-19 testing at the main testing station of the government’s NAT scheme in the Taipa Ferry Terminal in Pac On.

The Macao government launched its NAT scheme on 7 May when its first and main testing station at Pac On started operating. The Health Bureau has commissioned Kuok Kim to carry out Covid-19 testing there. The Macau Forum testing station, which came into operation on 21 July, had been temporarily operated by the Health Bureau before today’s transfer of operation to Kuok Kim.

As previously when the Macau Forum testing station was operated by the Health Bureau, those undergoing their nucleic acid tests there will also have their sample collected via a nasopharyngeal swab, despite today’s transfer of the testing station’s operation, Lo said.

Those who want to have their sample collected via an oropharyngeal swab have to undergo the tests at the Pac On testing station.

Residents who plan to visit the mainland have to make an appointment online to be tested for Covid-19 under the Macao government’s NAT scheme so that they can present a NAT certificate confirming that they have tested negative for Covid-19 when entering the mainland.

Lo said that the Health Bureau has decided to transfer the operation of the Macau Forum testing station to Kuok Kim now as the third-party testing institution has been carrying out Covid-19 testing at the Pac On testing station increasingly smoothly.

Lo said that it is the Macao government’s policy that all Covid-19 testing for residents who plan to leave Macao will ultimately be carried out by third-party testing institutions. Lo said that therefore the Health Bureau can now focus on carrying out Covid-19 testing for medical purposes, namely for confirmed and suspected Covid-19 patients, those who have been in close contact with confirmed Covid-19 patients, those with a fever or any respiratory symptoms, and those undergoing quarantine.