Secretary for Security Wong Sio Chak says that the local government expects the Qingmao border checkpoint to come into use in the second half of this year. 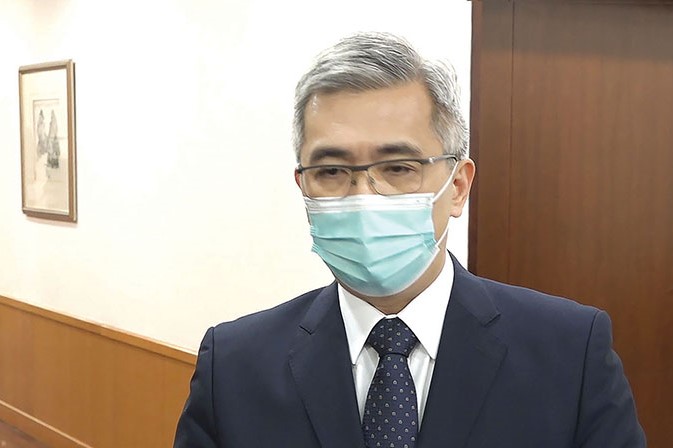 Secretary for Security Wong Sio Chak says that the local government expects the Qingmao border checkpoint to come into use in the second half of this year.

The Qingmao checkpoint in Ilha Verde will be a land border crossing for pedestrians only, the first of its kind in Macao.

Wong said that according to information provided by the local government’s public works entities, the Qingmao checkpoint project is expected to be completed in April, after which Macao’s law enforcement agencies will install and test equipment and facilities at the checkpoint and also carry out tests of the checkpoint’s ability to handle traveller flows, together with their Zhuhai counterparts, Wong said.

Wong said that the installation and testing of the equipment and the traveller flow pressure tests are expected to take a few months before the checkpoint could come into use.

Wong said that the exact time of the checkpoint’s operational start will be jointly decided by the Macao and Zhuhai governments before it is to be approved by the central government.

According to the Macau Post Daily, joint Macao-mainland immigration and customs clearance system, officially known as “joint inspection and one-time release”, will be adopted at the future Qingmao checkpoint – a 24/7 operation – where travellers will be required to pass border controls only once when completing their departure and arrival formalities.