Filipina who works as a domestic helper in Macao and returned to her home country on 29 June has tested positive for Covid-19 there. 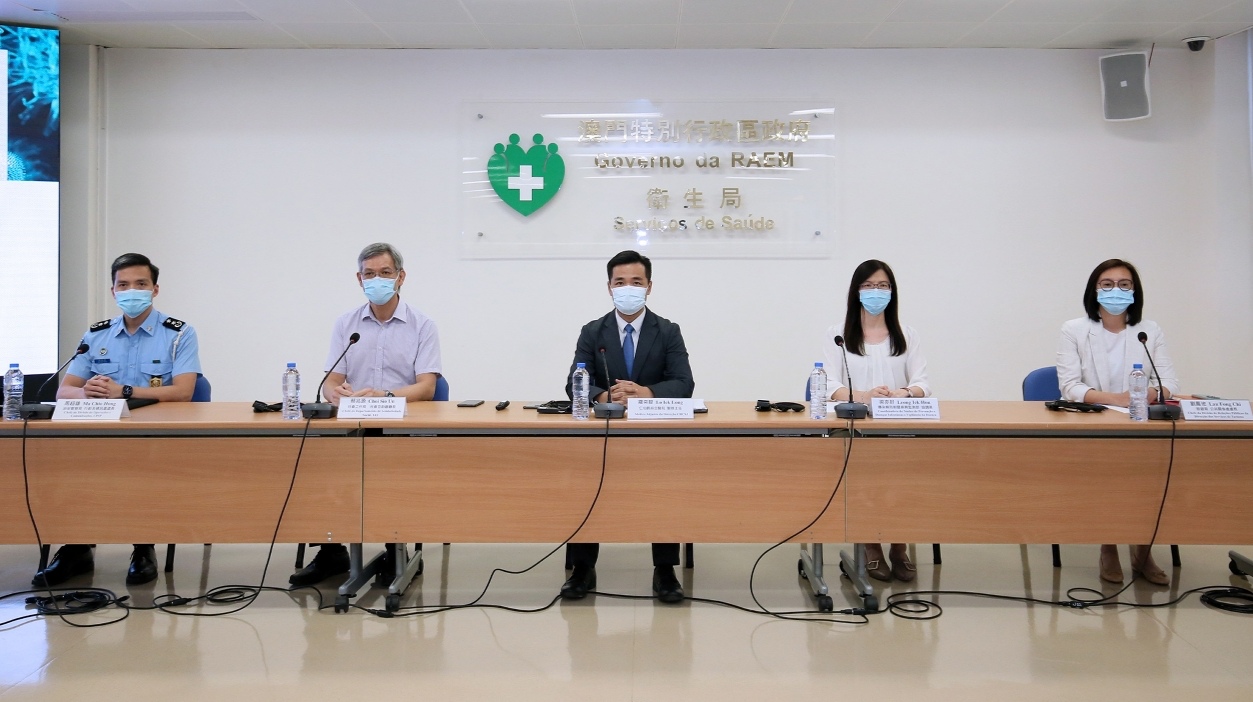 Addressing Wednesday’s press conference about Macao’s novel coronavirus (Covid-19) situation, the Health Bureau’s (SSM) Control of Communicable Diseases and Surveillance of Diseases Department Coordinator Leong Iek Hou revealed that a Filipina who works as a domestic helper in Macao and returned to her home country on 29 June has tested positive for Covid-19 there.

Leong also said that the family of four – the maid’s employer – and four non-resident workers who were sharing a bedroom with the Filipina in the same boarding-house have been transferred to quarantine and medical observation at one of the government’s “quarantine hotels”.

Leong stressed that her bureau has determined that the Filipina has been infected with the novel coronavirus disease in her home country rather than in Macao, adding that the quarantine imposed on the eight people in Macao was merely a “just in case” measure.

Leong said that the Filipina’s employer called the hotline of the government’s Novel Coronavirus Response and Coordination Centre on Wednesday morning, saying that her domestic helper flew from Macao to Manila on a chartered plane on 29 June and told him over the phone on Wednesday morning that she has been diagnosed with the novel coronavirus disease in her home country.

Leong said that therefore her bureau immediately arranged for the employer and his three family members, as well as four non-resident workers who were sharing a bedroom with the Filipina in a flat used as a boarding-house, to undergo a nucleic acid test (NAT) each, adding that all of them have tested negative for Covid-19.

Leong said that after considering the time when the Filipina was diagnosed with the novel coronavirus disease and the Covid-19 situation in Macao and the Philippines, her bureau has concluded that the probability of the Filipina having been infected in her home country was high.

Leong said that her bureau was contacting the other four non-resident workers who sleep in another bedroom in the boarding-house to arrange for them to undergo a nucleic acid test each as well. Leong said that if they test negative for Covid-19, her bureau will require them to practise “self-health management”, adding that they will not have to undergo hotel quarantine as they had “hardly” been in touch with the Filipina in the flat.

Leong said that the Macao Health Bureau has contacted the Philippine health authorities asking them about the details of the case.

Meanwhile, Leong also said that the health authorities in Manila still have to provide the Macao Health Bureau with follow-up information on the case in which a 29-year-old pregnant Filipina who flew from Macao to Manila on 18 June was diagnosed with the novel coronavirus disease in the province of Davao de Oro last Thursday. Leong said that therefore her bureau was still unable to contact her so that it still did not know her travel history in Macao before returning to her home country and the contact information of the people in Macao with whom she had been in touch.