Macao’s 47th Covid-19 patient has not been infected with the more contagious mutant strains of the novel coronavirus in Brazil, South Africa or the United Kingdom. 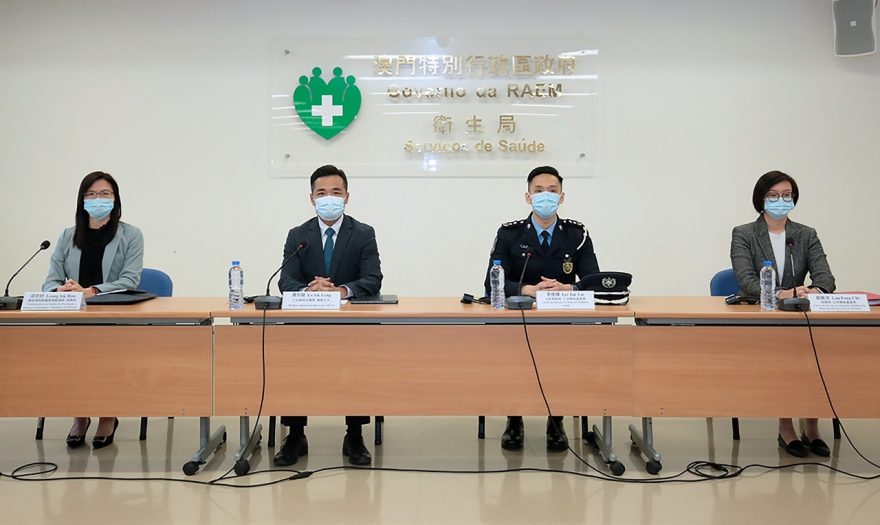 Alvis Lo Iek Long, a clinical director of the public Conde de São Januário Hospital Centre, announced on Monday that Macao’s 47th Covid-19 patient – who had departed from Dubai to Tokyo via Singapore last Tuesday – has not been infected with the mutant strains of the novel coronavirus in Brazil, South Africa or the United Kingdom that are more contagious.

According to Lo, the woman has been infected with the D614G strain, the now most common one spreading in the world. Lo also said that after analysing the woman’s antibodies and her current condition, the Health Bureau has concluded that she was infected with the novel coronavirus at least three weeks ago.

Macao has not recorded a new Covid-19 case for three days, while no local case has been confirmed in 302 days.

Macao has recorded 47 Covid-19 cases since 22 January last year, 45 of which have been classified as imported, while two cases have been classified as “connected to imported cases”. The 47th case was confirmed on Friday. The patient is a 43-year-old local woman who took an Air Macau flight to Macao from Tokyo on Thursday night.

The first 46 patients have all recovered and been discharged from hospital, and no fatalities have been reported in Macao. The 47th Covid-19 patient, who is asymptomatic, is undergoing treatment in the isolation ward of the public hospital.